Before you call an Uber or a Lyft, you'll want to know about 'Vomit Fraud' 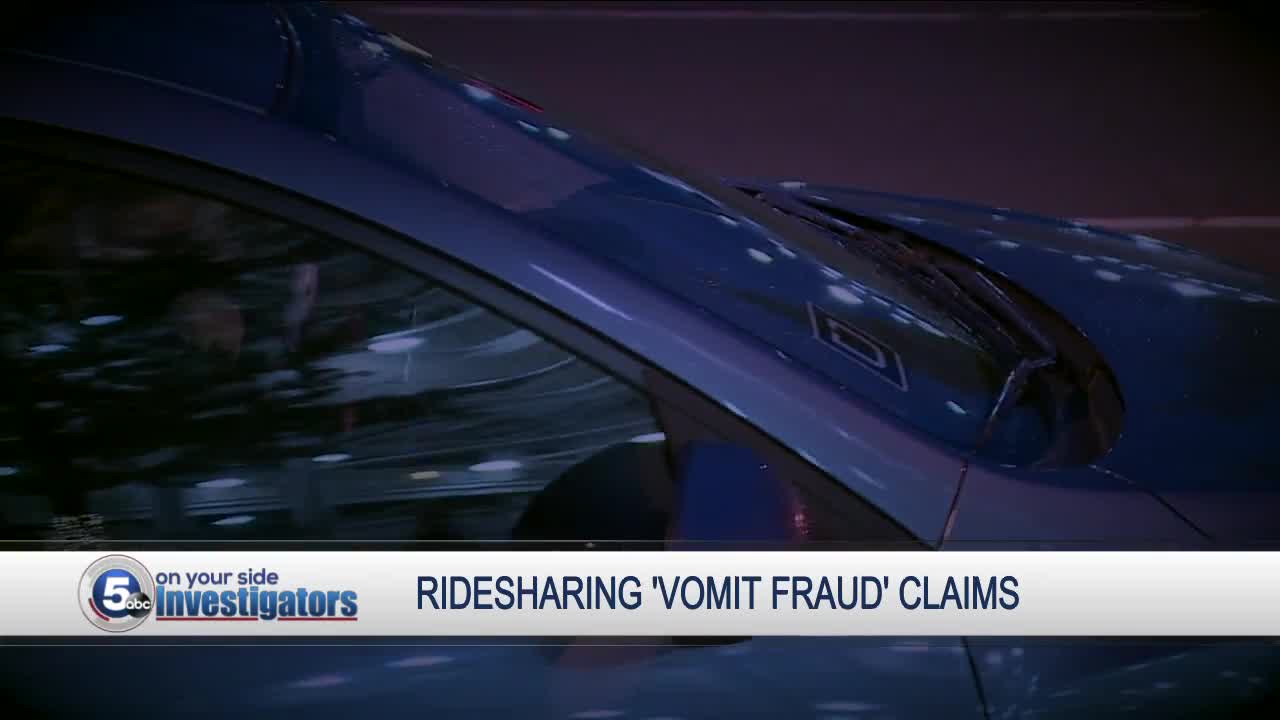 Tonight is one of, if not the biggest night of the year at local bars as people come in for the holiday. But before you call that Uber or Lyft, you'll want to know about "vomit fraud." 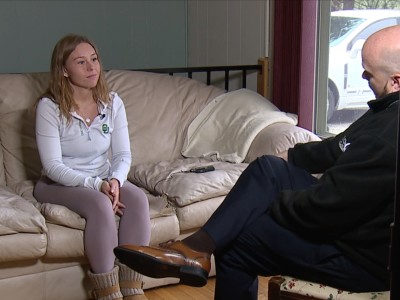 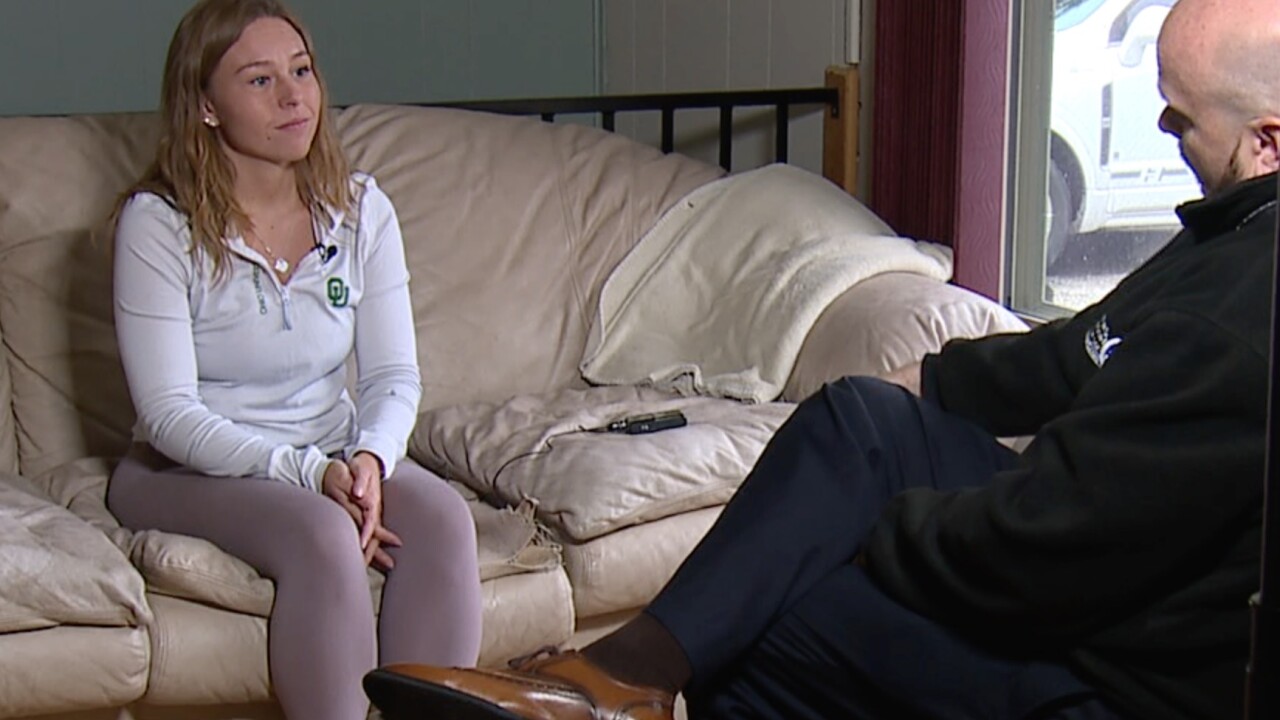 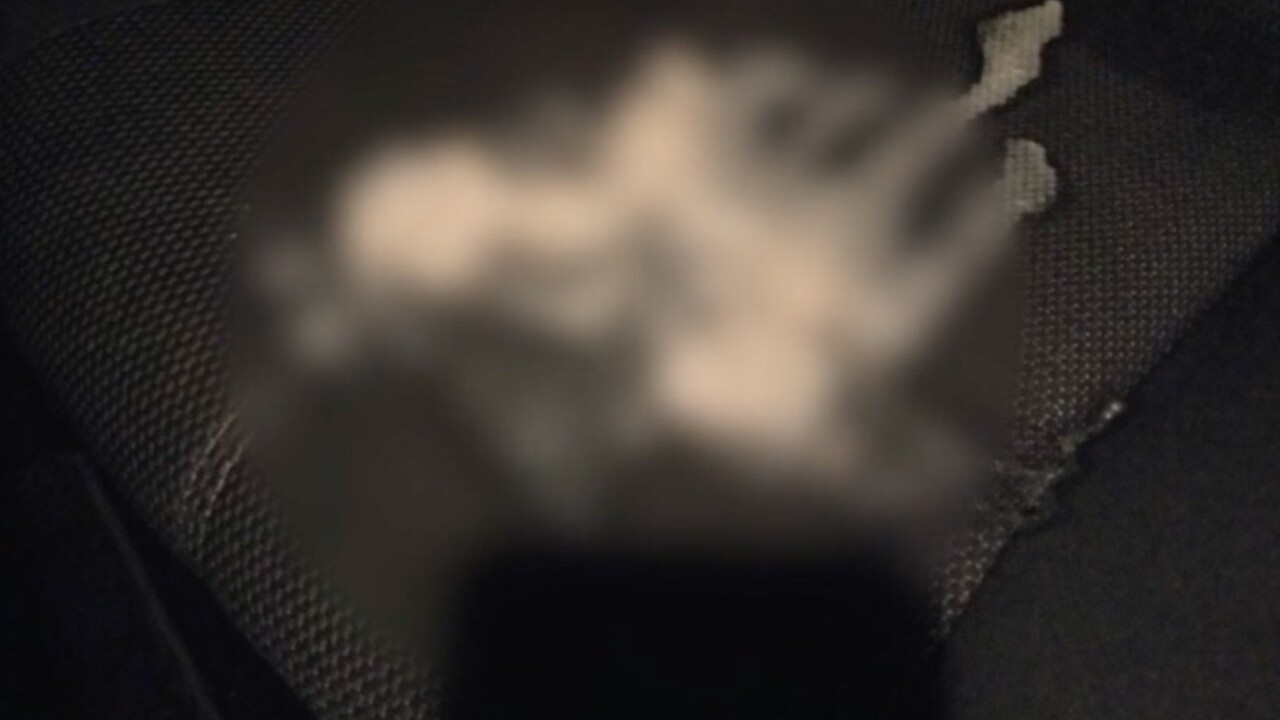 CLEVLEAND — The night before Thanksgiving is one of, if not the biggest night of the year at local bars as people come in for the holiday. But before you call that Uber or Lyft, you'll want to know about "vomit fraud."

"It was one of those things where it's just like holy moly! Like are you sure?" said Brooke Pleta from Twinsburg Township. She was asking the right questions.

"I know I didn't do that. Are you sure you have the right person? The right ride?"

After a late night at the bars in Columbus, Pleta told us she and her two friends hopped into an Uber. She said during the ride there were no problems, but the next morning she noticed a $80 clean-up fee was on her account. She called Uber.

“They were actually pretty rude,” said Pleta. “They were basically telling me that I was the one lying."

The company sent her a picture of the supposed vomit Pleta left behind, but she said there was one big problem.

“The interior of the car was tan. But the car I rode in, the interior was black,” she said.

Uber eventually refunded the charge, but Pleta is not alone when it comes to this ridesharing issue.

"I got a notification two days later that I had been charged $100 for Lyft damages,” said Bea McLaughlin from Indiana. She told us a Lyft driver accused her of leaving a blood stain. She is adamant it wasn't her. "It didn't really look like blood,” said McLaughlin. “It looked like someone had spilled coffee or juice."

When she reached out to Lyft, it sided with the driver and refused to give McLaughlin her money back.

"I just got no information other than the driver saying that I was their last female passenger and that's why I was being charged."

"You're guilty until proven innocent,” said Jim McLaughlin. “How do you disprove a negative? That's basically what this whole thing is about."

We found hundreds of customers across the country have filed reports to several organizations including the Better Business Bureau. Mark Castle from Florida said he was charged $100 for vomiting in the back of a Lyft.

"It definitely made me feel very taken advantage of,” said Castle. “And then when Lyft just kind of shrugged it off, it just made me feel gaslit like I'm just lying or being dramatic."

Around the U.S., the BBB said "vomit fraud" complaints are on the rise. Passengers are claiming Lyft and Uber drivers wrongly charged them damage fees for things like scratches, food stains and even dog feces.

"It's certainly something that is relatively new that we're seeing,” said President and CEO of the Better Business Bureau Serving Greater Cleveland. She said there have been complaints about the supposed "proof" given by drivers. In one example, it was obviously false. “They were able to determine by looking at the meta data on that picture, that it was a picture taken in India, not even in the city where they had taken the ride," said McConnell.

We reached out to Lyft about McLaughlin’s $100 blood stain charge. McLaughlin then got an email refunding about half of the damage fee.

The company sent a statement:

"We take damage disputes such as these very seriously. Lyft's support team investigates each incident individually and makes a determination based on the evidence available."

Pleta has a theory about her Uber case.

"This is the only reason they refunded me actually because I told them I was going to call the news,” she told us.

Pleta and the McLaughlins said ride sharing companies need to better investigate damage claims before charging customers. Bea told us even if it means putting cameras in vehicles. "I know it would be a hassle, but it would keep people from being charged for something they didn't do,” said McLaughlin.

Pleta made an observation after her experience. “Drunk kids are an easy target but there's no excuse to falsely charge somebody's account."

So, here's what you do to protect yourself. Take a picture of the seats before you get in and then after your ride is over. That way you'll have evidence of what the seats looked like. You can research the driver ahead of time to see if he/she has good ratings. Report any damage you see to the driver right away before you hop in.

If you do damage to the car, pay the fee. But if you didn't, file a dispute with the ride-share and your credit card company.

An Uber spokeswoman told us:

“While messes and spilled drinks can happen in moving vehicles, we are actively looking into all reports. Uber is always evaluating its customer support processes and looking for ways to better support both riders and drivers.”

The company also gave these insights: