City offered Amazon its own electric grid, waterfront property to come to Cleveland 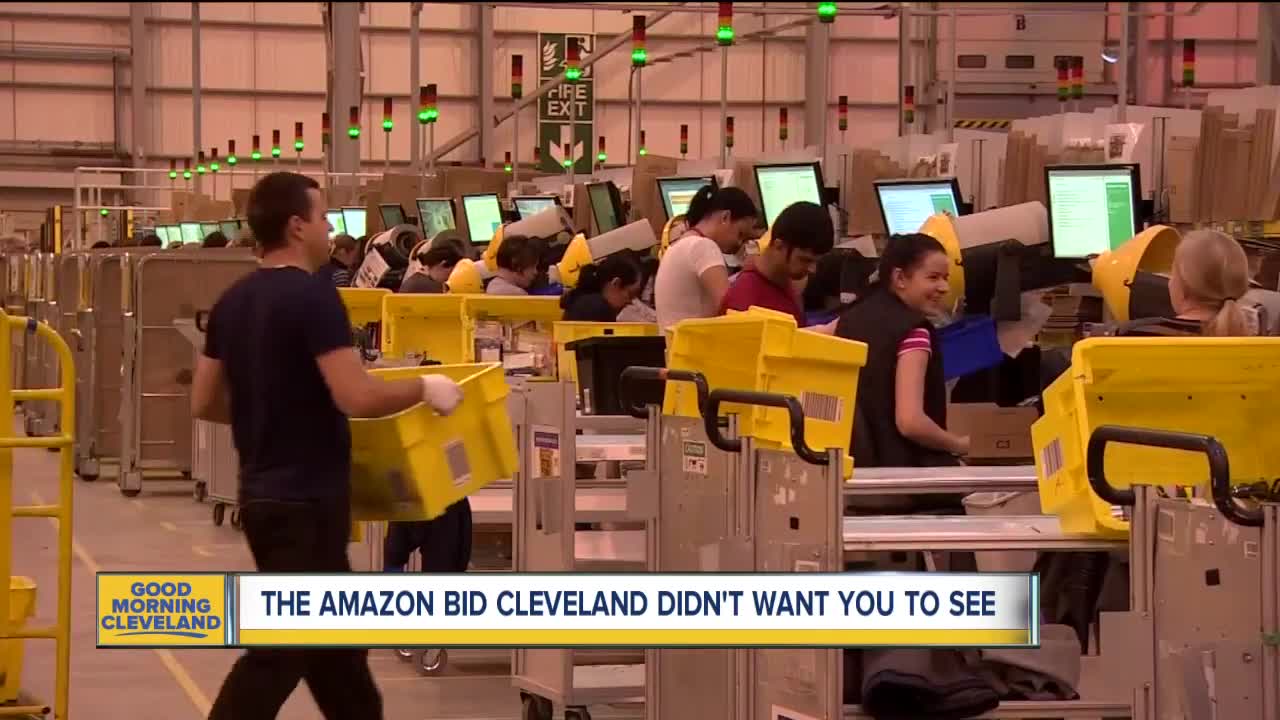 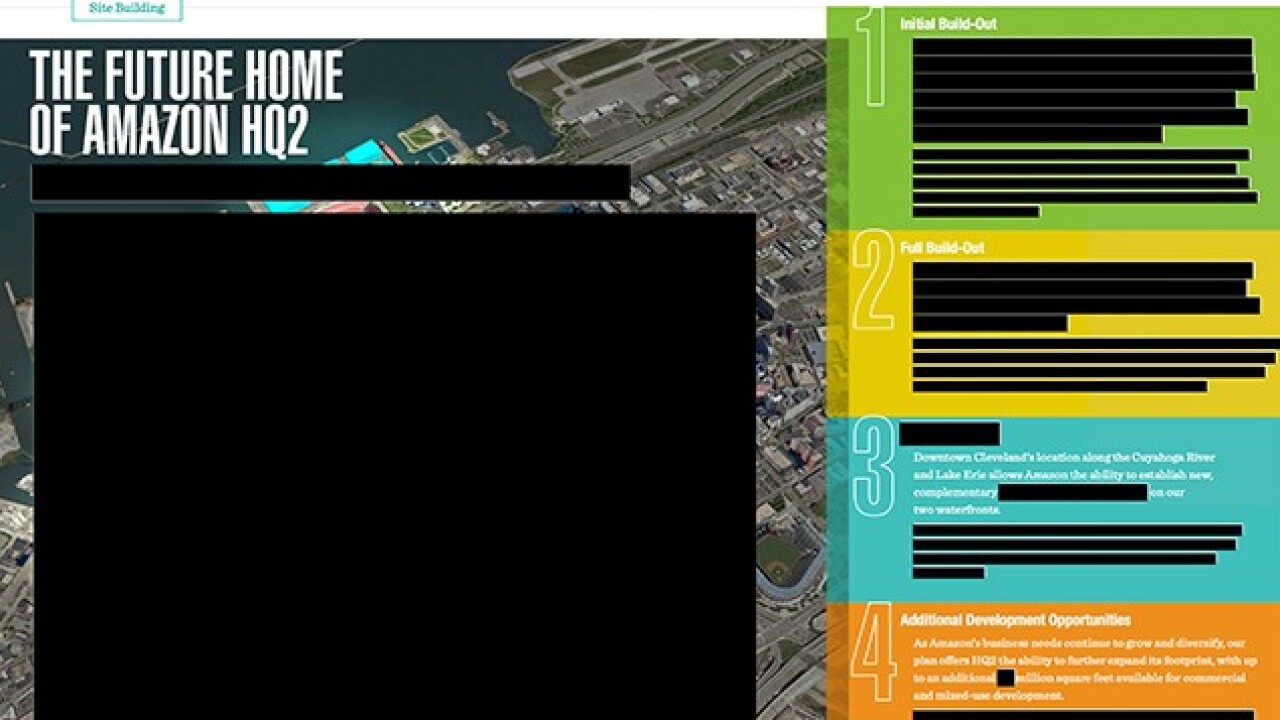 CLEVELAND — The City of Cleveland offered Amazon close to $4 billion, a publicly subsidized electric grid and a combination of downtown and waterfront real estate that would have reshaped the core of the city in hopes of luring the Seattle-based company to build its second headquarters in Northeast Ohio.

Cleveland released the full Amazon HQ2 proposal as the result of a 13-month effort by the 5 On Your Side Investigators.

In February 2018, 5 On Your Side Investigator Sarah Buduson filed a complaint in the Ohio Court of Claims after the city refused to reveal how it planned to spend taxpayer dollars to entice the company to come to Cleveland. City officials continued to fight to keep key details secret. After reviewing the city’s proposal and arguments from both sides, the special master for the Ohio Court of Claims ruled in favor of News 5.

Here’s a breakdown of the economic incentives:

The city also proposed the construction of a “fail-proof” electric micro-grid which would provide 99.9 percent reliability from power outages for the Amazon site.

Cleveland’s vision for Amazon HQ2 also would have transformed downtown in order to exceed the company’s demand for office space. The city’s bid included waterfront property near Browns Stadium and along the Cuyahoga River, a swath of land through the heart of downtown including the Warehouse District, Public Square and space in the Post Office Plaza and Tower City.

You can read the unredacted report below.

Despite the lucrative offer, Cleveland was not selected as one of Amazon’s top 20 finalists. Neighboring Columbus and Pittsburgh made the first round of cuts.

The project was eventually awarded to sites in Virginia and New York, but backlash over lucrative tax incentives led Amazon to pull out of the New York project.

Following the state's ruling in favor of News 5, the City of Cleveland released the following statement:

“Pursuant to the order of the Ohio Court of Claims, the City of Cleveland is releasing the Amazon bid as instructed in Sarah Buduson-vs-City of Cleveland, Case No. 2018-00300PQ. While we do not agree with the ruling, we will comply.

In less than 120 days, the working team created an impressive proposal highlighting the strengths of our region, in pursuit of an unprecedented economic development opportunity.

Our agility and ability to work with many parties to build a nationally competitive incentive package, while creating several unique differentiators for Cleveland, will prove invaluable as we continue to attract and grow business in Cleveland.”

View the full unredacted document below: