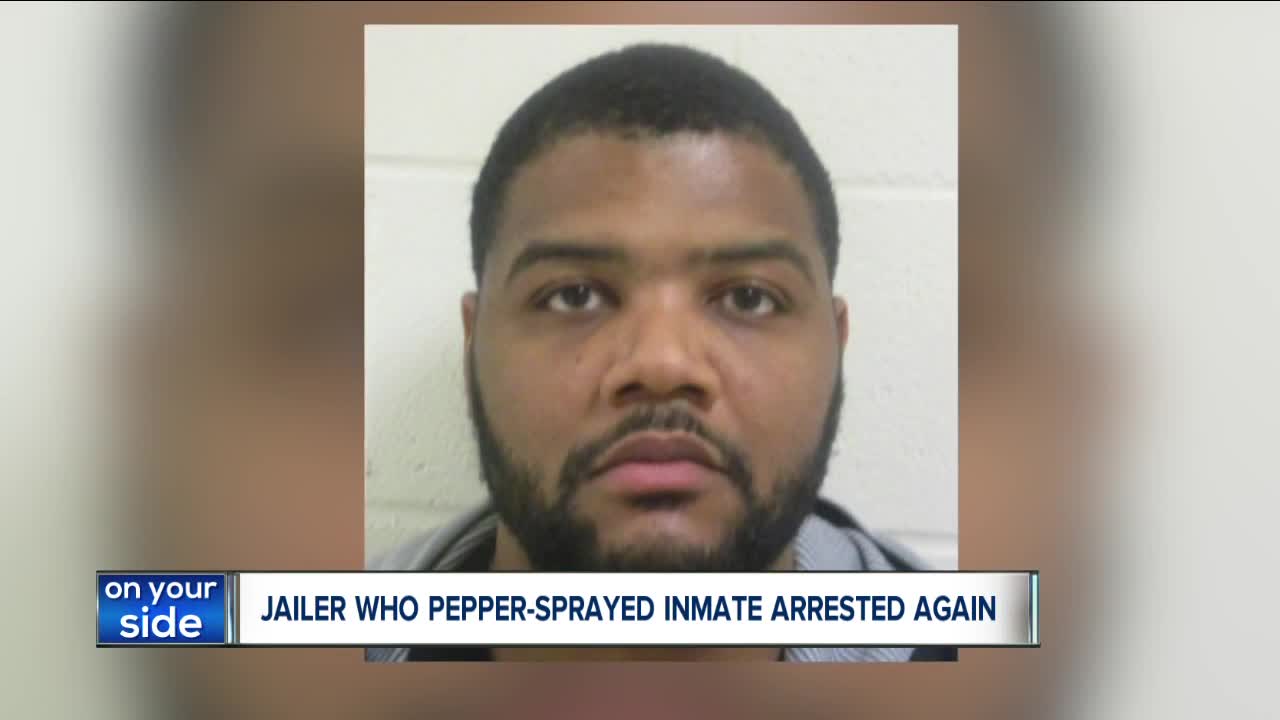 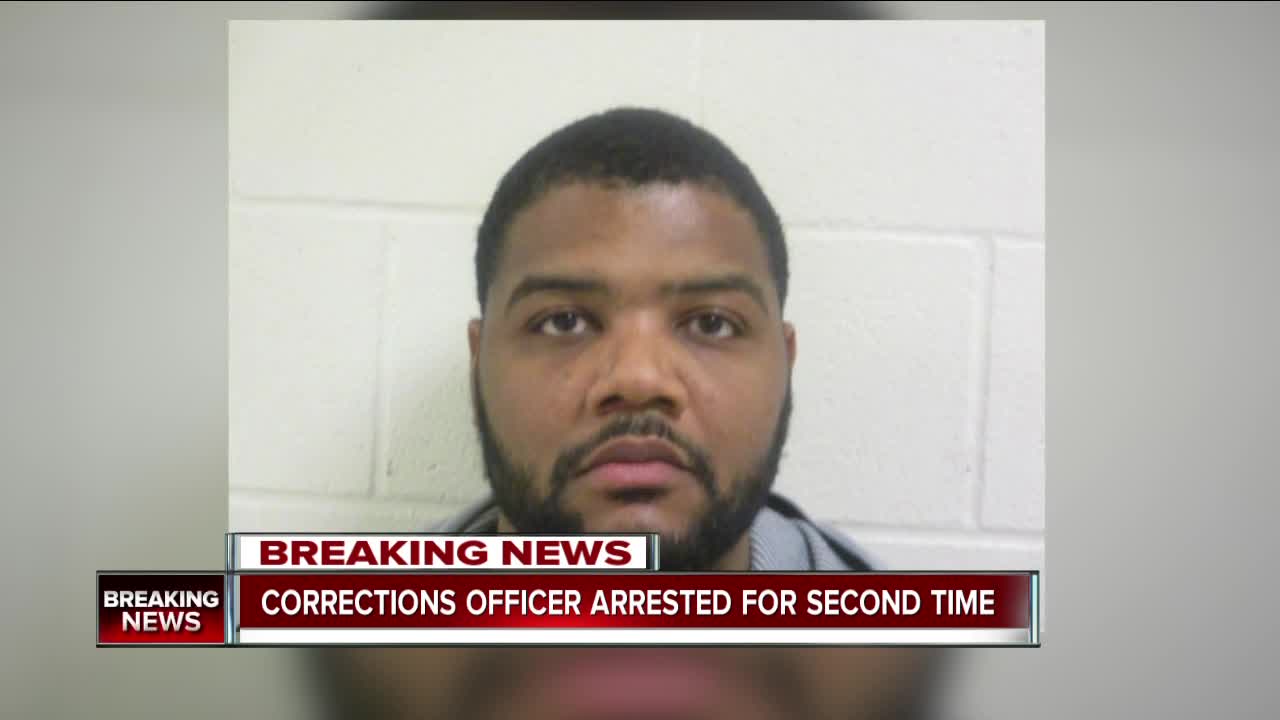 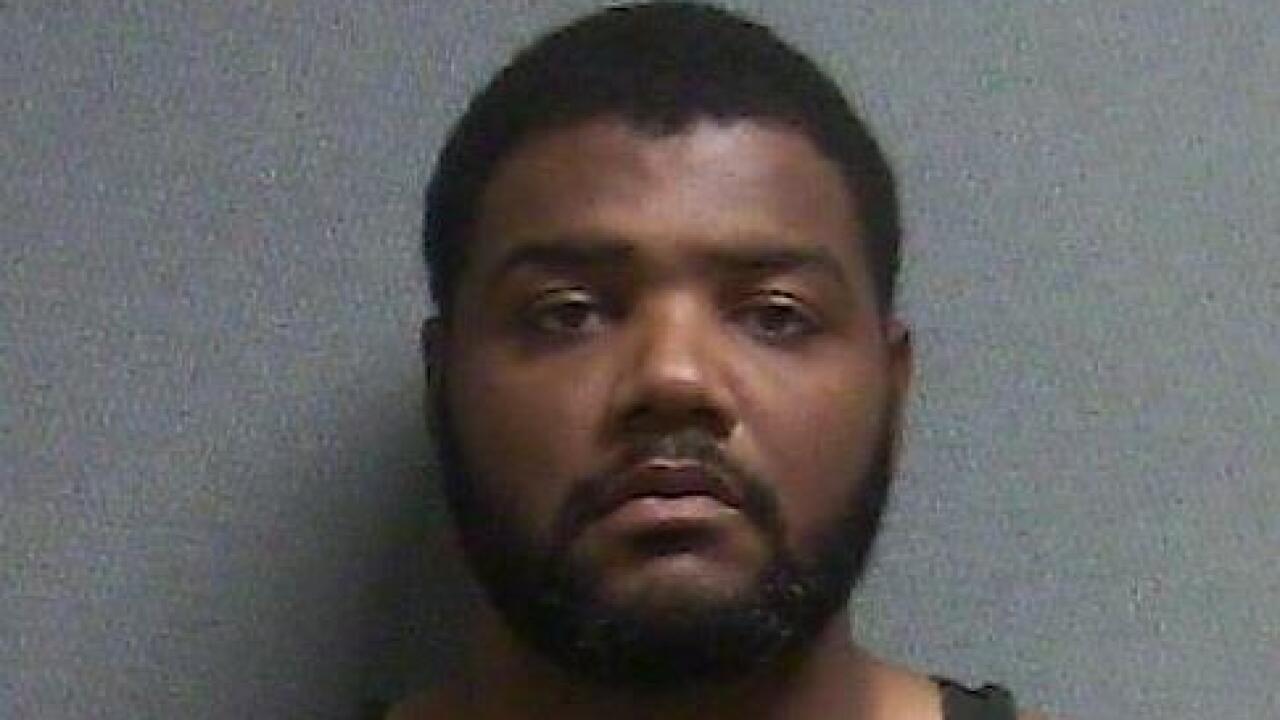 CLEVELAND — A Cuyahoga County corrections officer who was previously charged for pepper-spraying a female inmate in a restraint chair in July of last year has been indicted for allegedly attempting to extort and intimidate a fellow corrections officer into testifying on his behalf by claiming he had access to incriminating videos of him from the jail.

Idris-Farid Clark faces two counts of extortion and one count of intimidation for actions that occurred on or about Wednesday, Aug. 21, according to a news release from Ohio Attorney General Dave Yost.

Clark is in custody at the Geauga County Jail, the release states. His bond was set at $100,000 actual cash property or surety, with no contact with sheriff or jail employees.

According to the criminal complaint, Clark contacted another corrections officer on Aug. 7 and asked to meet up. The other officer's identity was withheld from the complaint for his protection.

"I'm not gonna burn for no one," Clark allegedly said to the officer. "If I go down, others are going down too."

The officer then met with a special investigator at the state Attorney General's Office and two FBI special agents on Wednesday, the complaint states. The officer told them about the extortion attempt, and showed them a text from Clark.

The officer was than outfitted with a recording device and made a controlled call to Clark's phone number. The call lasted eight minutes, and Clark called back a short time later. On both calls, Clark said he had copies of videos that would implicate the officer, and that Clark wanted the officer to obtain copies of training videos and other jail videos showing the use of pepper spray in the jail.

At one point, Clark is recorded saying: "No. I'll let you know, hey, I have videos available to me that could incriminate you if released. You'd be sitting in the same boat I'm in. And guess what? For as much as you don't want to believe it, you'd be doing the same thing I'm doing because all you want is somebody to tell the truth."

The officer told the special investigator and the FBI that the incident Clark was referring to, and that Clark was using to extort him, happened earlier in the year and involved an inmate who had bitten a corrections officer and was then sprayed. The officer said he had not been accused of wrongdoing and did not believe he had acted improperly.

In Clark's recorded conversation with the officer, he said that he would delete the videos and show the officer that he had deleted them.

Based on the recorded conversation and other evidence, the Attorney General's Office decided there was probable cause to believe Clark committed extortion and intimidation.

Clark was previously indicted on April 8 of this year, along with fellow jailer Robert P. Marsh, for interfering with civil rights and unlawful restraint. Clark was charged with felonious assault and Marsh was charged with assault.

The incident leading to those charges happened on July 16, 2018 following the arrest of Chantelle Glass on a misdemeanor warrant out of New Jersey. She was taken into custody by Cleveland police after officers responded to her mother's house when her sister attempted to harm herself, according to a civil rights complaint filed by Glass’ attorneys. While on scene, officers ran a warrant check and arrested Glass. She was transferred to the Cuyahoga County jail and the pepper spray incident was captured on jail surveillance cameras.

In the video, Glass can be seen sitting in a restraint chair. Glass, who started to flail about, was sprayed in the face by a guard using pepper spray just inches away from her eyes.

After being pepper sprayed, Glass told her jailers she couldn’t breathe—to which they responded, “If you talkin’ you can breathe,” according to the complaint. The complaint states that Glass suffers from asthma and jail staff “were in no hurry to employ decontamination protocols or ensure Ms. Glass had a medical assessment” following the incident. In the 13-minute plus body camera video, Glass tells officers she can't breathe about 30 times.

The below video is unedited body camera footage from after the pepper spray incident. WARNING: The video contains graphic content.