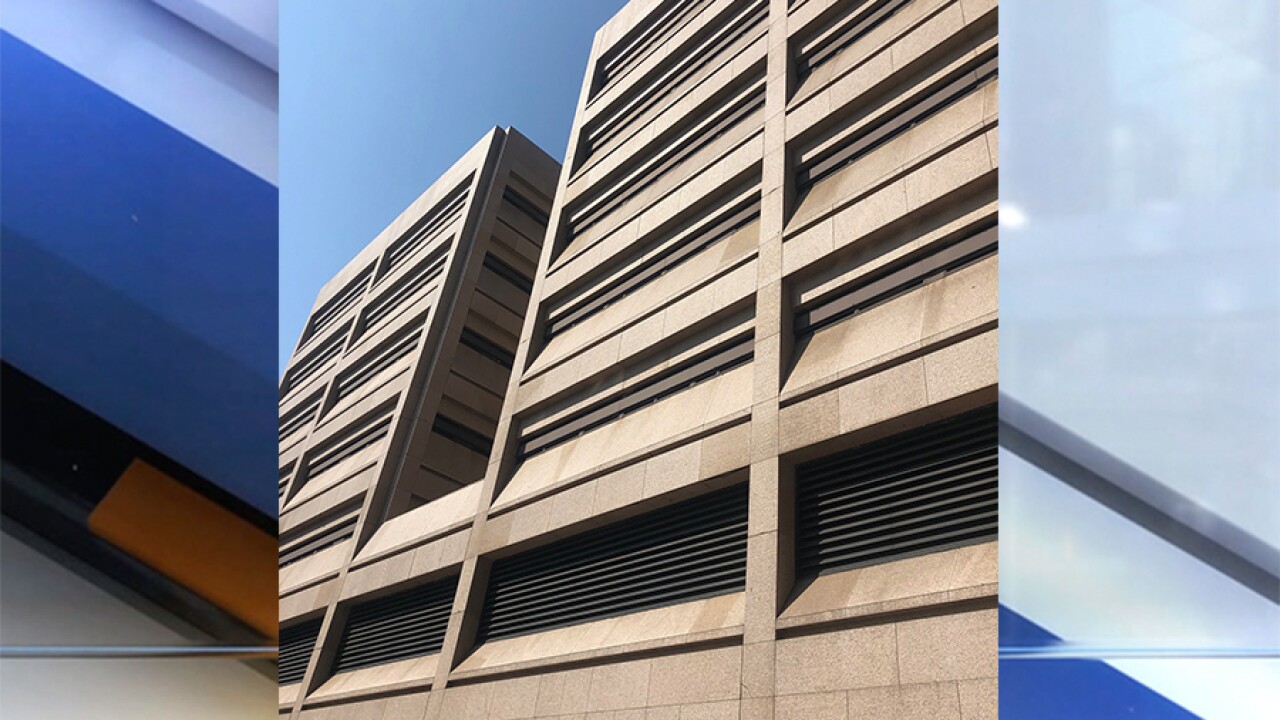 CLEVELAND — A just-released report from the Cuyahoga County Sheriff's Department sheds new light on the investigation into a hole found in the wall of an eighth-floor jail cell late last month.

According the report, released in response to a public records request by 5 On Your Side Investigators, the hole was found on June 24 after deputies were notified of a suspected drug overdose of a county jail inmate. Investigators say the 31-year-old man refused to speak with detectives at the hospital, but a search of his cell "found a long rope made from t-shirts that were tied together," according to the report.

As News 5 first reported last week, the sheriff's department is investigating what's being called an "attempt to make contact with the outside" carved into the wall of a jail cell. At the time, a Cuyahoga County spokeswoman said jail administrators did not believe the hole, which was described as less than two inches wide, was an attempt to escape. The spokeswoman said it was unclear if the hole was an attempt to bring contraband into the jail. She also would not confirm if the hole went all the way through to the outside, citing an on-going investigation into the incident.

Investigators say one inmate was disciplined in connection with the discovery.

According to an incident report, the inmate was discharged from the hospital the same day as the suspected overdose.

RELATED: Inmate caught in 'attempt to make contact with the outside'