Say improvements are taking too long 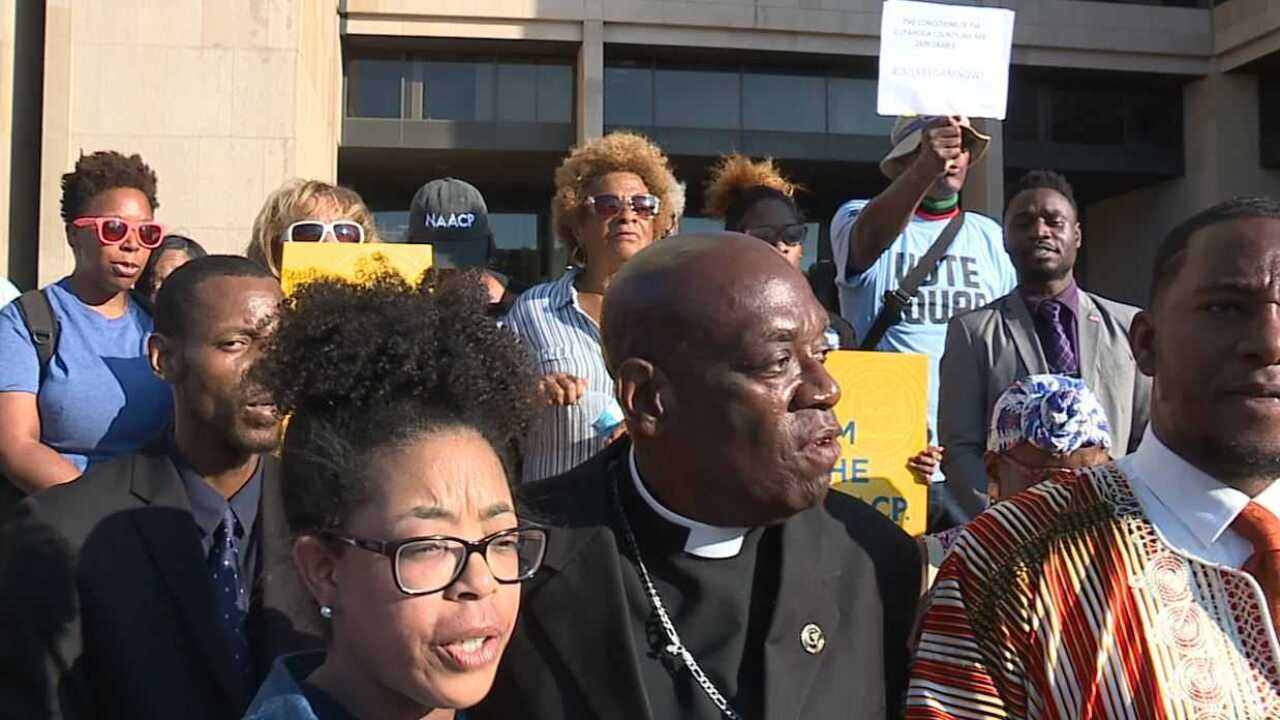 CLEVELAND — Amid chants of "prison reform now," a group of community activists and religious leaders stood outside the Justice Center Thursday evening calling for changes inside the troubled Cuyahoga County jail.

"We expect, as taxpayers, that people have humane conditions," said Danielle Sydnor, President of the Cleveland Chapter of the NAACP. "We're not asking people to have luxury-type of settings, but just the humanity that they deserve as a human being."

The group points to nine inmate deaths in 13 months as proof the system needs to change.

"People are dying and dying," said Bishop Eugene Ward of Greater Love Baptist Church. "How do you die of a drug overdose in jail?"

A November US Marshal's report called conditions inside the jail "inhumane."

This week, in response to a public records request by 5 On Your Side Investigators, Cuyahoga County released pages of documents county leaders say proves there's been progress. They included improvements in sanitation behind bars and pages of work orders for repairs, including fixes for doors that inspectors found didn't properly lock.

But Cleveland City Councilman Basheer Jones isn't impressed. He says a recent tour of the jail revealed overworked staff and inmates traumatized by conditions. He's calling on the state to get tough and do whatever it takes to get the county jail into compliance with state standards.

"Every single day that they are out of compliance, you charge them," said Jones. "You do it to us. If we don't pay our ticket, there sure are late fees. There needs to be some late fees here so we can make sure, make sure these conditions are being taken care of."

Activists pointed out, many of the jail's inmates are pretrial detainees who haven't been convicted of any crimes. They also want county leaders to get serious about bail reform so people aren't stuck in jail because they can't afford to get out while they await trial.

The group also believes the county's judges should stop what they call "oversentencing" and consider probation for people convicted of crimes when appropriate.