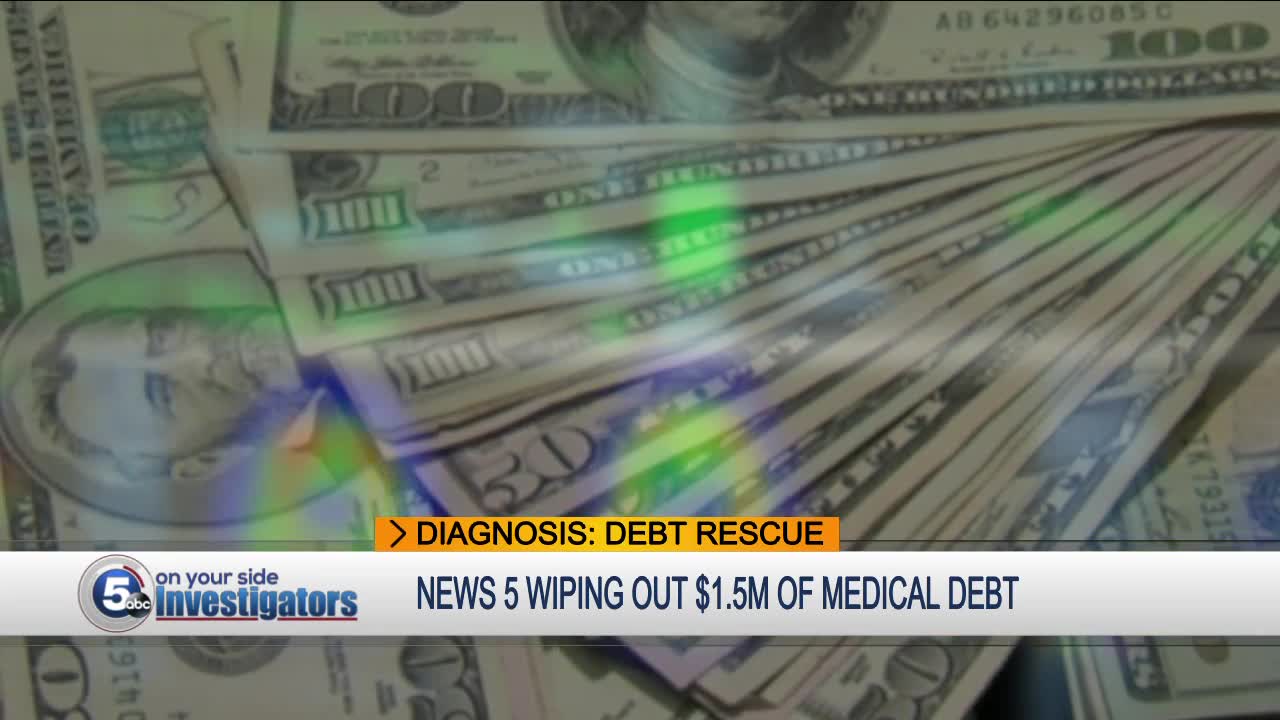 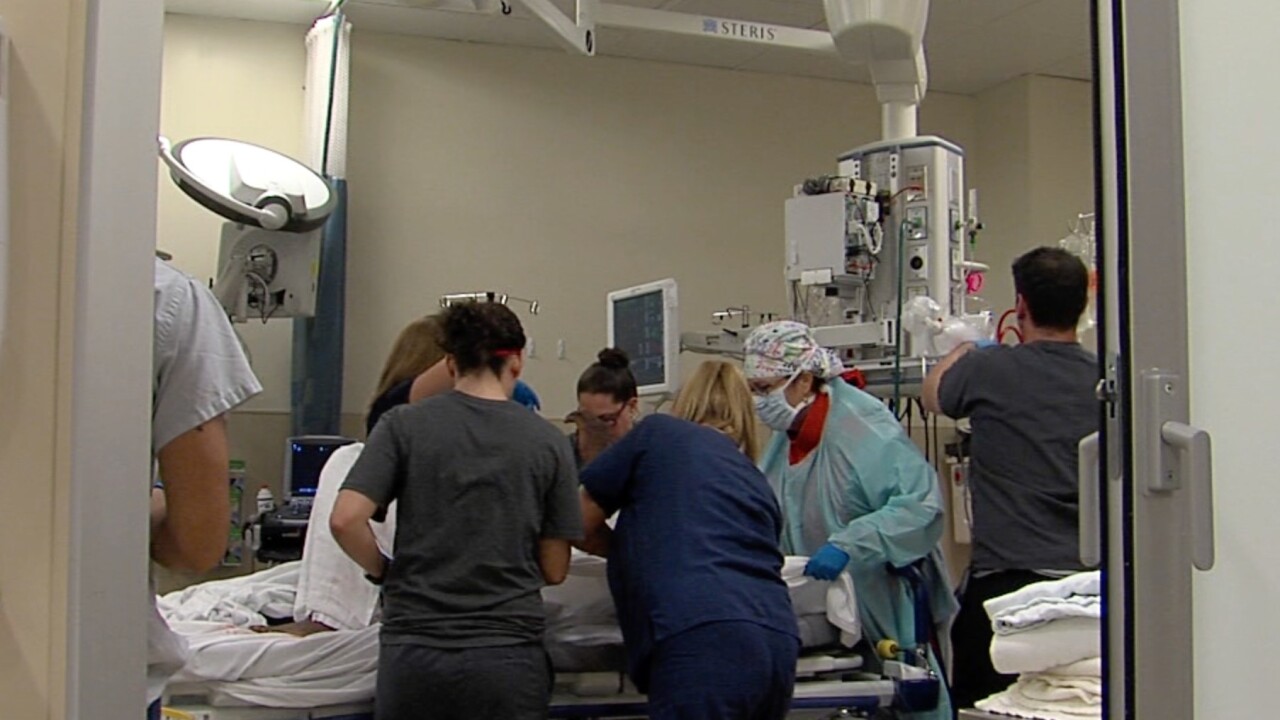 In Lorain County alone, for example, we are getting rid of nearly 100 debts. We're calling this next level in our coverage Diagnosis: Debt Rescue.

"When you woke up, what did you feel like?” we asked.

“I just didn't feel like myself,” replied Claudia Simpkins, 73, from Cleveland. She was having problems with her high blood pressure back in 2017. She ended up staying one night in the hospital.

“What did you think when you saw that?” we asked.

“I was flabbergasted. I said, 'What the hell did they do?'" said Simpkins.

She lives in a neighborhood that has its challenges. Her home has seen better days. Her resources are scarce. "My income don't allow me to pay a bill like that because the bills I pay, takes most of my income," Simpkins explained. "I don't try to live beyond my means because I can't. I can't afford to live within my means."

"We say, 'Look, why don't you leave these people alone who fit into this particular category,'” said Jerry Ashton, the other co-Founder.

Together they've seen how huge the problem of medical debt really is. "15 million Americans will deplete their life savings. Many more will go bankrupt because of medical debt,” Ashton told us.

"One surgery can be absolutely devastating,” Dean Paolucci said to us during a recent interview. He is the owner of Paolucci Law in Akron. It's a small law firm that still files about 30 bankruptcies a month and 75% of them have medical bills attached. "That's sad because I know that's sleepless nights, not being a good mother or father to your kids because you're stressed out all of the time,” said Paolucci.

These reasons and more led News 5 to team up with RIP Medical Debt. Our $15,000 donation will get rid of $1.5 million worth of medical debt in counties all over Northeast Ohio. "Your station has stepped up and said there's a community benefit that's involved here...why don't we take some of the money that we have and invest it in the city,” said Ashton.

Just in Elyria, RIP Medical Debt told us our donation will help 22 debts and hundreds more in many counties across Northeast Ohio.

So, be on the lookout for a golden envelope from News 5 and RIP Medical Debt. When you get the letters saying your debt has been deleted, contact us through the Investigator Tip Line, which is 888-WEWS-TIP. Or you can email Jonathan Walsh directly: Jonathan.Walsh@WEWS.com. We want to share your good news with our viewers.