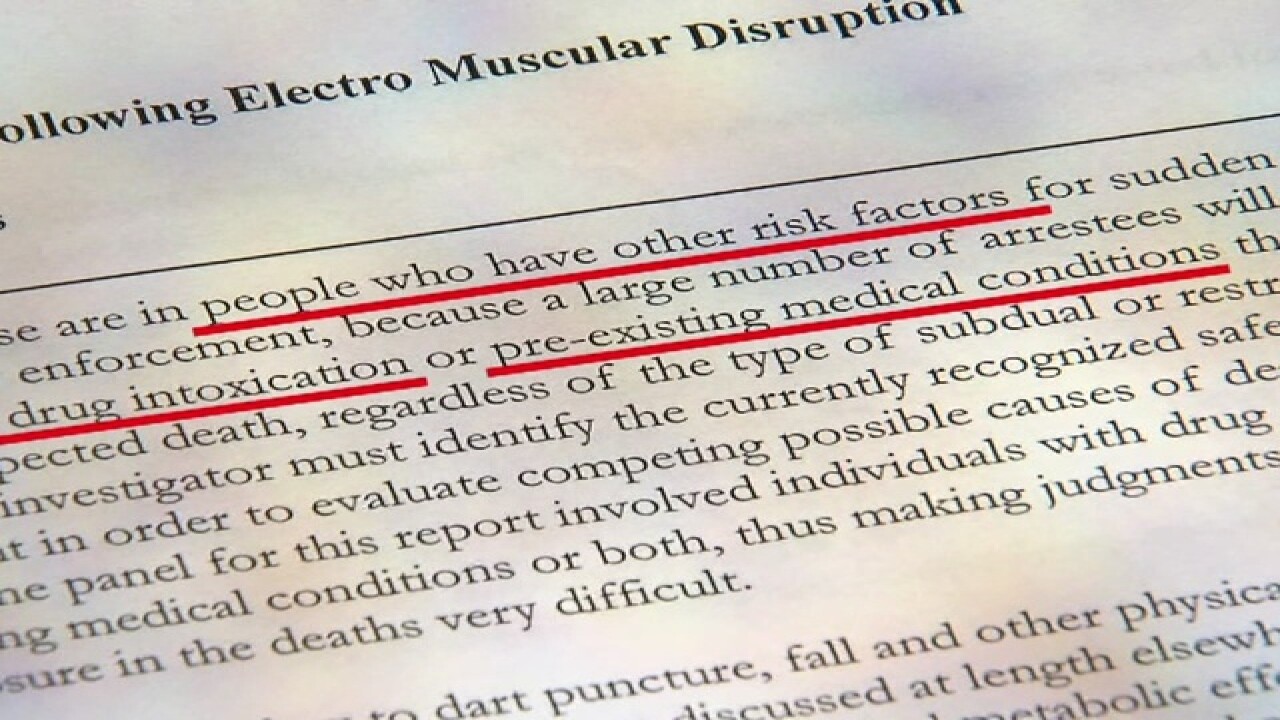 Meanwhile, Springfield Township police are continuing their investigation into the death of a local man who died six days after police used a Taser while attempting an arrest.

Records compiled by the Ohio Office of Criminal Justice Services reveal that 26 deaths in Ohio have been linked to the use of stun guns between 2008 and 2013.

Nationwide, Amnesty International estimates that at least 500 deaths have been linked to stun guns since 2001.

Even so, a 2011 U.S. Department of Justice report found "no medical evidence" that stun guns pose a "significant risk for cardiac arrest when deployed reasonably."

The report found "most deaths are blamed on other risk factors such as drugs or pre-existing medical conditions."

Taser International is one of the leading makers of stun guns and its website claims more than 800,000 of its brand have been sold worldwide since 1994.

Even more revealing, the website says they are used 904 times every day or every two minutes.

Taser International also claims its devices "have saved more than 152,000 lives from death or serious injury."