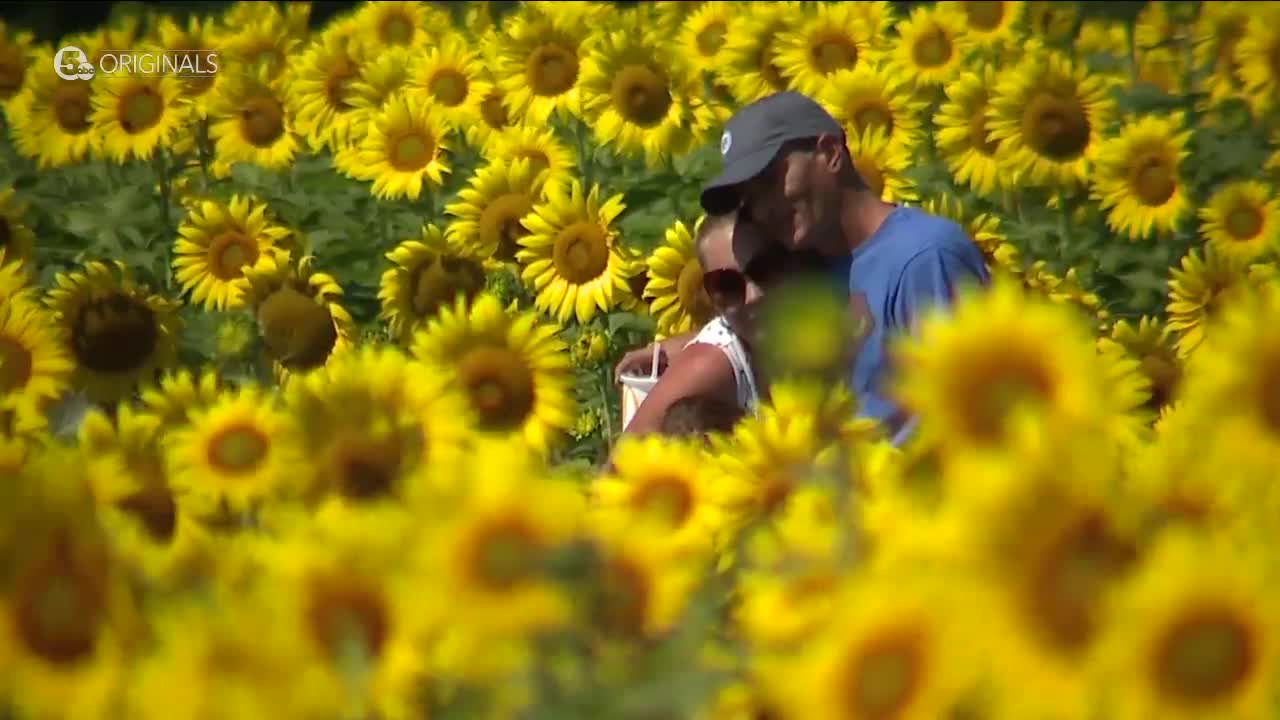 Much like the thousands of sunflowers it plants every year, a charity in Northeast Ohio has continued to bring hope through the pandemic. 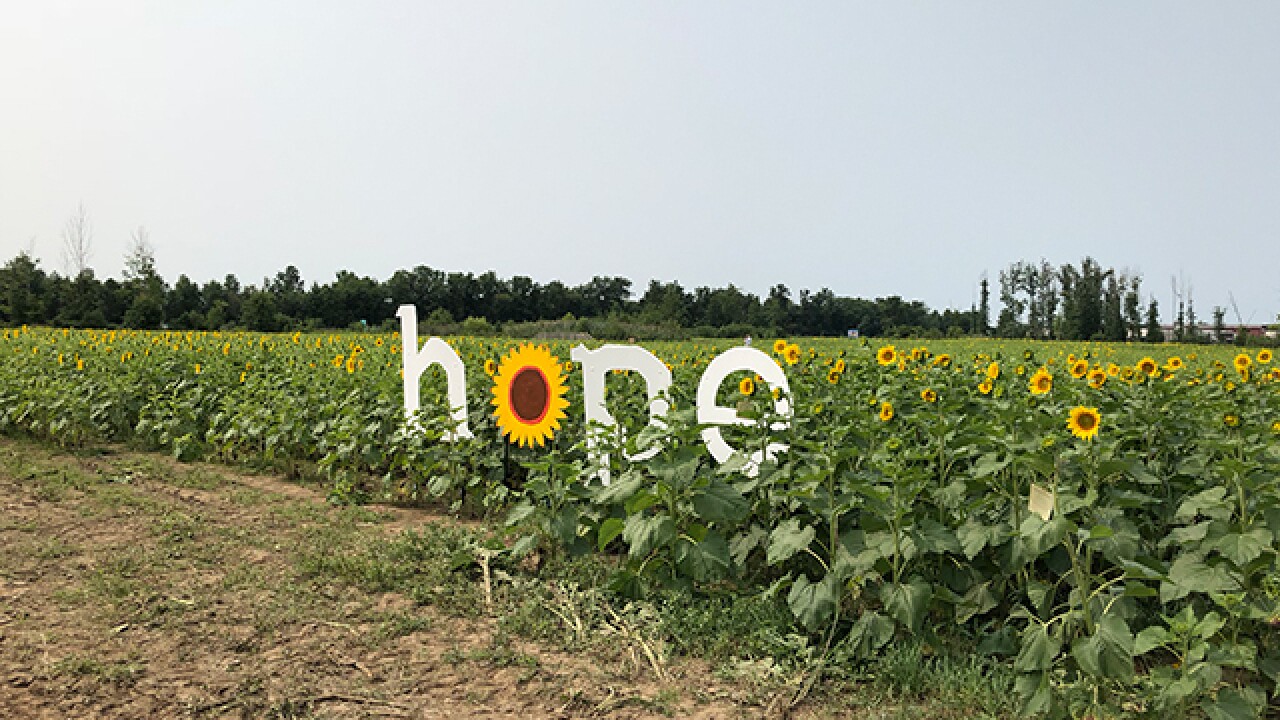 SANDUSKY, Ohio — Much like the thousands of sunflowers it plants every year, a charity in Northeast Ohio has continued to bring hope through the pandemic.

Across the rolling, sun-bleached fields near Sandusky, tall rows of sunflowers stretch taller and taller. Families and children stop and smile for pictures. The annual display of hope and beauty draws crowds from all over the state and beyond.

Maria's Field of Hope is in full bloom.

"It has a lot of spiritual meaning. It follows the sun. It stands through the dark of night waiting for the sun to rise. We kind of feel that's our journey," said Megan McNamara. "In the language of flowers, it is the flower of hope. We always hang onto hope even in Maria's death we hold onto hope for the kids that come after her."

The journey that McNamara and her husband, Ed, set out on more than a decade ago is one they least expected. Their daughter, Maria, was diagnosed with a rare and deadly brain tumor called a glioma, which, over the course of 14 months, caused her to have balance issues, double vision and excessive sleeping. Eventually, basic tasks like eating, swallowing and breathing became impossible.

That same year, the McNamara's founded Prayers from Maria, a non-profit organization whose mission was to fund global research into the causes, prevention and treatments for gliomas.

"This wasn't in the plans for our future. We never saw ourselves running a foundation but we learned very quickly after Maria's diagnosis that your plans don't always go the way you hope," McNamara said.

The organization found itself in the same predicament as other non-profits earlier this year. With the COVID-19 pandemic baring down on Northeast Ohio, the organization was contemplating how to host its annual fundraiser, the Sunflower Soiree. Proceeds from the annual event and other charitable efforts throughout the year generate hundreds of thousands of dollars for research. The yearly event is typically an in-person affair.

This year, it was entirely virtual.

"We are not going to forgo our fundraisers. We are going to continue to work hard. We're going to work with what we have, work with the means that we have, to continue to raise funds because it is extremely important to these researchers and it's extremely important to these kids that we don't stop," McNamara said. "[This year], we ended up raising almost $300,000, which was incredible. It doubled what we hoped to earn. We discovered in times of stress like we're dealing with right now there are many people who step up to the plate and they want to give and they want to help."

McNamara said the organization was so blown away by the response, it has vowed to include a virtual component to every future soiree. The event allows doctors, researchers and supporters who live outside Northeast Ohio to participate.

"There's always hope, there's always hope," McNamara said. "Maybe Maria was not cured and maybe some of these kids who are fighting now are going to have abysmal ends but their lives, their beautiful lives when they're with us, are meaningful."