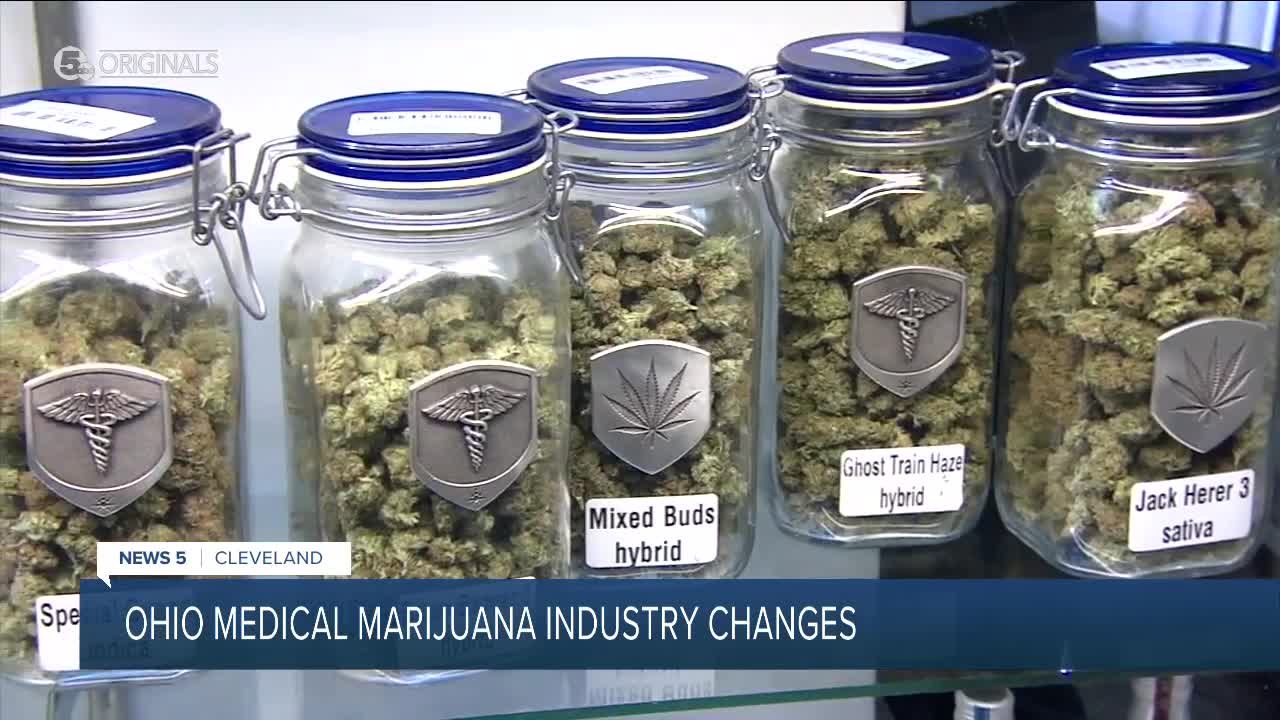 Ohio’s medical marijuana industry is still riding what businesses say is an increased demand for its product even months after the coronavirus first caused a jump in demand and sales. 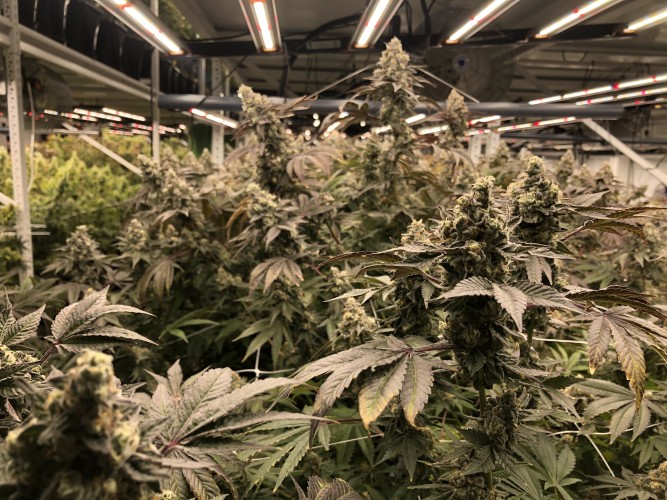 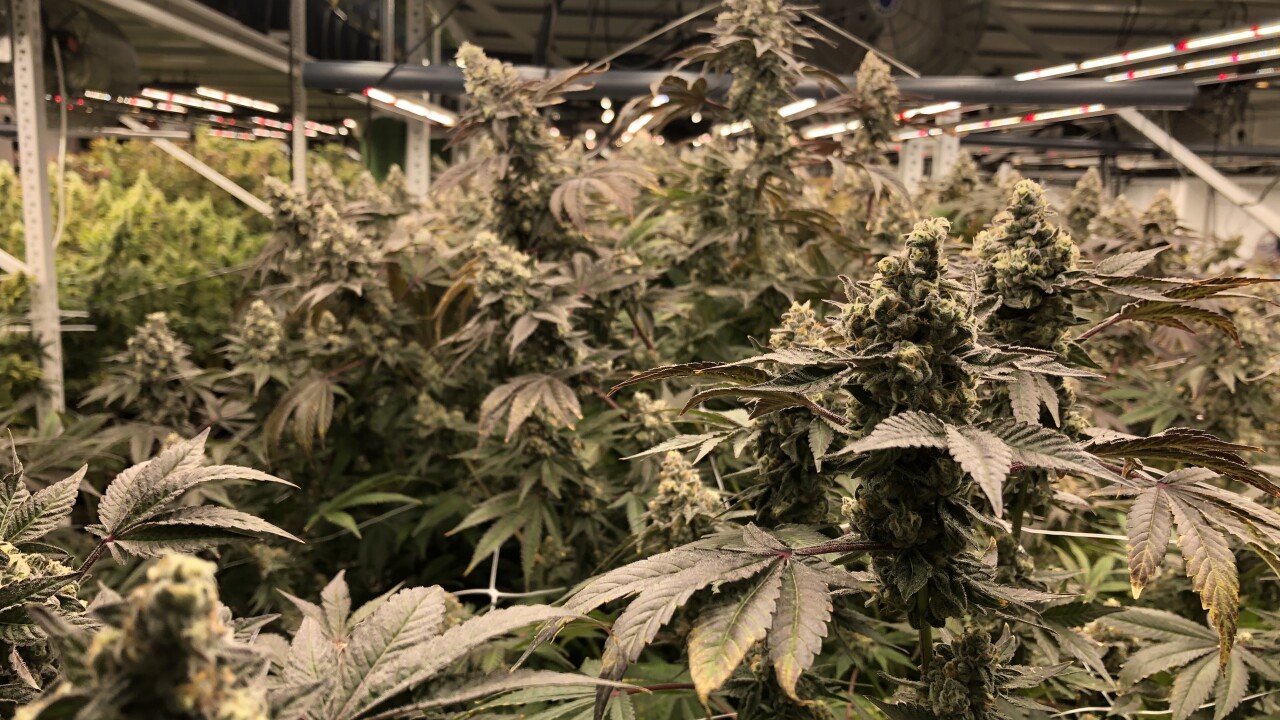 CLEVELAND — Ohio’s medical marijuana industry is still riding what businesses say is an increased demand for its product even months after the coronavirus first caused a jump in demand and sales.

But, they also say that without action from Ohio lawmakers and the Ohio Department of Commerce and Ohio Board of Pharmacy, which, between the two agencies, oversee the state’s cultivation, processing, and dispensaries, high demand from Ohio medical marijuana patients could go unmet.

The price of medical marijuana has come down since the first sales were made in January 2019, but they can still be too high for many patients to make frequent purchases.

“I have a limited income now, so if it weren’t for my kids helping me out, I probably couldn’t do it,” said medical marijuana patient Sally Widmer.

In addition to Galenas Founder Geoff Korff’s Akron cultivation facility, he’s looking at expanding into other states as well.

“Compared to a market like Pennsylvania, [Ohio’s medical marijuana program] is significantly behind where they are and their program came online about the same time as ours,” said Korff.

Pennsylvania’s medical marijuana program is a good comparison to Ohio’s because:

But the differences between their medical marijuana programs are clear.

The spokesperson said surveys are being sent to patients and caregivers asking about:

See the results of an earlier survey here.

Korff said demand is still growing and he wants to expand his 3,000 square foot growing facility to 9,000 square feet of cultivation space.

“I’ve been told that the hold up is that the state, up to this point, does not have a process to approve the expansion,” said Korff.

The Ohio Department of Commerce told News 5 in an email that:

The Director hasn’t requested expansion plans from licensees as set forth in OAC 3796:2-1-09. If a program need for cultivation area expansions is identified, the Department will initiate a formal submission and review process and communicate this process to all licensees.

Because there hasn’t been a formal request for submissions, there is no timeline to share. We value and appreciate the feedback from our licensees and will continue to work with them as we evaluate the need for expansion. Right now, we are closely monitoring program metrics and working with provisional licensees to get them operating and producing product as expeditiously as possible.

As of July 24, Ohio’s Medical Marijuana Control Program has awarded:

“Companies that are trying to expand their facilities aren’t able to expand on time,” said Grove Bags Co-Founder and CEO Jack Grover. “The state isn’t following through with their promises.”

Grover’s Grove Bags makes special bags that preserve the compounds in marijuana, making it last longer. He says the inability to expand is potentially dangerous because if patients can’t get what makes them feel better through Ohio’s legal, or formal, market, it’ll encourage patients to turn to the illegal market.

“Here, you have all these entrepreneurs and investors trying to expand the formal market and they can’t,” said Grover.

Korff says the clock is ticking because demand is up and as long as the state doesn’t allow growers like Galenas to increase the supply, prices are likely to stay high for patients like Widmer.

“That’s is the part that I’m sure a lot of people struggle with: the expense,” said Widmer.

“If they can’t get their medicine every time they go to the dispensary, what’s the point,” asked Korff.

“It created a sharper upward momentum from the consumer standpoint that obviously trickled down to everyone else in the supply chain,” said Korff.

Korff’s organic cultivation operation in Akron saw an increase in its products likely from two big changes made by Ohio’s medical marijuana program in April 2020:

The first change streamlined the purchasing limit that patients and industry advocates had complained about since patients were allowed to make their first medical marijuana sales in January 2019.

The new rule creates two 45-day periods where patients can purchase their entire 45-day supply at any point during that period.

“So it’s no longer an issue of, ‘If I don’t go right away, I will lose part of my supply,” said medical marijuana attorney and Frantz Ward LLP Partner Tom Haren.

“It was a very complicated system to understand and caused a lot of anxiety for both parties involved,” said medical marijuana patient Michael Robbins.

Outside the state’s highly-regulated program, Cleveland-based Grove Bags has seen an increase in business because of international supply chain disruptions.

Grover says marijuana companies across the nation suddenly couldn’t guarantee they’d be able to get bags from overseas and turned to Grove Bags.

“[They were thinking] the sweetness of saving a couple of cents per bag is not worth all these additional headaches and logistical nightmares my organization has suffered,” said Grover.

There also seems to be increased interest among Ohioans at becoming medical marijuana patients.

Ohio Marijuana Card connects potential patients with doctors who can evaluate them and write recommendations for medical marijuana, eventually allowing patients to go to a dispensary. They tell News 5 they’ve seen a 50.4 percent increase in appointments scheduled comparing the second half of 2019 to the first half of 2020.