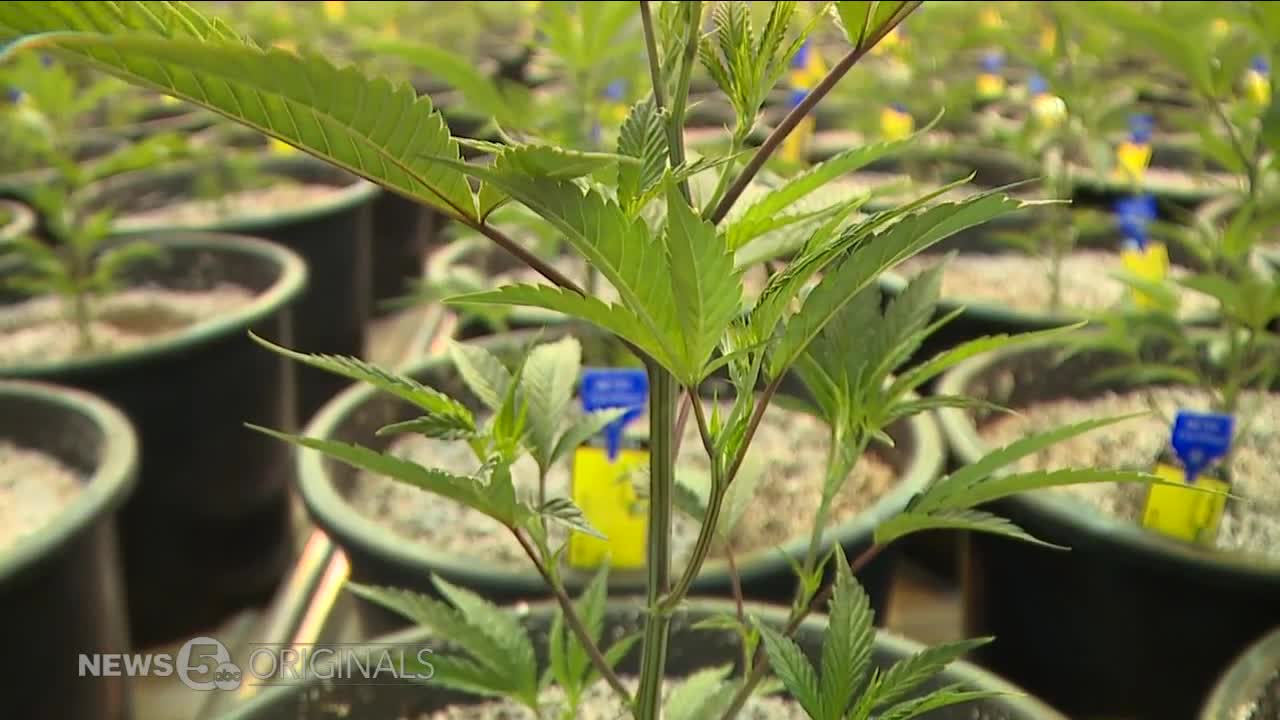 On Wednesday, members of the Medical Marijuana Committee of the Ohio Medical Board voted to move forward to review several medical conditions, paving the way for these conditions to be added to the state's list of qualifying conditions.

COLUMBUS, Ohio — The Medical Board of Ohio’s Medical Marijuana Committee will ask medical experts to study Anxiety, Autism, and Cachexia/Wasting Syndrome to see if those conditions could be treated with medical marijuana.

They would join the existing list of 21 conditions, ranging from HIV/AIDS to chronic and severe pain, that allow patients to seek medical marijuana.

The committee narrowed a list of of 27 petitions submitted by the public down to six conditions they’d consider moving ahead to expert study: Anxiety, Autism, Depression, Insomnia, Opioid Use Disorder, and Cachexia.

Since Anxiety and Autism had been studied and rejected in 2019, those petitions needed to present new information or research to move ahead again.

All other petitions were rejected.#WEWS

Much of the committee’s discussion was centered around the value of the studies submitted with the petitions. Some studies had relatively small sample sizes, while others focused more on the effect of CBD products, which are commercial available in Ohio already, outside of Ohio’s highly regulated Medical Marijuana Control Program.

Committee Member Dr. Michael Schottenstein brought up a dilemma facing the committee: the lack of criteria helping them determine which conditions should be studied by experts and which fall short.

“So I struggle with wanting to be fair and open-minded and all of those things,” said Dr. Schottenstein. “But at some point what can happen is you can keep bringing the same [condition] back every year and add another study without real regard for the quality of that study.”

The committee then rejected petitions for Depression and Insomnia, saying those appeals didn’t warrant further study by experts. It then also rejected a petition for Opioid Use Disorder after referencing a substance abuse expert who had previously told the board that medical marijuana could be harmful for opioid addicts, who might already be susceptible to addiction.

The committee also nixed the idea of people getting medical marijuana for being a Browns or Bengels fan.

Written public comment on the three accepted conditions will be accepted February 11 – March 1, 2020. Anyone may submit their comments by emailing MedicalMarijuana@med.ohio.gov.

The medical expert recommendations are expected to come back to the Medical Marijuana Committee in the summer. That’s when the committee will make it’s recommendation to the full Medical Board.

Now the Medical Board will contract with medical experts to review the evidence presented so the #MedicalMarijuana committee can advise the full Ohio Medical Board on if any of those three conditions should qualify for medical marijuana.

An answer is expected around June.#WEWS

You can read the full list of conditions that were under review, here.