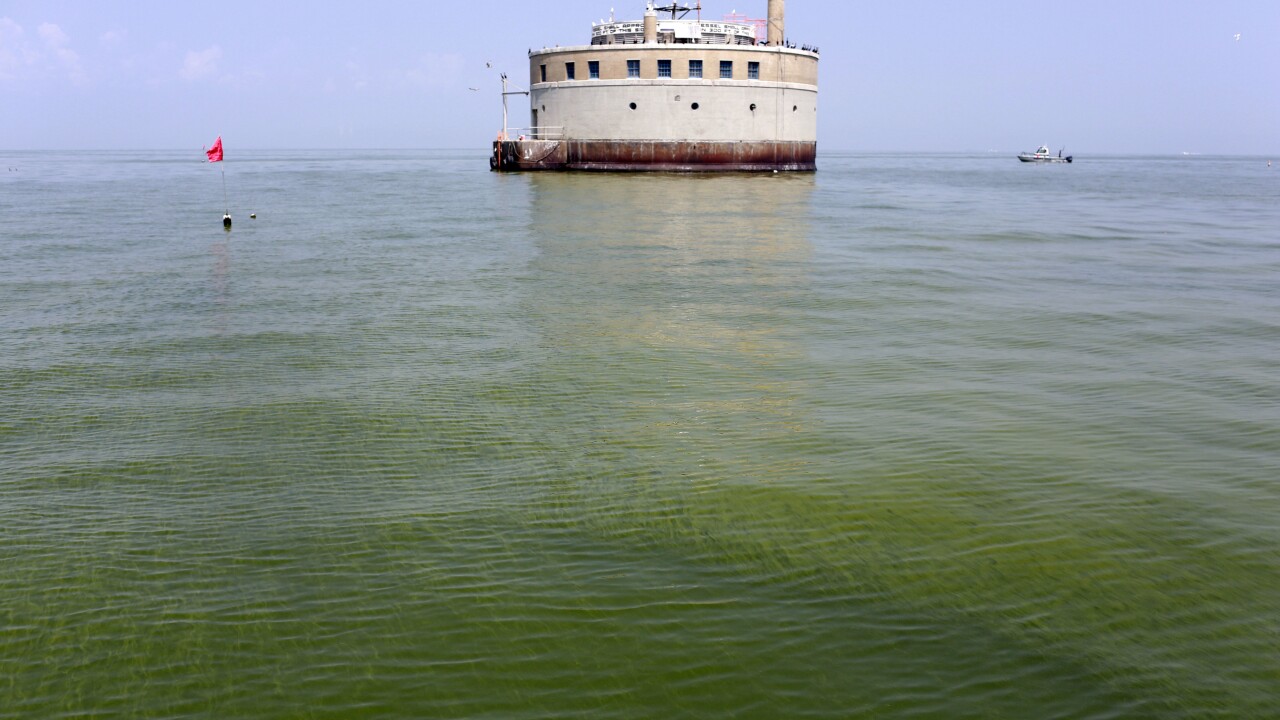 Haraz N. Ghanbari/AP
FILE - In this Aug. 3, 2014, file photo, the City of Toledo water intake crib is surrounded by algae in Lake Erie, off the shore of Curtice, Ohio.The state of Michigan is designating its section of Lake Erie as an impaired waterway because of damage to fish and other wildlife caused by harmful algal blooms, officials told The Associated Press on Thursday, Nov. 10, 2016. (AP Photo/Haraz N. Ghanbari, File)

CLEVELAND — The algae blooms that have long plagued Lake Erie won’t be as severe for the 2020 season as years past, particularly compared to the blooms of 2019, predicts the National Oceanic and Atmospheric Administration (NOAA) in a new report Wednesday.

Current data models predict the bloom will be smaller than last year. NOAA said models indicate a likely severity of 4 or less on a severity index of one to 10, but uncertainty in these forecasts indicate a potential severity of up to 6, which is still less than 7.6 seen in 2019.

The size of the bloom doesn't predict its toxicity. While the organisms in the bloom require nitrogen in addition to phosphorus to become toxic, as well as the right combination of genetic material, certain organisms will produce a toxin, said Dr. Chris Winslow, director of Ohio Sea Grant and Ohio State University's Stone Laboratory, in an interview with News 5 in July 2019.

NOAA said there is uncertainty in the maximum severity of these blooms because of limitations in forecasting the exact location and amount of rainfall for the rest of May.

The severity of the western Lake Erie cyanobacterial harmful algal bloom (HAB) depends on input of bioavailable phosphorus from the Maumee River during the loading season from March 1 to July 31.

NOAA’s HAB forecasts aim to alert coastal managers to blooms before they become a serious problem. These forecasts are done in the short-term, once or twice weekly, to identify which blooms are potentially harmful, where they are, how big they are and where they are likely headed. The longer-term, season forecasts predict the severity of HABs for the bloom season in a particular region.

Early warnings of potential size of these blooms helps seafood and tourism industries to minimize impacts.