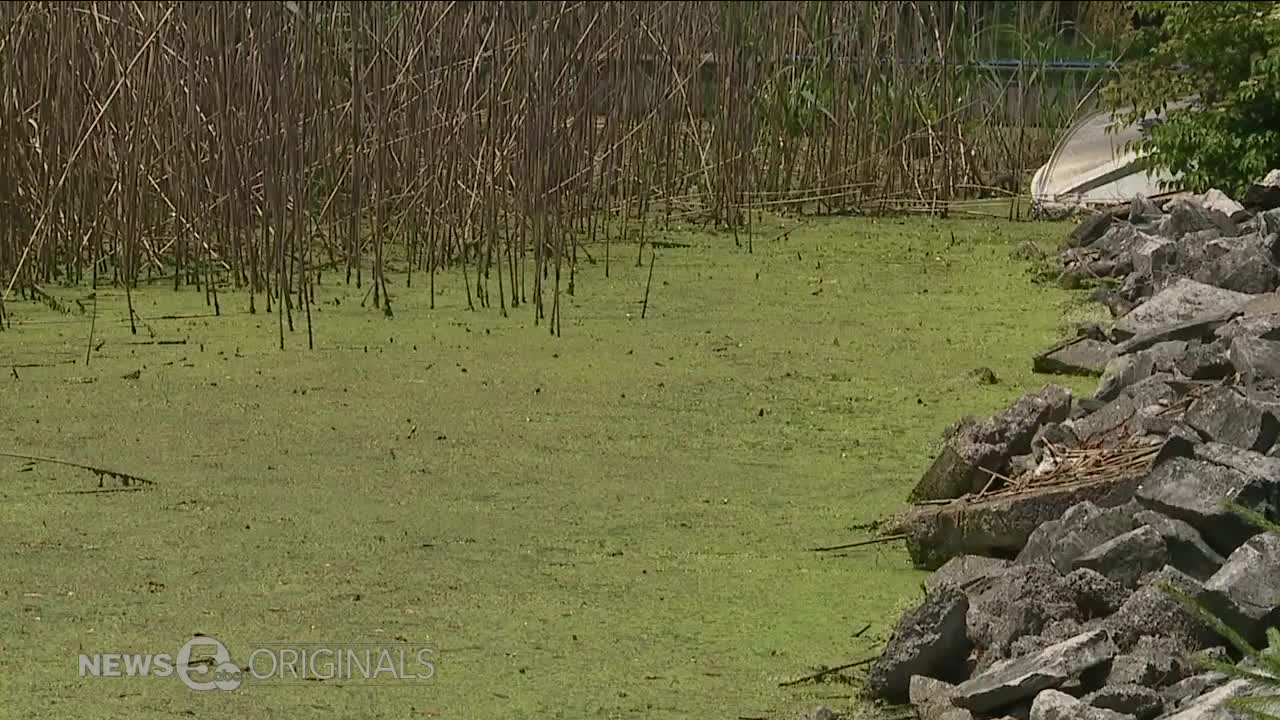 The National Oceanic and Atmospheric Administration (NOAA) and its research partners are predicting a larger algae bloom in Lake Erie this year compared to last year, but it won't be the biggest in recent years. 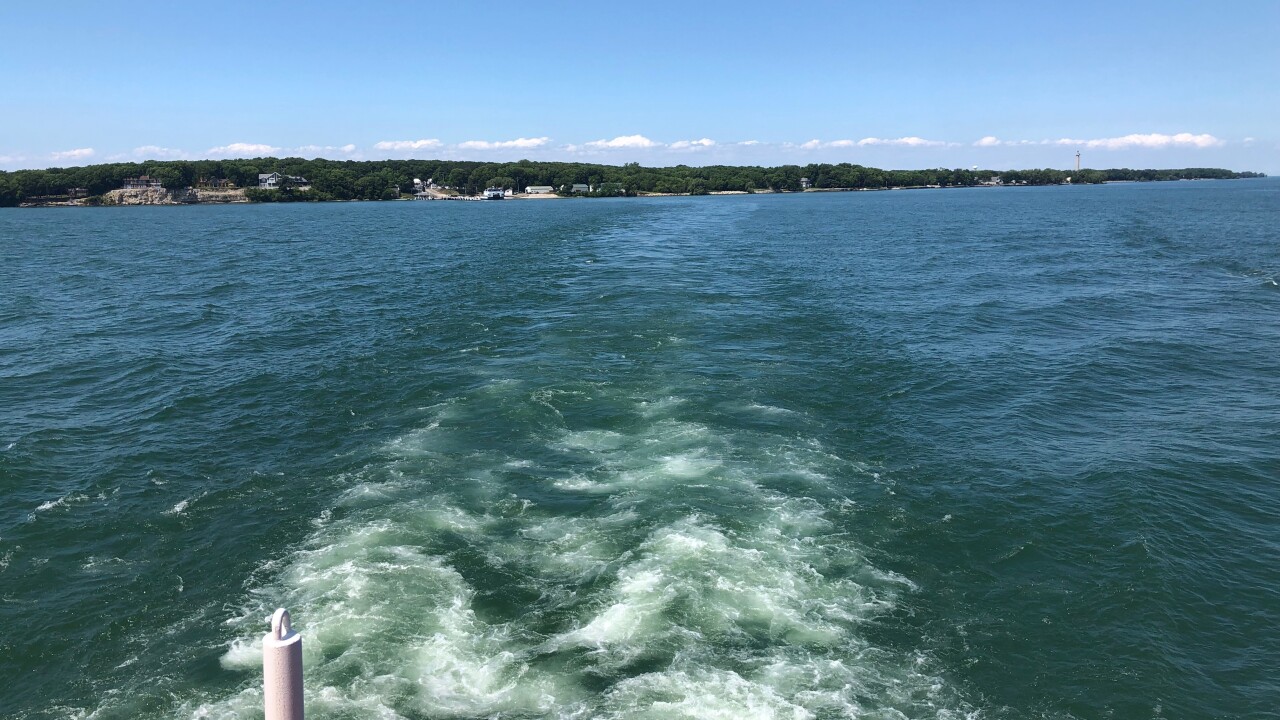 PUT-IN-BAY, Ohio — The National Oceanic and Atmospheric Administration (NOAA) and its research partners are predicting a larger algae bloom in Lake Erie this year compared to last year, but it won't be the biggest in recent years.

Researchers met at the Aquatic Visitor Center on Put-in-Bay Thursday to predict the severity of the algae bloom and put out a forecast calling for the bloom to be a 7.5 on a severity index of one to 10.

While there is no bloom in most of the lake yet, including in the waters off Put-in-Bay at the Aquatic Visitor Center, the bloom is expected to show up later in the summer.

"The bloom on Lake Erie, the size of it, is really closely related to the amount of phosphorus that comes out of the Maumee River," said Dr. Laura Johnson, director of the National Center for Water Quality Research at Heidelberg University. "That phosphorus is high enough that we’re expecting a pretty substantial bloom this year, somewhere between a 6 and a 9 [on the severity index]."

Johnson said while there has been heavy rainfall all season, which causes phosphorus runoff from fertilizer, there is not as much phosphorus in Lake Erie as expected.

"We correlate that back to the fact that it has been sort of wet and cold and rainy, all the way back through last fall, and farmers were unable to get fertilizer out last fall or get much fertilizer out this spring," Johnson said.

While rainfall can make an algae bloom more severe, there's another factor as well. High lake levels may be a mitigating factor in this situation, according to Dr. Chris Winslow, director of Ohio Sea Grant and Ohio State University's Stone Laboratory.

Winslow said that despite all the phosphorus in the water, the excess volume of water in Lake Erie dilutes nutrients and could lead to a smaller-than-expected bloom. While the bloom is predicted to be about a 7.5 in severity, there have been three years since 2011 in which it was an 8 or higher: 2011, 2015 and 2017. That means this year's bloom will likely be the fourth-largest bloom in the last two decades, Winslow said.

Still, the size of the bloom doesn't predict its toxicity, according to Winslow. While the organisms in the bloom require nitrogen in addition to phosphorus to become toxic, as well as the right combination of genetic material, certain organisms will produce a toxin.

Johnson said the toxin is a hepatotoxin, meaning it can affect the liver, but it has a wide variety of possible effects.

"At the easiest, just skin irritation. It can cause some stomach distress," Johnson said. "But if you consume a lot of it, it can actually kill you. It’s a pretty bad toxin. It’s worse than like a cyanide."

Researchers took News 5 out on a boat Thursday as they took samples from the water and monitored a water quality buoy, keeping an eye on the water's temperature, transparency and nutrient and oxygen content.

Winslow said that while the bloom has not been increasingly severe every single year, it is trending more severe year-to-year.

"If water is the mechanism, we have to do this whole scenario in the backdrop of climate change," Winslow said. "And in the Great Lakes, when you look at any of the climate change models, we’re going to see warmer temperatures and more increased precipitation."

Winslow and other researchers emphasized that if there is a bloom in parts of Lake Erie, it will not show up everywhere in the lake. However, Johnson said if you see the bloom in the water, it is probably best to stay away and to keep pets away as well. The bloom can show up as blue-green particles in the water or as a scum.

Winslow also noted that, while algae blooms and the toxins they can produce are a possible concern when it comes to drinking water, many water treatment facilities have sensors at their water intakes to monitor changes that could make water unsafe. He said he is confident that they have the tools, technology and training to remove toxins.