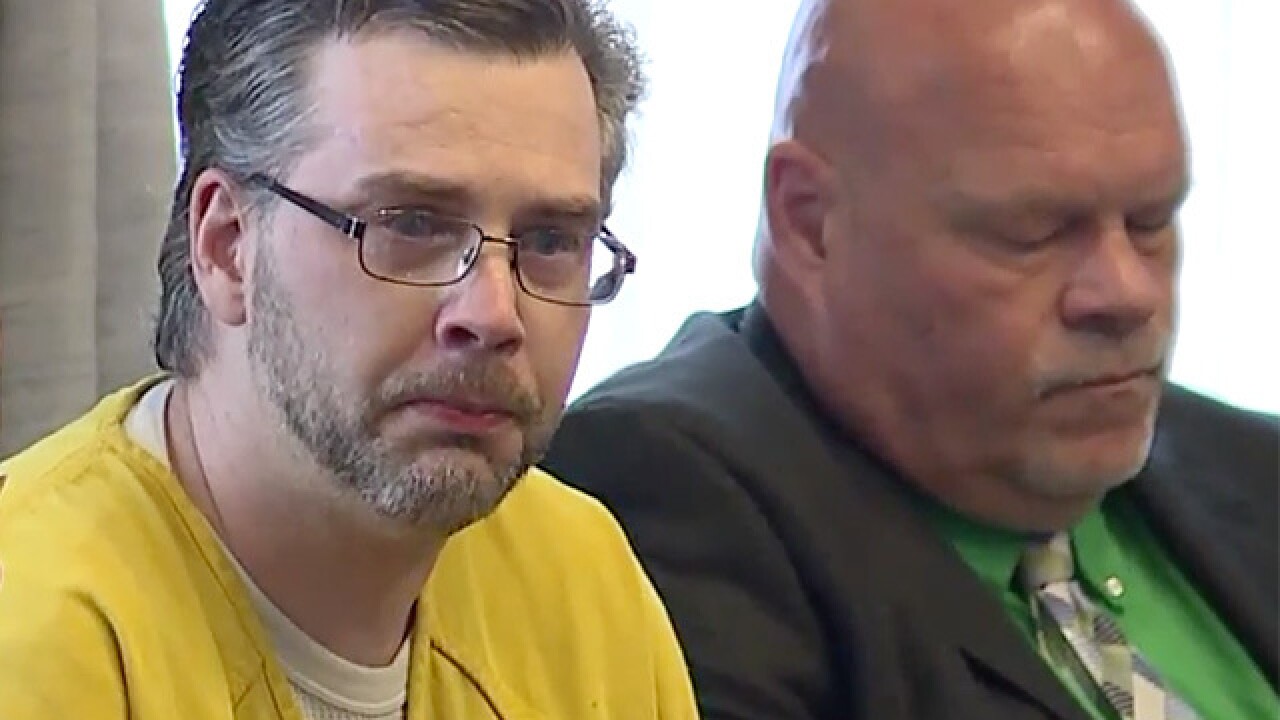 Copyright 2018 Scripps Media, Inc. All rights reserved. This material may not be published, broadcast, rewritten, or redistributed.
<p>Shawn Grate addresses the court for the first time.</p> 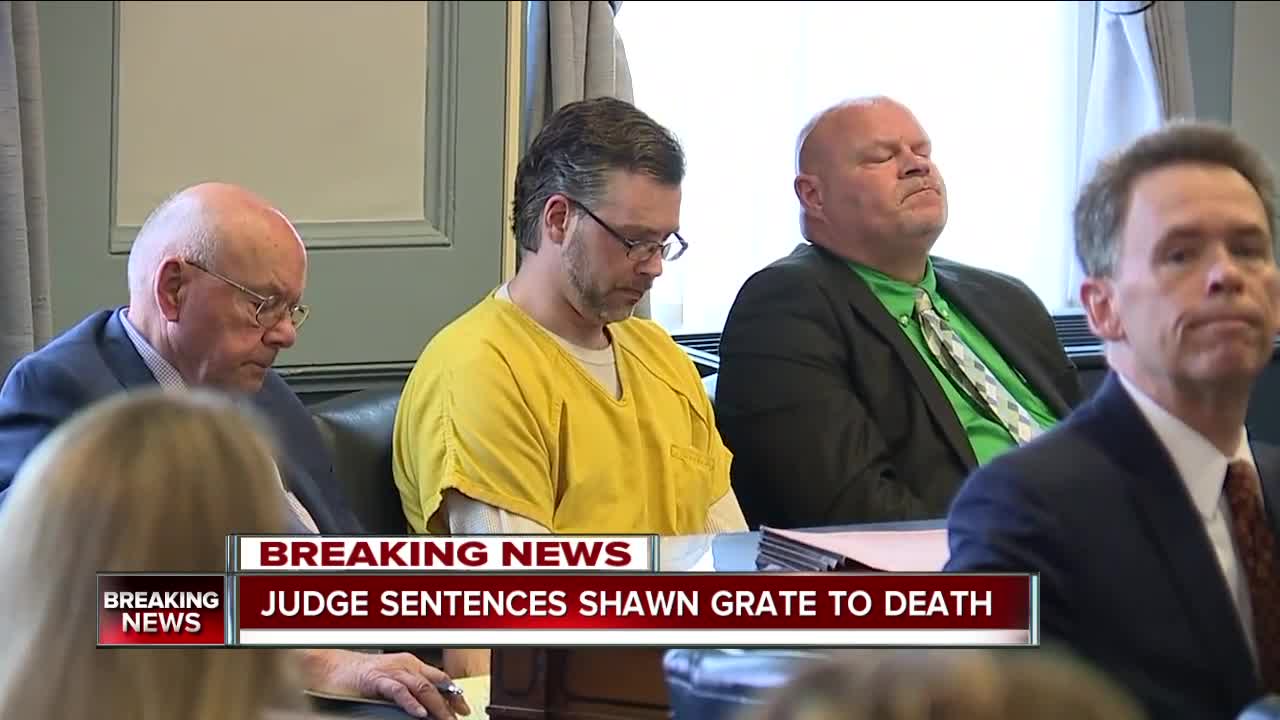 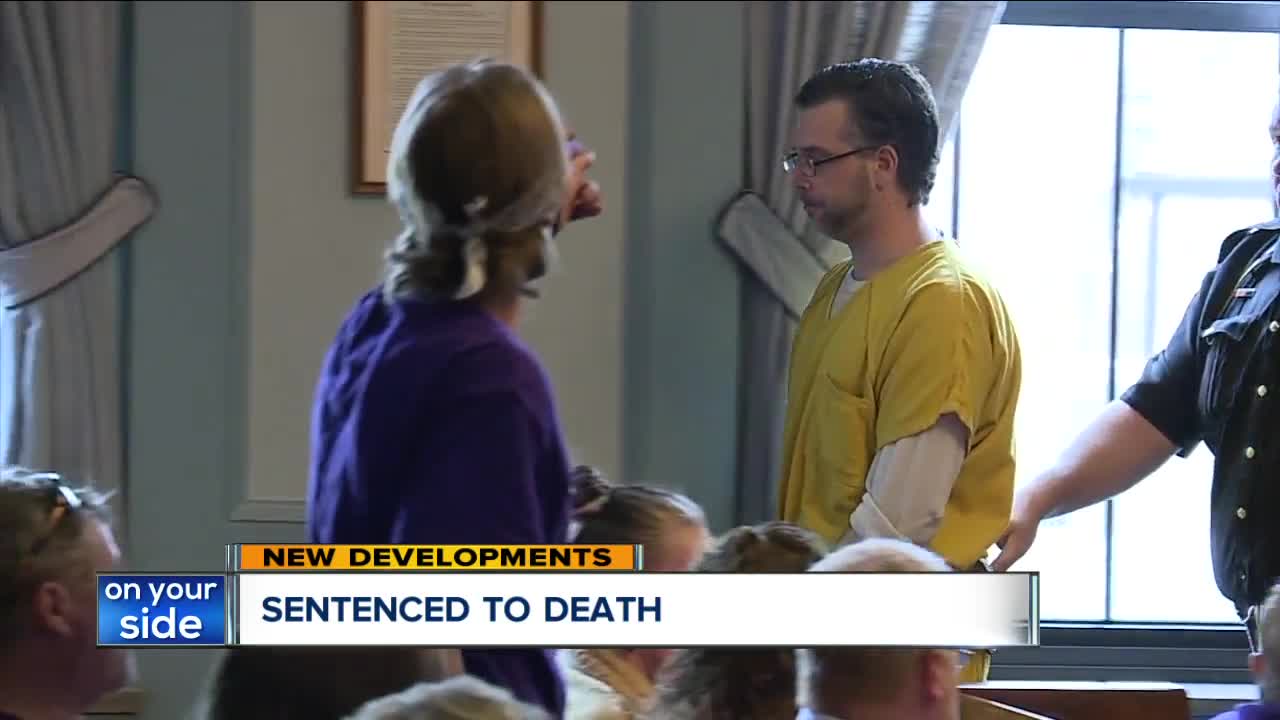 The judge in the Shawn Grate murder trial has accepted the jury's recommendation for the death penalty.

The courtroom clapped loudly as Judge Ron Forsthoefel handed down the sentence. He decided Grate will serve consecutive sentences on the other charges he was convicted of.

For the first time in the trial, convicted killer Shawn Grate addressed the families of his victims— Stacey Hicks and Liz Griffith.

He was convicted last month for the deaths of both women. He was found guilty on charges of aggravated murder and kidnapping. Late last month, the jury recommended death for Grate.

An emotional Grate delivered a short statement apologizing for his actions.

"I'm sorry. I can change nothing. Believe me, I would. Not for me but for you guys. Thank you."

He also said, "I can't say I am normal. I know right from wrong. Mainly, if I caused any hate or bitterness in all of any of you. I need to work on that. I ask you to maybe forgive me. Find it in your heart. I know not today, but someday. And just move on from this life and may the justice be served today."

The son of Stacey Hicks, the woman who was found dead, naked and tied up in the basement of Grate's home, made a victim impact statement.

"I'm not going to lie about it. I can't forgive you. You took my mom, my daughter's grandmother," her son said.

Grate appears to not be showing much emotion during impact statements. pic.twitter.com/cMIzWqg71l

He added, "You live with the punishment but you don’t live with the hurt… I’ll probably never forgive you... You killed the wrong woman. That was a great woman you killed. Standing up here looking at you is hard enough to do.”

"You’re a monster, dude. You’re a monster. There’s so much anger built up inside of me for you… A monster is what you are. You deserve much more than you’ll get," Adams said.

The mother of Liz Griffith said "You robbed me. You robbed me big time... you deserve the death penalty."