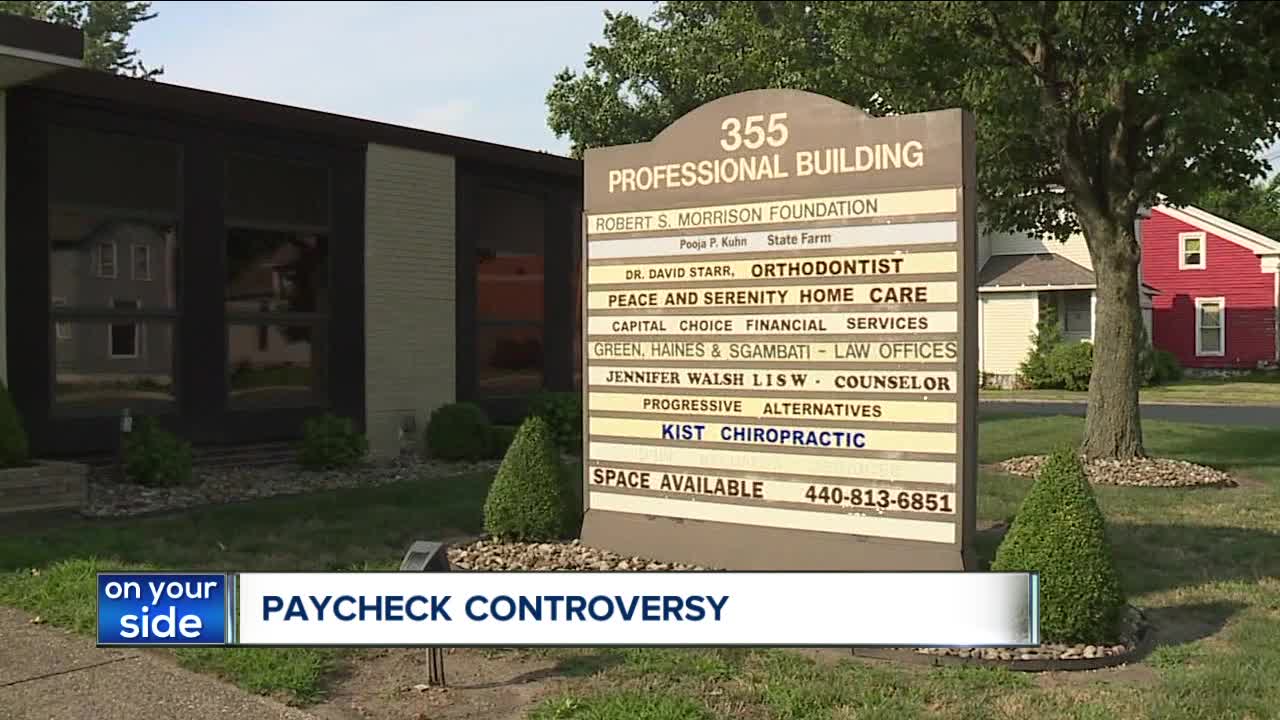 Dozens of caregivers, still waiting to get paid after their state funded agency Progressive Alternatives abruptly shut down, have been dealt another frustrating blow.

ASHTABULA — Dozens of caregivers, still waiting to get paid after their state funded agency Progressive Alternatives abruptly shut down, have been dealt another frustrating blow.

It's an update to a story 5 On Your Side investigators uncovered earlier this week.

Those hired to help people with developmental disabilities - now in need themselves.

Caregivers in Ashtabula and Mentor, some of whom live paycheck-to-paycheck, missing money they rely on.

Their former employer pulled the plug on operations, putting them in a financial pinch.

After weeks of delays, one of the owners of Progressive Alternatives told staff of the now-shuttered business that they could finally go to the bank and cash their paychecks Thursday morning.

One-by-one, about a dozen former Progressive Alternatives employees were turned away from a bank in Ashtabula after trying to cash paychecks they were told were no good.

"Why did you write me a check knowing that the funds were not there," said Mike Shaffer, a former employee.

But Mike Roberts, co-owner of Progressive Alternatives told News 5 over the phone that he thought the $40,000 he claims the State of Ohio owed him would have already been deposited into his account.

He admits his company still needs to distribute more than $30,000 to its caregivers who are out of a job and still waiting on paychecks.

The Ohio Department of Developmental Disabilities contradicts Roberts' claim. In a statement to News 5, a DODD spokesperson said Robert’s agency has been paid in a timely manner for all services billed.

Former employee Shaffer said it's hard to believe anything they're told because of all the excuses.

"I think what's really disappointing for me is you start a company on the basis you're going to help people with developmental disabilities, well you'd think you'd have some integrity about yourself. You think you'd care about people and want to do the right thing," said Shaffer.

For some former employees it’s not just the loss of pay they are thinking about.

"You care about the client, you care about what you're doing, you care and then just to have your clients plucked away from you and to not be reimbursed for your hours it doesn't sit right with me," said former employee Joanna Spiesman.

Despite employees' claims the company abruptly shut down, Roberts told News 5 that they gave clients and staff a 30-day notice.
He went on to say health issues prompted that decision.

Roberts is now telling his former employees waiting for pay it could still be another two weeks.