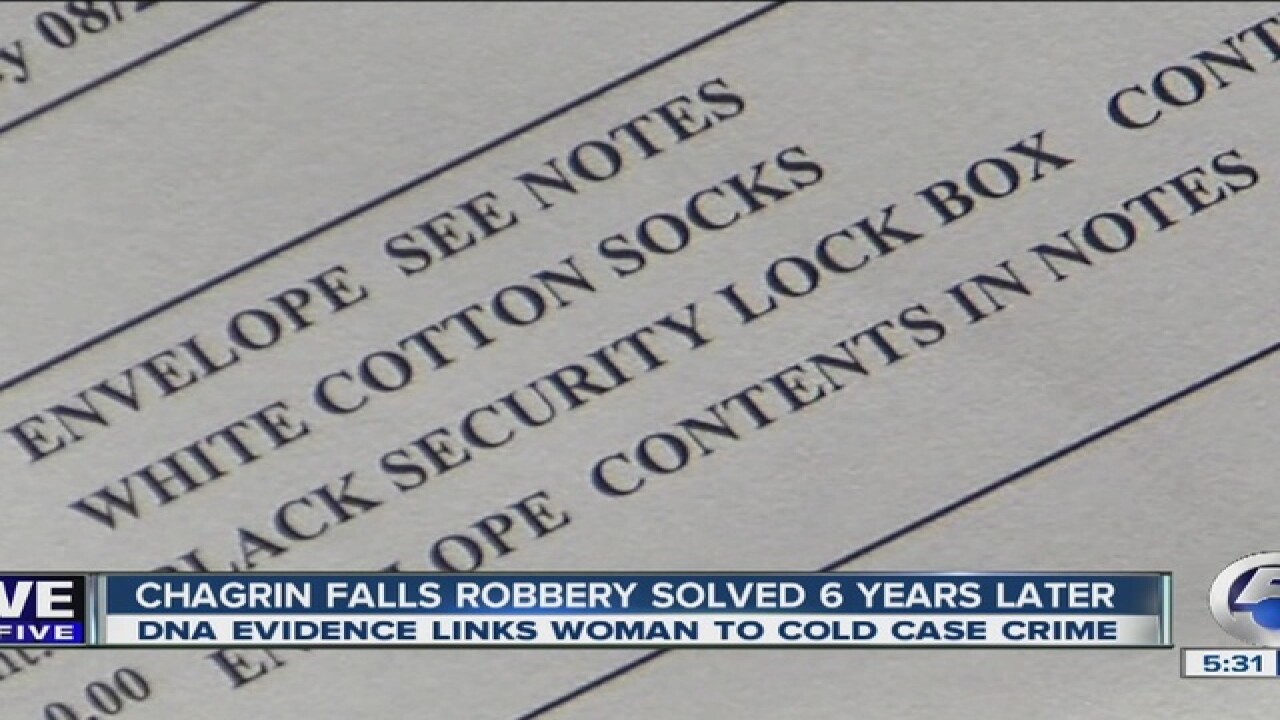 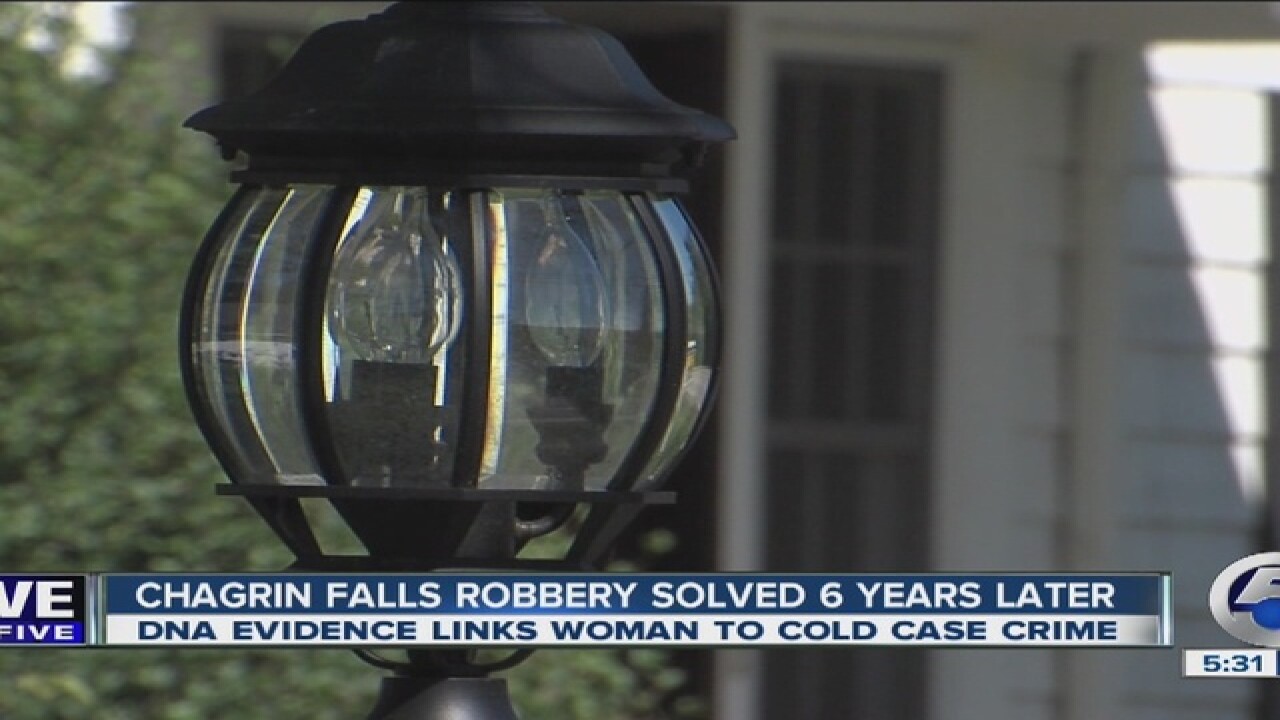 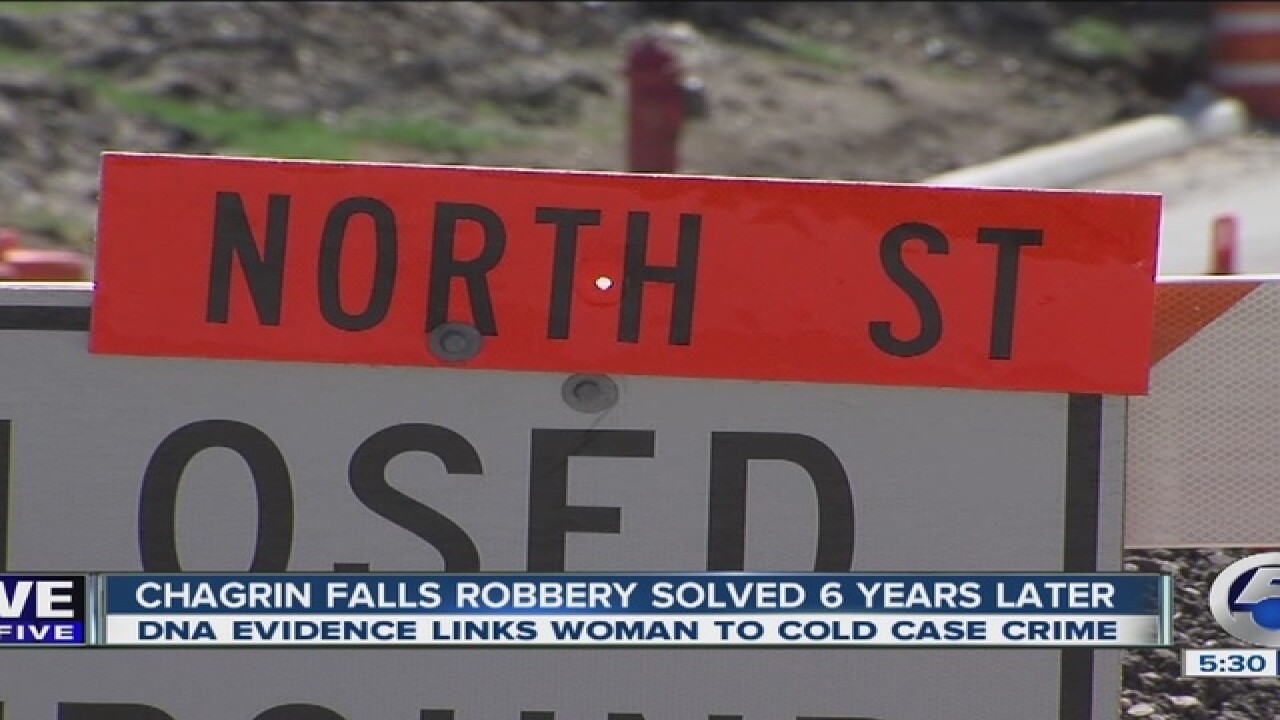 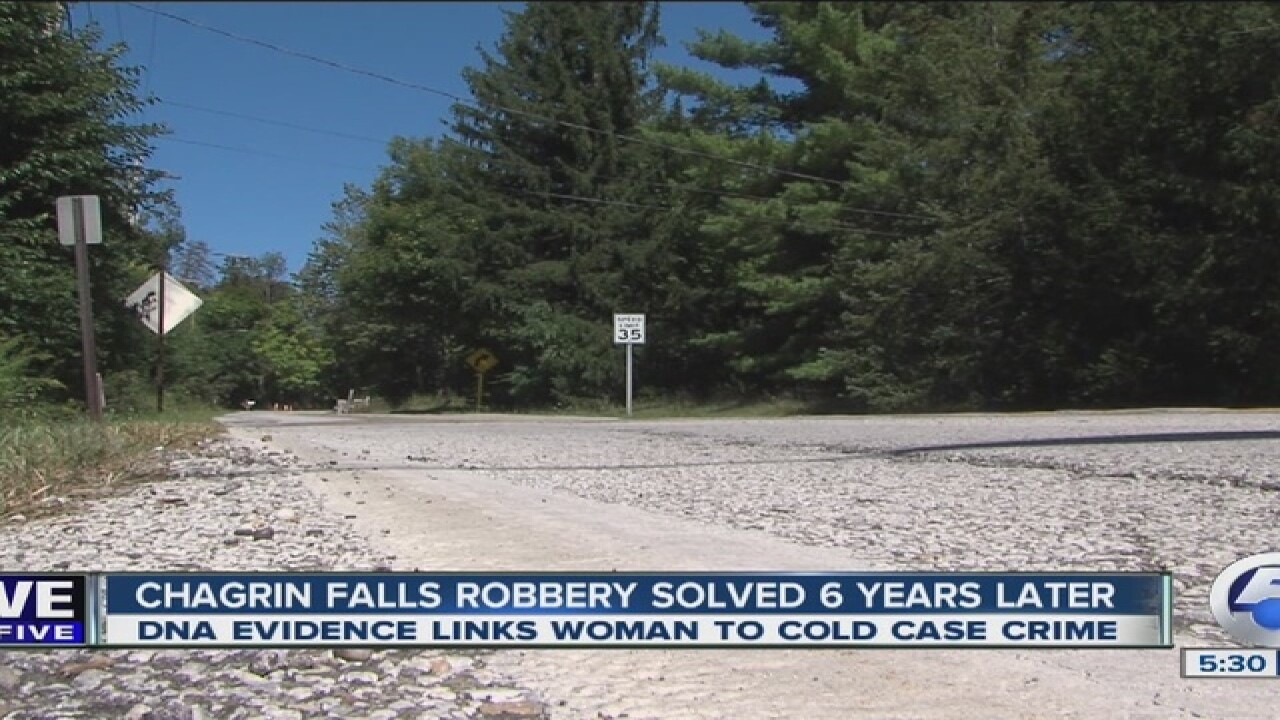 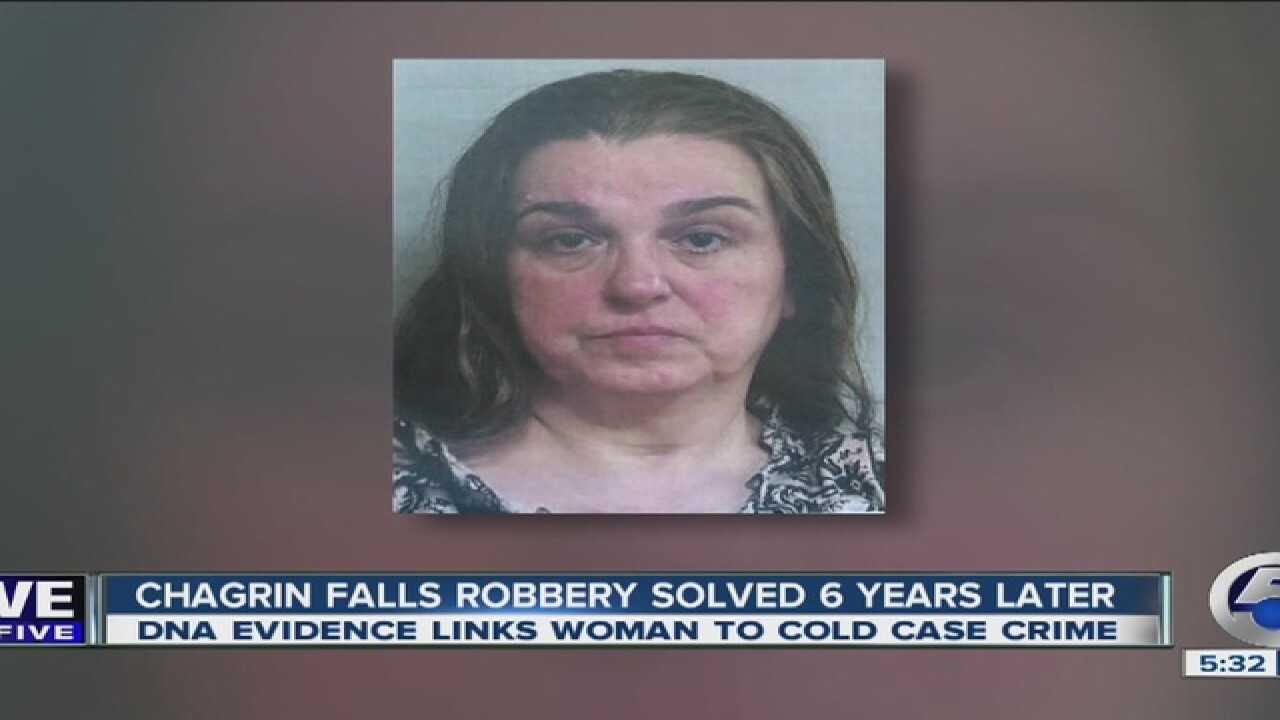 2009 burglary evidence on North Street collected by a now-retired Chagrin Falls police detective, Timothy Reed, proved to be the straw that broke the camel's back for a Polish woman found to be in the United States illegally.

A police spokesperson told newsnet5.com Monday that a white sock most likely used by a thief to hide fingerprints during an August 2009 breaking & entering crime instead left a DNA trail outside of a home's window. That trail led to 48-year-old Barbara Kaninsad in Virginia, who had been arrested on similar charges there.

Kaninsad's DNA had been collected as protocol in Virginia leading to several hits in multiple states of crimes similar to the Chagrin Falls robbery.

Monday, Chagrin Falls Police Department Sergeant Kimberly Libens said that until the DNA results came back this summer, only a few documents stolen during the 2009 burglary had turned up after the crime in a box found in Brooklyn, Ohio.

Personal property of over $20,000 included cash, jewelry, and a lock box with passports and birth certificates was reported missing on Tuesday, Aug. 25, 2009. Detectives discovered the home had been broken into. A white sock discovered on the ground below a window that had been propped open was determined to not be related to anyone in the home.

That white sock—collected by Chagrin Falls police, then turned over to the Ohio Bureau of Criminal Investigation—had enough DNA inside it to get a matching hit after police in Virginia entered Kaninsad's into a national data base.

After Kaninsad faces charges, and is tried in each state linking her to evidence found at crime scenes there, she will face charges and be tried in a Cuyahoga County courtroom. A grand jury has recently indicted Kaninsad with felony charges in the Chagrin Falls theft.

Kaninsad is currently being held in Virginia.

"We received her booking photo from the arrest in Virginia and the victim in this case was able to identify her as one of the people who had in fact been at the house earlier that day," said Sgt. Libens.

In 2009, one of the robbery victims told police that two women had knocked on the door of the home just hours before the robbery had been discovered. The women had asked for directions.

There are not any city sidewalks on North Street where the robbery occurred. It is not known if the women were on foot or in a vehicle when they approached the home.

A complete police report was not available Monday, police citing the report as evidence in an ongoing investigation.

One woman was described by one of the victims in the home listed on the report as being of "Eastern European" descent.

After six years, a crime of opportunity caught up with Kaninsad, her DNA now offering prosecutors with their own opportunity.