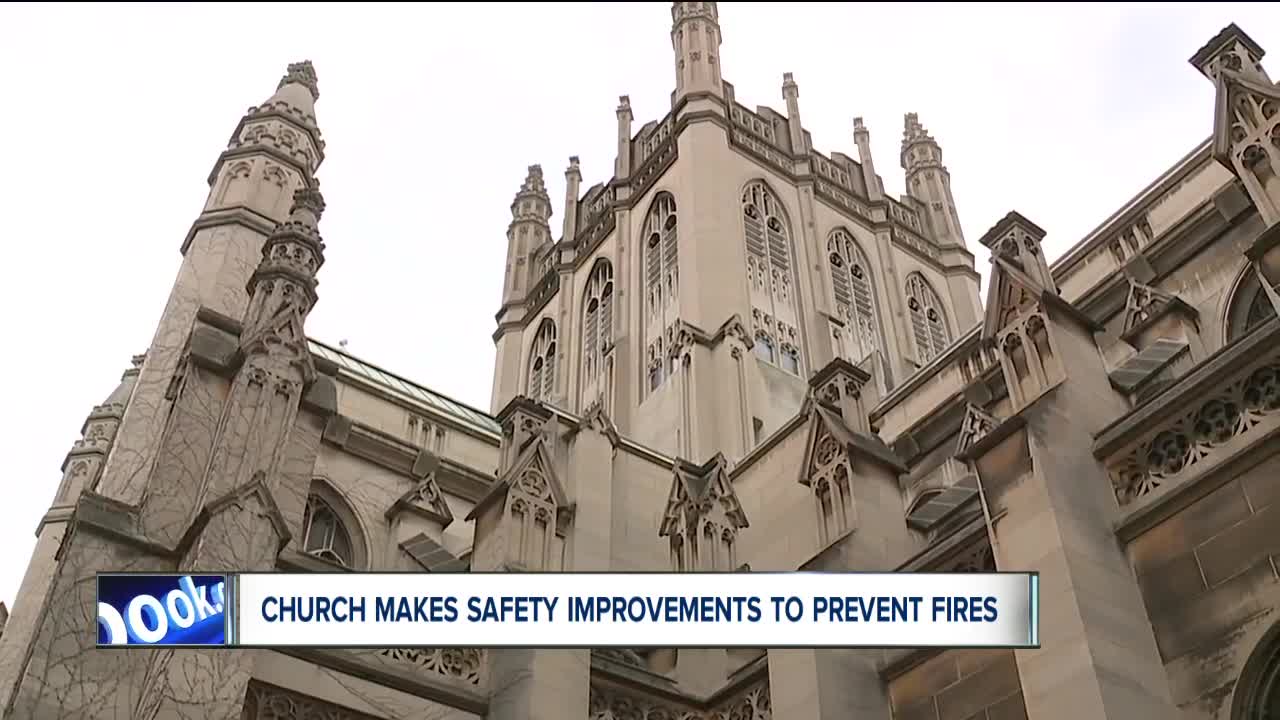 The fire at Notre Dame Cathedral in Paris highlighted the vulnerabilities of the centuries-old cathedral. For leaders at Trinity Cathedral in Cleveland, it’s a reminder of their own cathedral’s vulnerabilities, which the cathedral worked to address in a recent safety improvement project. 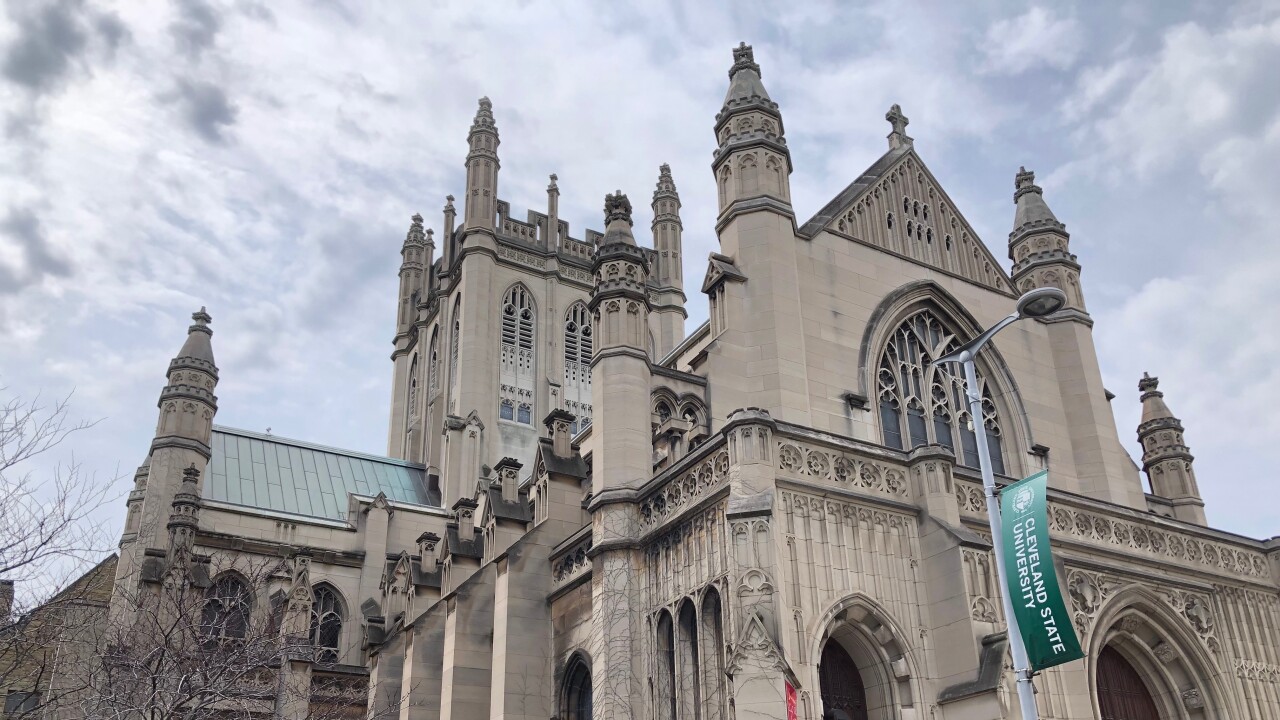 At Trinity Cathedral on Maundy Thursday, bells rang in solidarity with Notre Dame.

“It was devastating,” said The Very Reverend Bernard J. Owens, dean of Trinity Cathedral. “Notre Dame is not just an incredible cultural asset that fortunately I’ve had a chance to visit and a great number of folks I work with have. It’s also a Christian sanctuary and one of the few places that, as a cathedral, has been a place where Christians have been working and worshiping and praying for centuries upon centuries.”

Owens described Notre Dame as a “source of pilgrimage and sanctuary.”

“And to see something like that go up in flames, first of all, my heart was broken,” Owens said.

The fire made him and many others think about the cathedrals entrusted to their own care, “sacred buildings that are not just buildings, they are places of heart and soul and prayer and fellowship,” Owens said.

He reflected on the timing of the fire during Holy Week.

“There are so many people in Paris, whether they were traveling, whether they were on pilgrimage, that was going to be where they worshiped,” Owens said. “What a sacred thing to do. And so suddenly, they are displaced. They are going to find another place to worship, rather than miss that incredible opportunity. But for Christians, Holy Week is such an experience of openness, of walking through such a holy part of our story and our lives. Frankly, it’s a reminder certainly of limits in life and our mortality and the limits of these buildings that we think are here forever. But it’s also grief. I think there’s just deep, deep sadness over a great treasure that has been lost for now.”

Along with that, Owens said, comes gratitude for the opportunity to rebuild and start anew, and to remember the importance of stewardship.

“We needed to really pay close attention to make sure that this building was as safe as it possibly could be, not only for our own congregation, but for anyone who comes through our doors,” Owens said of Trinity Cathedral. “We wanted it to be certainly safe, but also something to where it was accessible, so when we say all are welcome in this place, we really mean it.”

That means addressing vulnerabilities at Trinity Cathedral, which is more than 100 years old. Trinity began to do that in 2018 with its safety improvement project.

The project cost more than $1 million and, according to Diane Swander, the chief operating officer at Trinity Cathedral, the money was donated by congregants and city institutions.

“Any sacred space built in the early 20th century shares vulnerabilities,” Swander said. “Lack of fire suppression, oftentimes [no] support for egress, no railings, emergency exit lights are something that didn’t exist in 1900. So those were the areas that we were most interested in addressing, and this project allowed us to complete those items that are required for current code.”

The improvements made at Trinity, she said, include “fire-suppression sprinklers, smoke dampers to prevent smoke infiltration to the nave of the church, emergency lighting, exit signs, exterior lights, [and] railings for all of our exterior exits for the cathedral.”

The goal is to prevent fires or other emergencies, but also to ensure the people who use the building remain protected.

While the fire at Notre Dame didn’t spur the improvements, for which Swander said Trinity began planning four years ago, it’s a chance for cathedrals like Trinity to take a look at their own vulnerabilities.

“It helps us to remember that stewardship of a place like this is something that never ends, and I actually say that in a positive way,” Owens said. “It’s a gift to be able to care for something like this.”

The improvement project and the vision of the staff and congregants who planned it “allows us to both grieve for what’s going on in Paris and also be able to say we’ve done some good work to make sure this is as safe a place as it possibly can, because we want this to be a sanctuary for all of Cleveland, and we want it to be that way for many years to come,” Owens said.

“Apart from acts of God, I think we feel we’ve done the best we can to address the risks that we knew that we had,” Swander said.

Trinity Cathedral isn’t the only Cleveland cathedral that has made safety improvements in recent years. Saint John the Evangelist celebrated its 100th anniversary in 1947, according to James Armstrong, a church deacon. Armstrong said reconstruction work was done around that time.

However, more work was done about five years ago, Armstrong said. At that time, the cathedral installed an engineered fire alarm system that is now monitored 24/7. Armstrong also said wiring for ceiling lights was updated and LED lighting was installed.