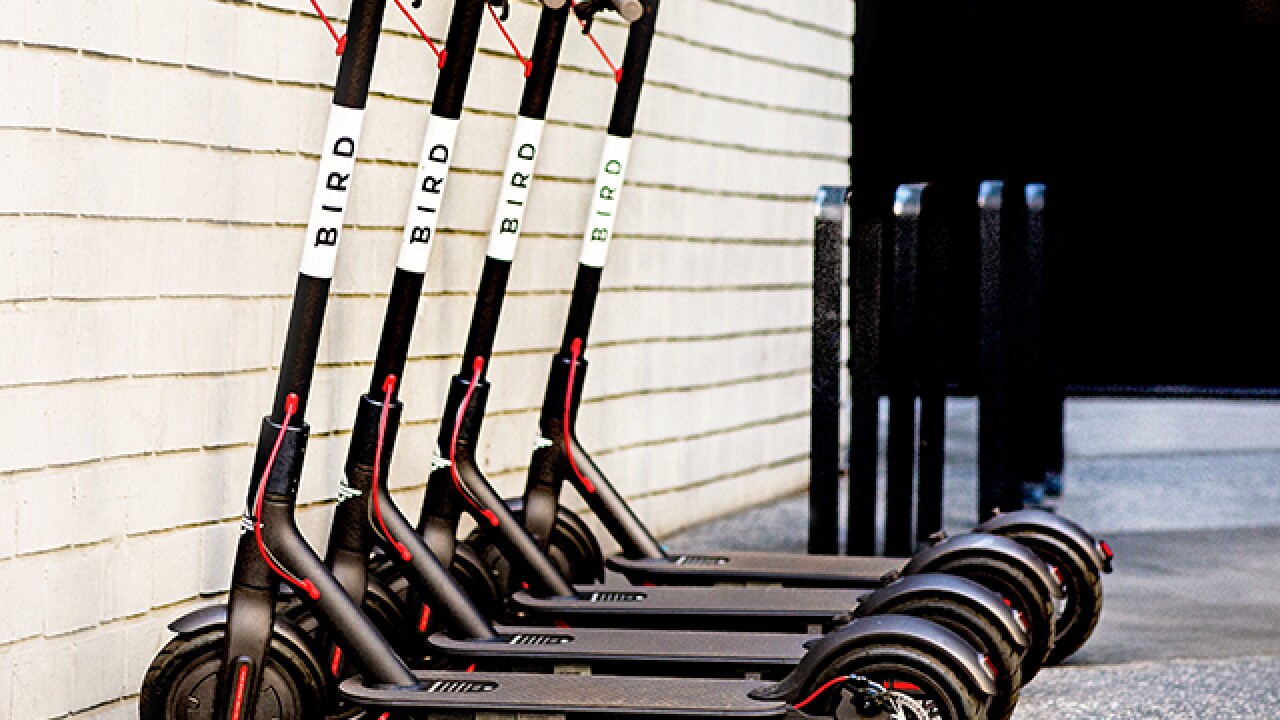 Copyright 2018 Scripps Media, Inc. All rights reserved. This material may not be published, broadcast, rewritten, or redistributed.
<p>Photo courtesy of Bird.Co</p>

They landed in Cleveland and now they're taking flight.

A representative from Bird, the company behind the electric scooters seen around town, said it is halting operations.

Just last week, they landed in Cleveland with residents eager to give them a test run around town.

We are voluntarily pausing our operations in Cleveland. However, we have had productive conversations with Councilman Kerry McCormack and community members, and are hopeful that we will be able to collaborate with the City on their permitting process so that Bird can be a reliable, affordable, and environmentally friendly transportation option for the community.” - a Bird spokesperson

Their arrival brought mixed feelings among residents and city officials who brought up safety concerns for riders. Some cities ordered Bird to remove the scooters from streets until rules could be put in place to govern the scooters.

Eleven days ago, the City of Cleveland formally requested that the company remove the Bird scooters from the streets, stating that any scooters "reintroduced" to the streets the next morning would be removed and impounded by the city.

A statement from Barbara Langhenry, the city's Law Director, reads, in part:

We have seen these scooters parked unattended on the sidewalks of the City.  Please be aware that Bird Rides, its agents, or customers, are not permitted to place property on the sidewalks of the City without obtaining a permit.  There are no permits for the scooters placed throughout the City.  We believe that you would agree that the placement of unattended, commercial, electric scooters on City sidewalks raises important safety issues that need to be fully explored and properly addressed with the City.

Councilman Kerry McCormack said talk about the future of the scooters in Cleveland will happen in the near future.

I support @BirdRide’s decision to temporarily pull their scooters in #Cleveland. This is a good faith effort to allow for talks with the city on hammering out an agreement and guidelines for permanent operation. I expect those conversations to happen in a reasonable time frame.

I am writing to update you on the University’s response to the recent unauthorized placement of electric “bird” scooters on campus. The University has sent a letter to the company that operates the scooter rentals requesting the immediate removal of these vehicles. We will be storing those that still remain on CSU property until they are retrieved by the company.