No estimate of project's total cost yet 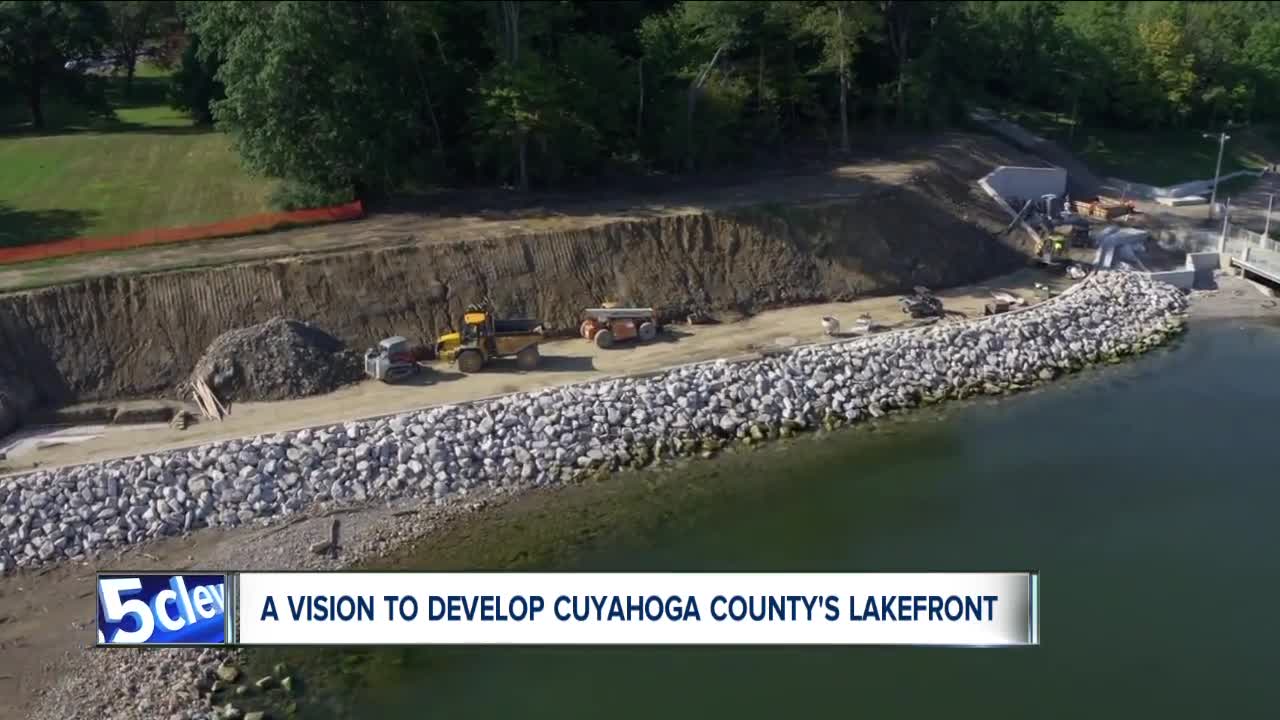 Cuyahoga County leaders announced a plan Thursday to connect paths, trails and boardwalks all along Lake Erie from Bay Village to Euclid. "Our best asset in the region, other than its people of course, is our lake," Cuyahoga County Executive Armond Budish said. "Whether it's recreation or transportation or economic development, Lake Erie offers it all."

The goal, Budish said, is to give the public "free and unfettered access" to Lake Erie.

The project is still in the very early stages, according to county leaders, who did not have an estimate of how much it might cost or a firm timeline on when changes might take place.

Michael Dever, Cuyahoga County's director of public works, noted the county has requested a grant of about $200,000 from the Northeast Ohio Areawide Coordinating Agency (NOACA) and that other funding will come from the county, Cleveland Metroparks and possibly foundations.

"Obviously funding is a huge responsibility here that we're going to have to still work out, so that is just another piece of this overall puzzle to try to work to," Dever said.

Dever noted that the city of Euclid's waterfront improvement and shoreline protection project has cost or will cost approximately $13 million for just under one mile of waterfront. He said getting plans in place for this larger project could take six months to a year.

Budish said the county would need support from the six cities along the lake, as well as state and federal legislators and other organizations.

Tim Swartz rides his bike in Lakewood a few times a week. On Thursday, he rode his bike through Lakewood Park and told News 5 he was excited to hear about the county's announcement.

"It would definitely make it more convenient," Swartz said. "I ride now on Lake Road west and it’s really not great because there’s just not a bike lane, not until you get to Lorain County."

Swartz said he and his wife live along the lake and are fine with the idea of having connected paths or trails that run in front of their house.

Asked about the cost, Swartz said he was willing to support it with his tax dollars but didn't know how much the cost might be.

"I hope it happens," Swartz said. "I’m excited about it."

Dr. Robert Allan Simons, a professor of urban planning and real estate at the Levin College of Urban Affairs at Cleveland State University, said the county's idea was a good one, but that it might take some time to complete and may come with challenges as far as connecting land at different elevations.

"There’s also bits and pieces that are quite high up, that are on the top of the cliff, and other parts are down low, so that’s not going to be so easy to connect," Simons said. "But with tunnels and some planning, it probably is possible."

Simons also noted there may be economic benefits to having connected paths like the project promises.

"Being next to a running path or a park or any kind of access trail would probably increase property values by between five and 20 percent," Simons said.