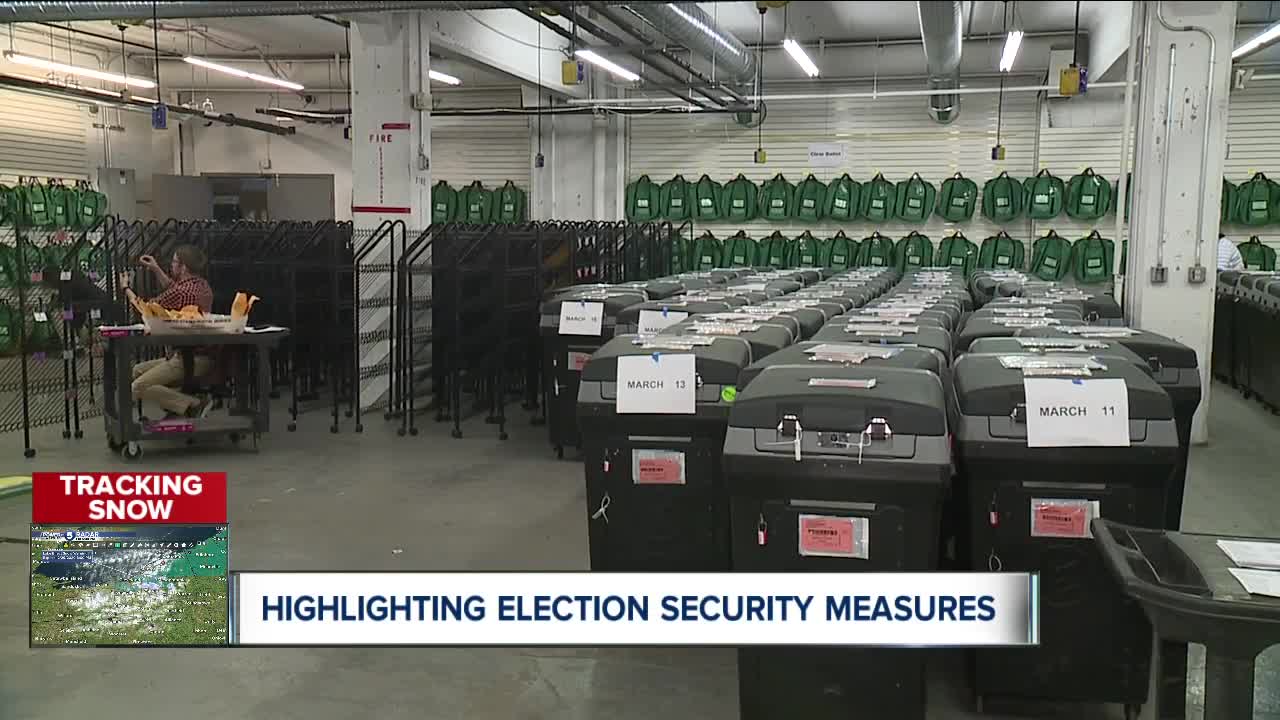 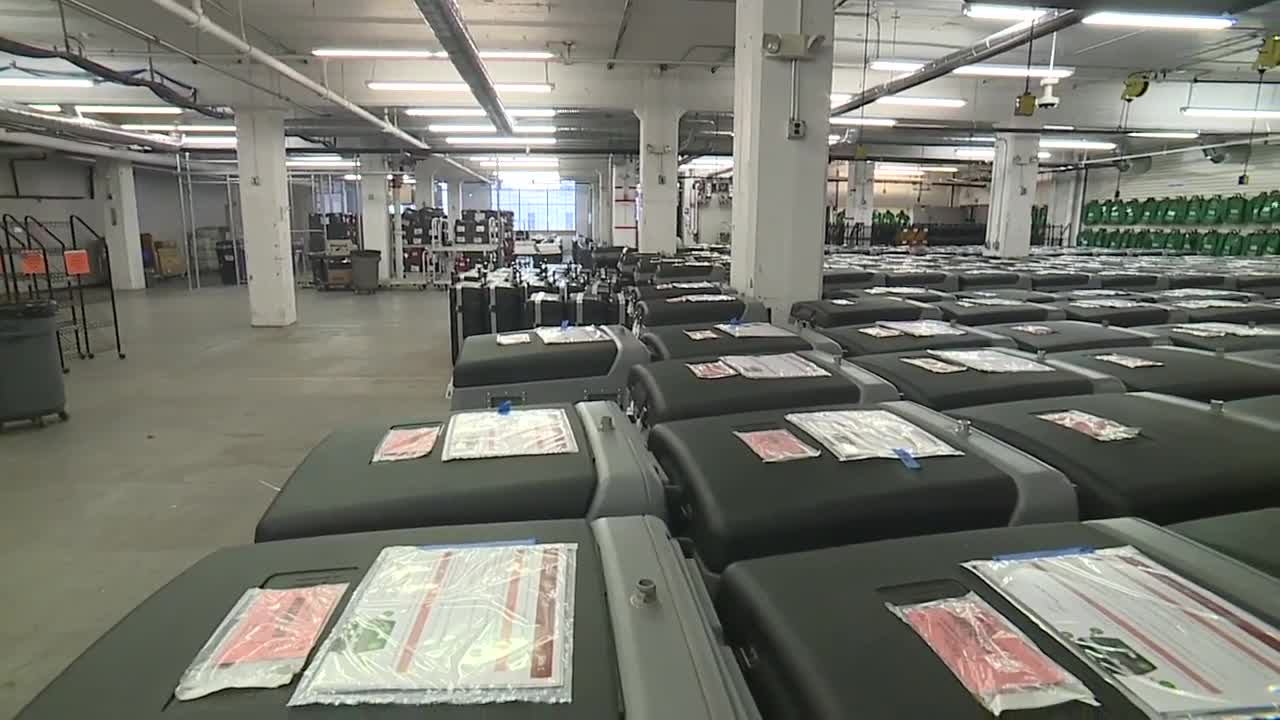 CLEVELAND — Weeks after completing a state mandated 34-point security checklist the Cuyahoga County Board of Elections was taking care of a 35th point.

A large part of election security is fighting back against efforts aimed at undermining the system so that's why they opened up their warehouse in Cleveland where the voting machines are stored to take a small group of inquisitive voters through the process they will follow on March 17.

"We don't have any secrets," said Cuyahoga County Board of Elections Director Anthony Perlatti. "We want people to have confidence in the system and we like to show off what we do here so we have people come down to events like this so they can see what's going on, what are the layers of security, what are the layers of quality assurance that we put into our process and actually what is the process that happens."

Perlatti hopes the tours will help educate the local voters.

"Most people, all they do is cast their ballot at the polls, which is what they're supposed to do and then they don't know what happens after that. So it's giving them that education so they know because we want them to have the same confidence," he said.

Last month, Ohio Secretary of State Frank LaRose said that efforts to interfere in our elections isn't talk, it's a reality.

"There are foreign adversaries who want to undermine the credibility of this thing that is really fundamental to our way of life as Americans and that is the ability to elect our leaders," LaRose said.

Early voting in the state started Feb. 19 and will continue until March 16 at 2 p.m., the day before the primary. Hours continue next week Monday through Friday, 8 a.m. to 5 p.m. with Saturday hours starting March 7 from 8 a.m. to 4 p.m.