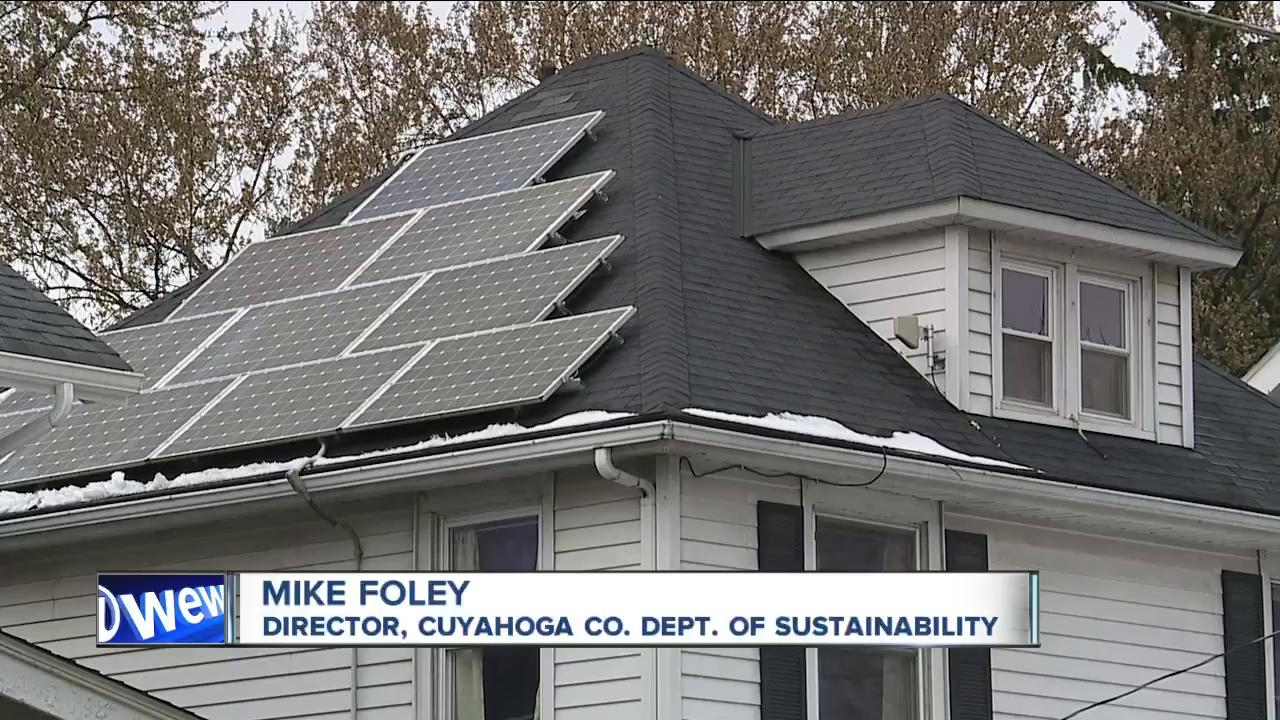 The Cuyahoga County Department of Sustainability is working with homeowners again this winter to help them with the costs of installing solar panels at their homes. 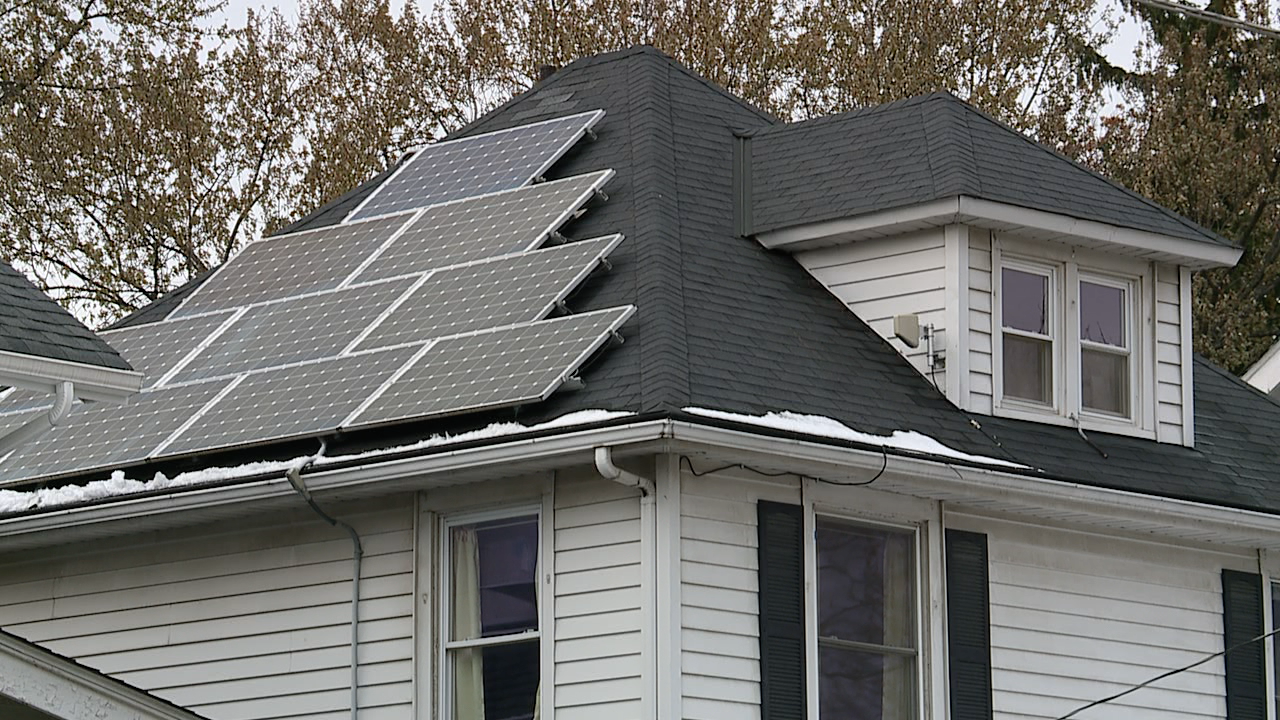 CUYAHOGA COUNTY, Ohio — The Cuyahoga County Department of Sustainability is working with homeowners again this winter to help them with the costs of installing solar panels at their homes.

The co-op program, which has been around for a couple of years, is working with the national nonprofit Solar United Neighbors, holding informational sessions for interested Cuyahoga County homeowners, including one at 6 p.m. Thursday, November 14 at the Chagrin Falls Library.

Additional sessions are planned for December 4 at the Strongsville Library and December 5 at the Shaker Heights Library, both at 6 p.m.

The cost of going solar

Getting solar panels installed can cost thousands of dollars upfront, but the goal of the county’s co-op program is to save homeowners 15 to 20% of that cost.

“We’ve had over 1,500 people attend meetings over the last two and a half years,” said Mike Foley, director of the Department of Sustainability.

Foley said more than 100 households have gone solar. The co-op program gives them information and resources about how to do that, but it also aims to save them money.

Once enough people sign up, the co-op sends out a request for proposals to 75 to 100 solar installers in four or five states. Some installers then send back proposals with prices and information, from which a subgroup within the co-op will pick.

“People can come to meetings and not sign up for the co-op,” Foley said. “Or you can sign up to be a co-op member and you can decide, ‘Hey, this just isn’t for me right now. Maybe I’ve got kids in college or I just can’t afford it at the moment.’ But at least for us, it informs people about what the process is, how to do this, why it’s important.”

Foley said he was part of the first co-op program, installing 12 solar panels on his rooftop at a cost of approximately $10,000, with a low-interest loan through the county. He was also eligible for a 30% federal tax credit for homes and business, which will be reduced to 26% for those who install solar panels in 2020, lowering the cost to about $7,000.

“It covers about 45% of our electricity needs over the year,” Foley said. “Some months are better than others. January’s an awful month for solar, just so you know, but June and July are pretty good.”

Foley said this was important to him.

“Look, climate change is a real thing,” Foley said. “And we have an obligation to address it, it seems to me, and this is a way to do it in a way that’s affordable.”

He also said it helps with local jobs, noting that there have been almost 30 full-time jobs for people who have worked on solar because of the co-op program and that more than $1.5 million has been spent in the local economy for solar panel installation.

Is it worth it in northeast Ohio?

Roger French is the director of the SDLE Research Center and the Kyocera Professor of Materials Science and Engineering at Case Western Reserve University. He said that while cloudiness and less sun during the winter months can make a difference, it’s still worth it in northeast Ohio.

“Germany now gets the majority of its electricity from solar panels and Germany is much farther north than Cleveland,” French said. “So Cleveland is in a really nice place for getting PV power.”

PV, or photovoltaic, modules are what most of us call solar panels. French has an array of them on his own house and in his backyard and said the average payback time for most people now is just a few years.

“How long will they perform and how long is their lifetime?” French said of the research he and his students at Case have undertaken.

Over the last several years, the technology has advanced. Newer cells produce more energy and are less expensive, French said. Panels are also under warranty for 20 to 25 years, although they last much longer in most cases, and he and his researchers are receiving funding from the U.S. Department of Energy to find out what would make modules last for 50 years.

French said a co-op program was “a way to reduce not the cost of the panels but the whole overhead of installing and all that.”

A homeowner plans to go solar

Tristan Rader is the Ohio program director for Solar United Neighbors. He’s also a city council member-at-large in Lakewood, where he and his wife plan to install solar on their house in the next couple of months through the county’s co-op program.

“We bought this house in 2013 and it was on the list of improvements to make,” Rader said.

Rader said they expect to spend about $10,000 net to install solar and expect they’ll break even after nine or ten years due to lower electricity bills. He said the co-op and decision to go solar were decisions that solved two issues at once.

“You’re doing something that you want to do for the environment, something for sustainability reasons, but you’re also able to save money every month by doing it,” Rader said.

Of the decision to install solar in a climate that isn’t always sunny, Rader said, “A lot of people think it’s not an option, but the facts are in, the science is in. Solar does work in Ohio.”

Anyone who is interested in the co-op program but cannot attend an informational session can find more information here and here.