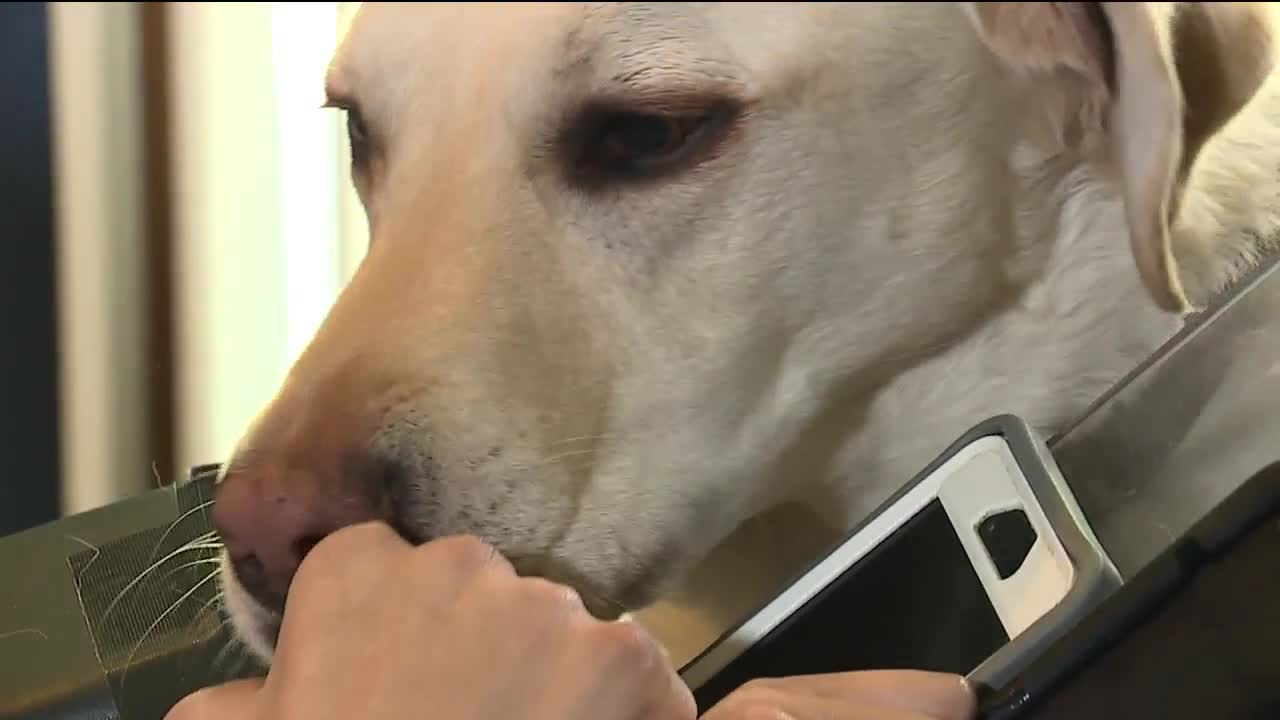 He captured hearts after picking out his own toy at the store, but Anatoli is no ordinary dog. He’s got a job. 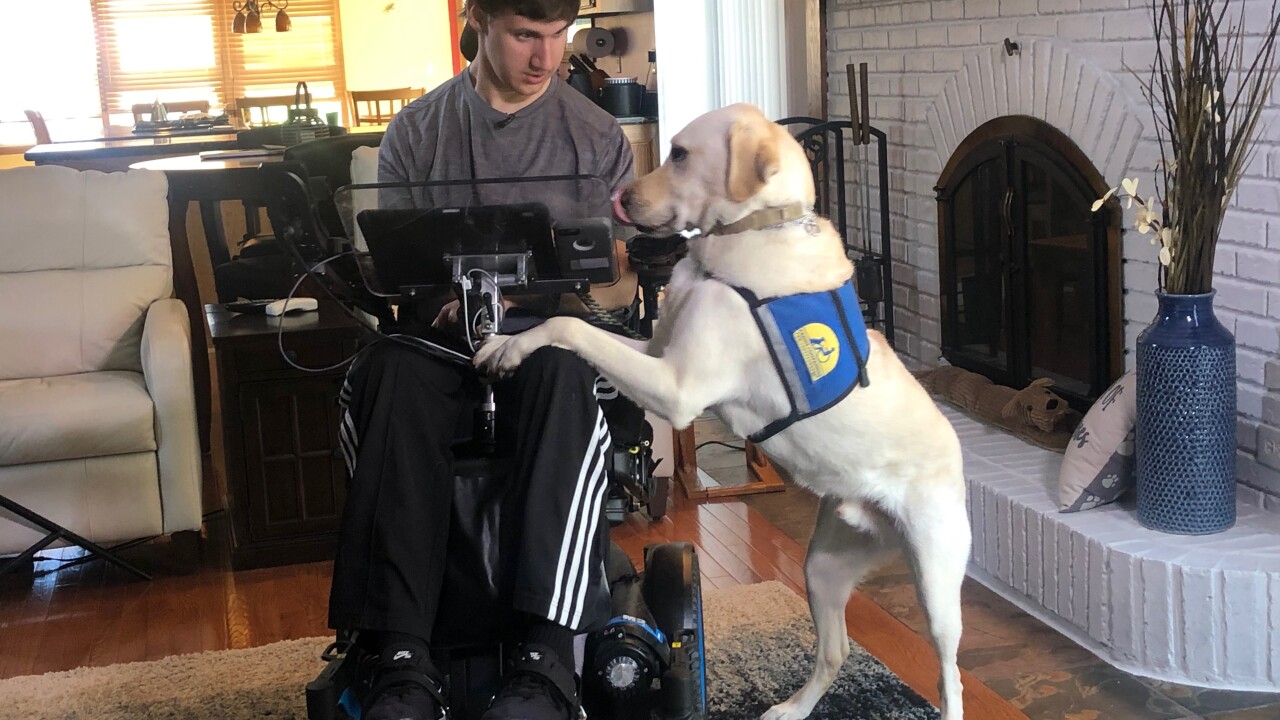 CUYAHOGA COUNTY, Ohio — He captured hearts after picking out his own toy at the store, but Anatoli is no ordinary dog. He’s got a job.

In the video, which went viral in April and reached viewers around the world, a dog walks down the aisle of a store alongside his human. He pauses briefly at each bin to consider his options before carefully selecting his own birthday present, a stuffed rabbit.

Mike Cantu, Anatoli’s owner, said this wasn’t the first time Anatoli chose his own toy. The dog, who turned four in April, did the same thing for his birthday the year before.

“I was expecting him to just try to pick up every single toy there was, but it was interesting cause he was very methodical about it,” Cantu said.

This time, though, Cantu and his mother decided to record it. Cantu posted the video on his Instagram account, where it got a lot of attention. He ended up posting it on Reddit, too.

“I’ve heard of a sub-Reddit called Dogs with Jobs, and I thought, you know, this is perfect. He’s a perfect fit for that,” Cantu said.

Cantu said he didn’t expect the video to become so popular. A few viewers even mailed Toli presents, including one person from the U.K.

“When we filmed it, I thought, ‘My friends will get a kick out of this,’” Cantu said. “Nothing more. I had no expectations of it going anywhere past my Instagram.”

Toli may now be famous on the Internet, but he’s still working his day job as Cantu’s service animal. Cantu is a quadriplegic, who broke his neck in 2011 in a trampoline accident. He said he has no use of his hands and limited use of his arms.

“Toli helps me a lot, especially at school, with opening doors, picking up things that I drop cause I’m very clumsy,” Cantu, who graduated in May from Kent State, said. “He can turn on and off light switches. He will carry things around for me. He can open up drawers and things like that.”

Cantu said he was initially hesitant to get a service dog, feeling sorry for dogs who had to work, but finally decided to apply. When he met trainers and dogs from Canine Companions for Independence (CCI), he changed his mind.

“I instantly knew these dogs absolutely love what they do,” Cantu said. “Every morning when I get his vest out, he gets super excited.”

Cantu waited two years to get Toli from CCI. The North-Central region of the organization, which covers 14 states, is headquartered in central Ohio and graduates approximately 60 new service dogs each year, according to John Phillips, president of the Northern Ohio Chapter.

“These dogs, at the early ages, they’re eager to learn,” Phillips said. “And when you’re holding a treat in front of them, they learn relatively quickly.”

Phillips, a puppy-raiser himself, is now training his third dog with the organization. He said volunteers typically get their puppies at eight weeks old and raise them for the next 16 months, shouldering all the costs for their training. Volunteers teach the dogs approximately 30 commands and send monthly reports to the regional training center.

“At about 18 months old, they go back in,” Phillips said. “We call it matriculation, and they go to professional training for six months, and hopefully there they become a service dog.”

The dogs sometimes attend group training sessions, which the Northern Ohio chapter holds on the first and third Mondays of each month. At a recent training session in Strongsville, dogs walked up open stairs, walked through tunnels and spent time around firefighters and fire trucks. Dogs also learned to listen to their puppy-raisers and obey commands even in distracting, noisy situations.

Phillips said 75 to 80 percent of the chapter’s puppies graduate, compared with 55 to 60 percent across CCI in general. The dogs are then paired up with people who have disabilities to work as service dogs.

For Cantu, having Toli has been “huge.”

“Toli legitimately has changed my life for the better,” Cantu said. “It’s hard to imagine going back to life without him.”

Cantu graduated with a degree in zoology and will now navigate a post-college world with help from Toli. He praised Kent State for having a campus that is “very used to and very accommodating to service dogs, which helped a lot.”

Phillips said CCI has a breeding program in Santa Rosa, California, where 125 to 150 former CCI dogs are bred for "service dog quality" traits—dogs that are calm and eager to please their humans.

Although it is difficult to say goodbye at the end of a puppy-raiser’s time with his or her dog, Phillips said it’s worth it.

“A lot of tears are shed, but you know the dogs are going for a greater purpose,” Phillips said.