A piece of Cleveland history is The driver who pleaded guilty to hitting and killing Cleveland police officer David Fahey was sentenced to 12 years in prison on Friday.

The driver who pleaded guilty to hitting and killing Cleveland police officer David Fahey was sentenced to 12 years in prison on Friday.

Judge Shannon Gallagher handed down the maximum sentence to Israel Alvarez, which includes having his license revoked for the rest of his life.

This morning, prosecutor Brian Radigan reviewed the details from Jan. 24,  2017, when Fahey was struck and killed by Alvarez while he was placing flares on I-90 at the scene of an accident.

"Death is a hard thing to get over. It is a thing some families never get over," Radigan said.

Alvarez addressed the court for the first time this morning. 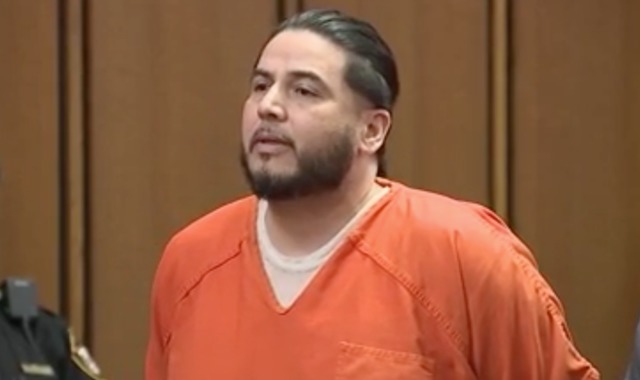 Alvarez addressing the court before his sentencing.

From coworkers to family members who loved him, those who knew Fahey spoke about their loss and how life changed since his death.

"He epitomized what a guardian, what a warrior, what a public servant should be to a community, and unfortunately he was taken away too soon," said Williams. "There is no sentence that you can pass down that would be acceptable. There is nothing that can be done that would bring David back here." 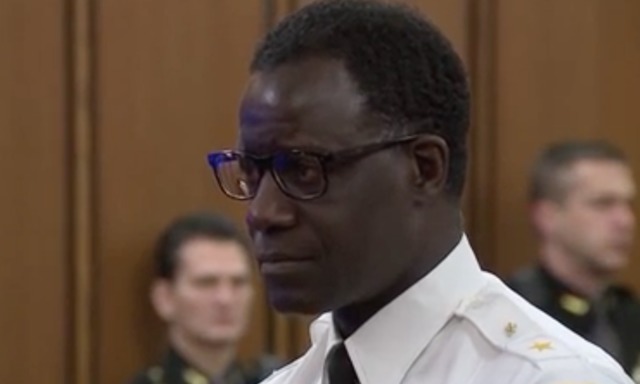 Jeff Porter, one of Fahey's brothers, described how difficult it was to tell his children that the man they considered a best friend and uncle was never coming back.

"To sit them on the couch and tell them that their best friend and uncle was never coming back was the hardest thing I've ever had to do," he said. 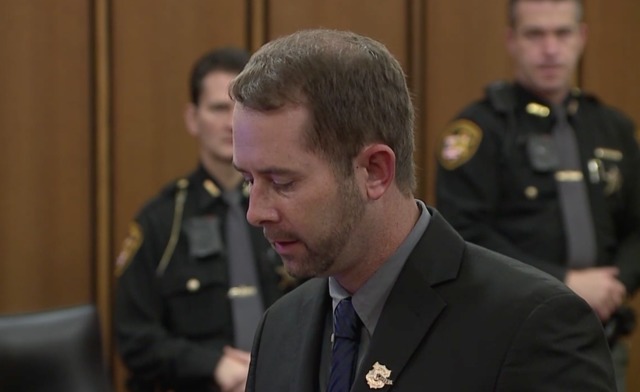 Jeff Porter speaks about how hard it is to live without his younger brother.

Another one of Fahey's brothers, Christopher Porter, cried as he remembered the impact his death has had on the entire family.

"At some point, the punishment has to come... For my family, there will be no more letters, no surprise phone calls, only the voicemail that is left on my mother's phone," Porter said. 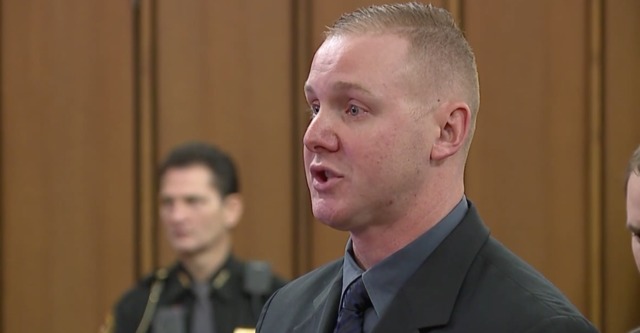 Fahey's mother Jackie Ketter, a retired police officer, gave an emotional statement about her oldest child. She said they shared a special bond and reminisced about how she helped him train for the academy.

"As a mother, you have an instinctive need to protect your child. For the rest of my life, I will carry the guilt that I wasn't there when David needed me the most... You robbed me of my last goodbye. Losing David has affected every hour of every day," she said. 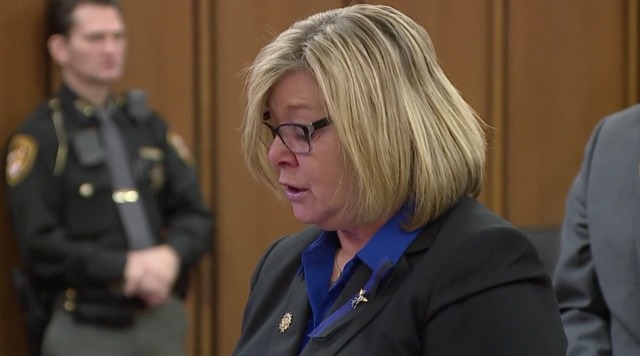 "Today we're here to seek to justice for David... For the past 22 months you've [Israel Alvarez] dominated our thoughts... There's no such thing as closure when referring to the death of my son...Nothing shy of 12 years would be justice," Ketter said.