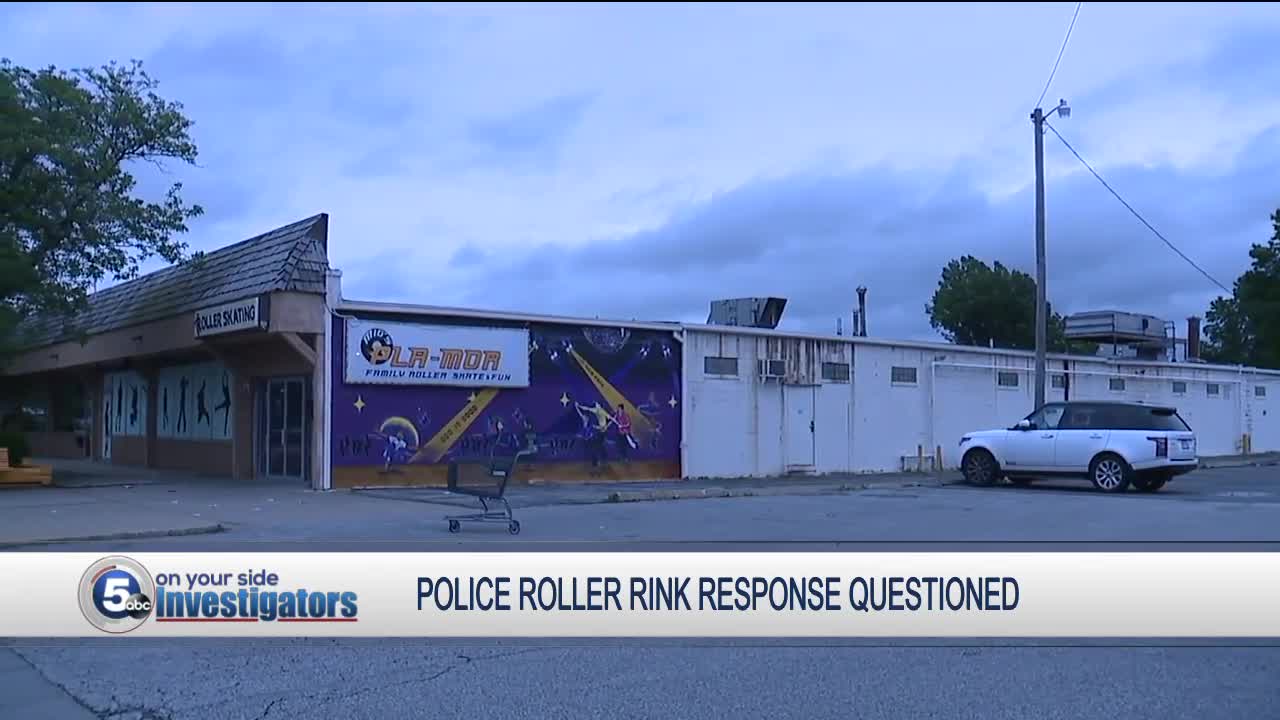 A party for teenagers at a skating rink in Euclid got way out of hand Wednesday night, and now Euclid police are being accused of using pepper spray on teens waiting outside. 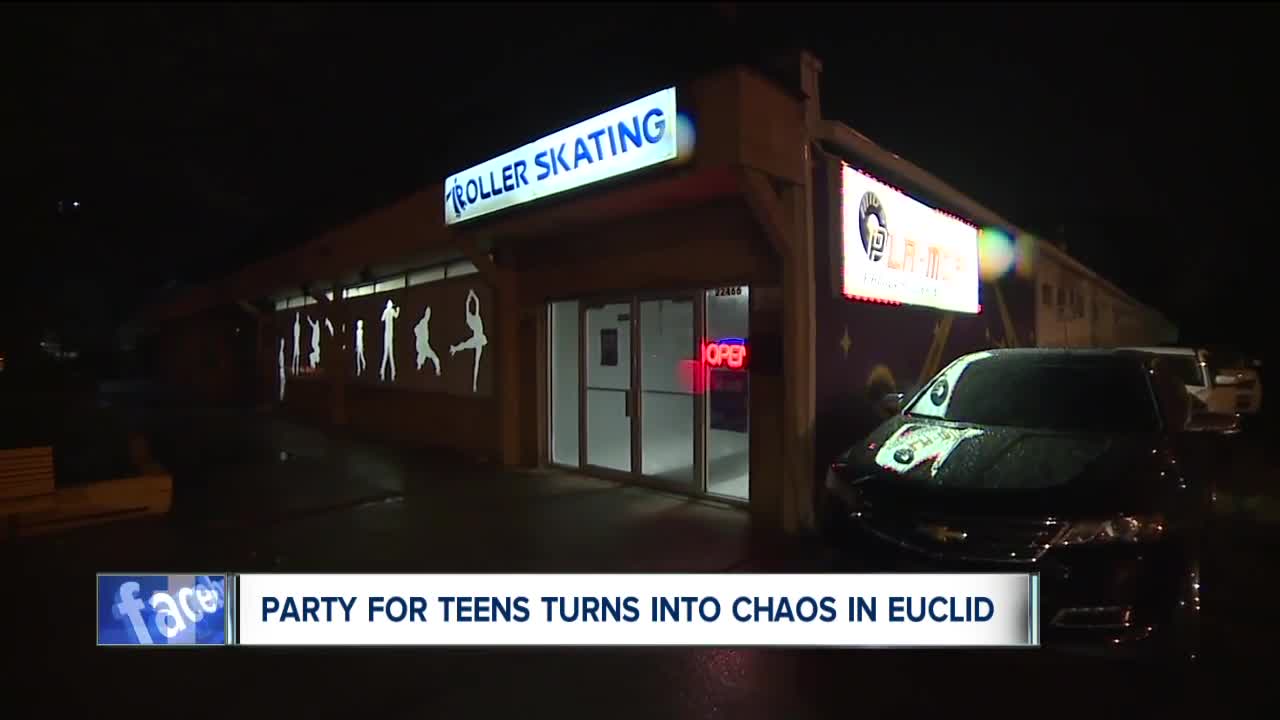 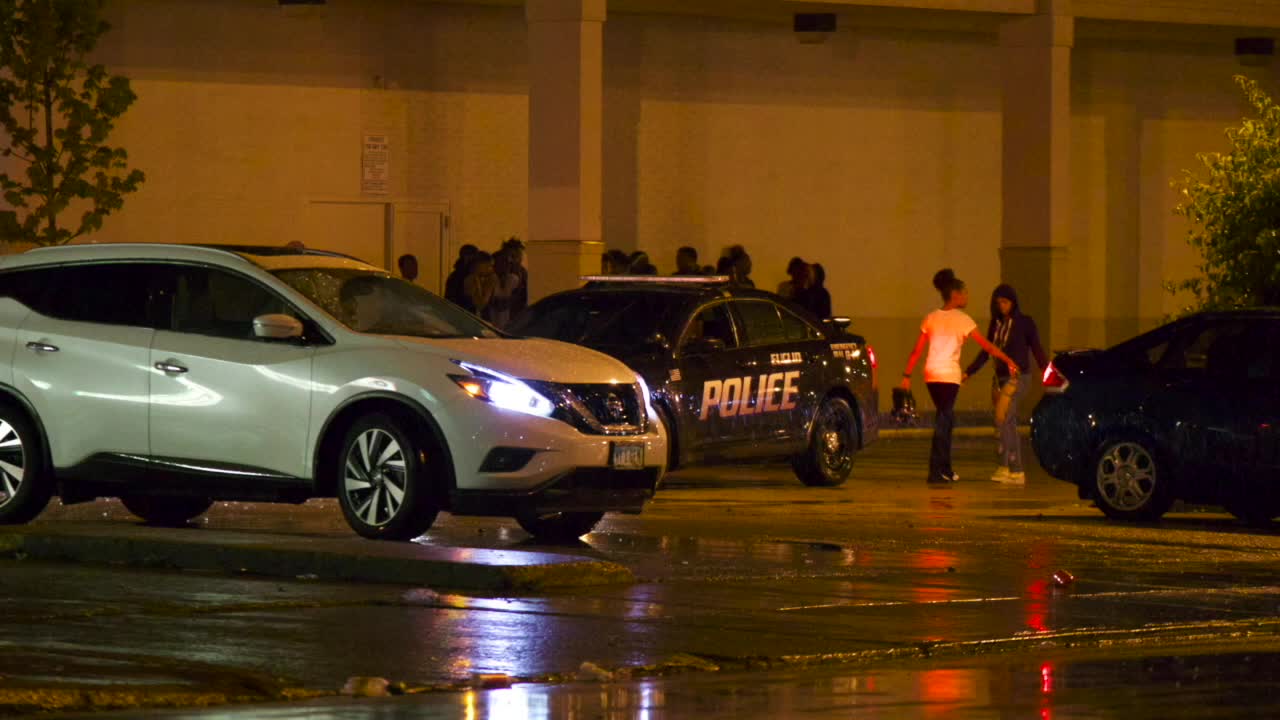 EUCLID, Ohio — A party for teenagers at a skating rink in Euclid got way out of hand Wednesday night, and now Euclid police are being accused of using pepper spray on teens waiting outside.

News 5 reporter Olivia Fecteau is still waiting to hear from the city or the police department about what happened.

The party at Pla-Mor Roller Rink was supposed to be for teens aged 14 and up. Witnesses said there were hundreds of teens outside waiting to get into the party.

Marcus Epps was planning to drop his kids off to the party around 9:20 p.m. Epps, who is currently running for mayor of Euclid, said when they got there, police were already on scene and the kids outside weren't misbehaving.

"They weren’t fighting," Epps said. "There wasn’t excessive pushing or shoving or any of that. But because of the police presence alone, my kids weren’t going."

Epps said he approached a police officer to ask what was going on.

"I was told, 'You know, these guys are never prepared for this number amount of kids. They were supposed to hire Euclid officers for security. They didn’t do that and they’re going to learn tonight what happens when you don’t do that,'" Epps said.

The rink's owner, Miguel Sanders, said he did hire two Euclid officers to work security, in addition to four private security guards, but that the officers didn't show up as planned. Instead, Sanders said on-duty Euclid police officers showed up around the time the event began and began to check on the rink's capacity.

“I’ve never seen anything like it, and I am disappointed with Euclid police officers, because I feel like I was set-up for failure, because I followed the protocol that they asked me to do,” Sanders said. "I believe police incorrectly used pepper spray. There were kids running around, they're throwing up, they're getting sick and I’m grabbing kids and ushering them into our party room.”

That was around the time Fraser Hamilton, who lives in Euclid, finished getting groceries across the street.

"The place was covered in police cars and traffic was held up in both directions and there were some kids running across the parking lot," Hamilton said. "I chose to leave at that point."

Hamilton didn't see what happened after that point, but Epps did. He said police said the skating rink had reached its capacity, they began telling the kids waiting outside in line to leave.

“Once that door was shut and nobody else was getting in, [police officers] began literally running, like antagonizing kids in their face with mace spray cans and then the kids run, that’s what caused the kids to run all over the place,” Epps said. “They weren’t just running all over the parking lots. They’re running all over parking lots because they’re being harassed with mace cans by police officers."

Social media video from the event shows hundreds of people gathered outside the roller rink with several police and fire vehicles parked, but no recorded fights or disturbances.

"It speaks to a larger climate and atmosphere within our department, in my opinion, because if you want people to engage with you in a respectful manner, then you should engage with them in the same," Epps said.

Sanders said the Euclid Law Director is now working to file charges to shutdown the roller rink as a public nuisance.

News 5 made public records request for police body camera video and 9-1-1 calls from the incident, Euclid police confirmed they received our request, but we're still waiting for an official statement about how the incident was handled by police on the scene.