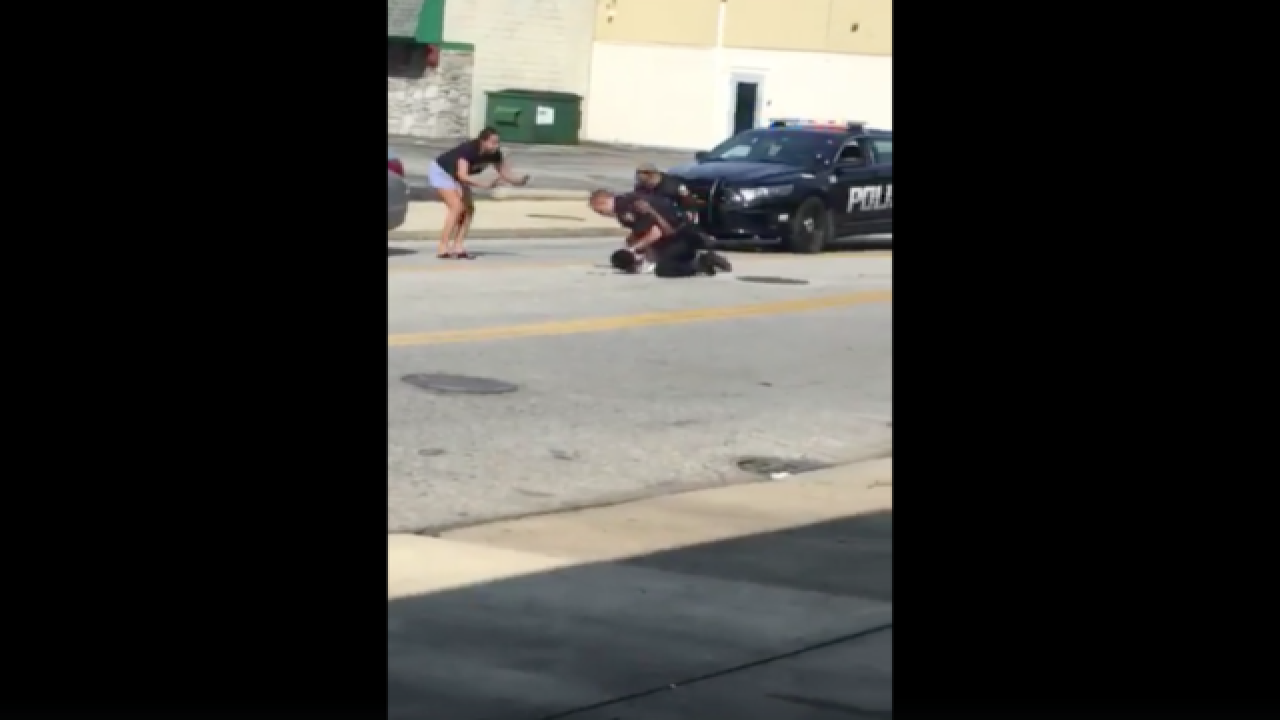 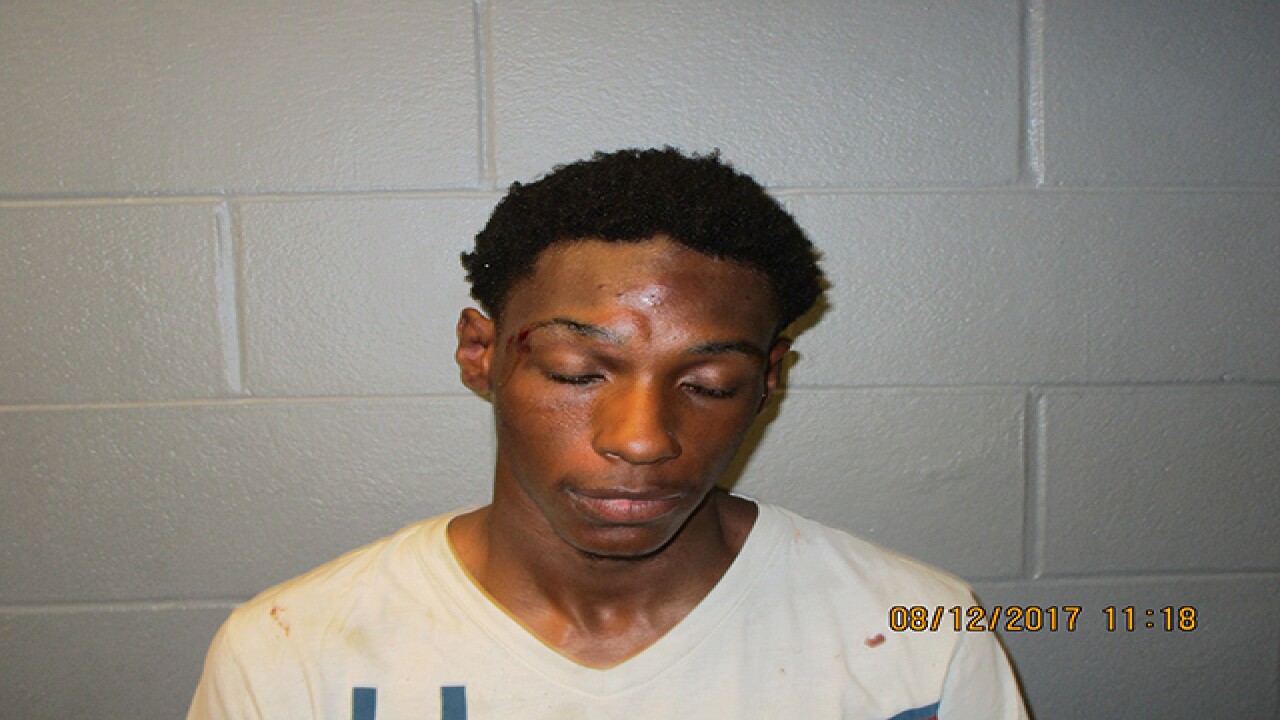 A Euclid police officer is on paid administrative leave after video of a violent arrest was posted on Facebook Saturday morning.

The video shows a violent struggle between a 25-year-old man and a Euclid officer in the middle of East 228th Street. As of Saturday at 8:30 p.m., the video had been shared more than 12,000 times on Facebook.

Watch video of the arrest in the video player above. WARNING: Video contains vulgar language. Content may be considered disturbing to some.

According to Euclid police, if all started around 10:30 a.m. when an officer observed a traffic violation committed by 25-year-old Richard Hubbard III, who was driving a 2011 Silver Hyundai.

During the traffic stop, police ordered Hubbard out of the car and attempted to take him into custody. Police say Hubbard ignored commands to turn away from the officer and began physically resisting.

In the dash cam video, you can hear the officer tell Hubbard to "face away" from him twice before the struggle ensues.

During the struggle, which lasted about three minutes, the officer punches Hubbard's face several times. The dash cam video shows the woman get down on the ground and repeatedly yell, "stop!" and "babe, listen, listen, listen!"

You can also hear Hubbard tell the woman to record what was happening.

As the officer punches Hubbard, the woman repeatedly yells, "stop!"

The struggle continued as traffic passed by. Eventually, the officers handcuffed Hubbard as more officers responded. Those officers also attempted to disperse the crowd that had formed.

On Monday, police released Hubbard's mug shot. In the photo, Hubbard has blood over his right eye and what appears to be a swollen forehead.

Hubbard was medically examined at the Cuyahoga County Jail Euclid Annex.  The arresting officer was treated and released from an area hospital.

Hubbard posted bond from the Cuyahoga County Jail Euclid Annex on charges of Driving Under Suspension and Resisting Arrest.

The arresting officer has been placed on paid administrative leave pending further review of the incident.  Dash camera did capture the arrest but the video has not yet been released.

The Euclid Police Department said in a statement Saturday evening:

It is the mission of the Euclid Police Department to provide professional and transparent service to the residents, business owners, and visitors to the City of Euclid.  This entire incident will be reviewed, in detail, so that the public can have a full and open understanding of the series of events that eventually led to this violent encounter.

The City of Euclid sent this statement to News 5 on Monday:

The City of Euclid and our Euclid Police Department are committed to providing a safe community and to treating all justly and with dignity and respect.  We have made great strides in building a bond between the community and its police department.  Violence and use of force in any situation is disturbing and difficult to watch.  The videos of the incident on Saturday morning raise some very serious concerns.  We have policies and procedures in place to ensure that all use of force by police are both lawful and justified.   I can assure you the incident will be reviewed thoroughly and appropriate action will be taken.  We certainly do not want this incident to erase all of the good work that has happened and continues to happen every day in Euclid or to define who we are as a community.   We will continue to work with residents, our faith leaders, and community partners to improve our community and ensure Euclid remains a community where we all can be proud to live, work and visit.