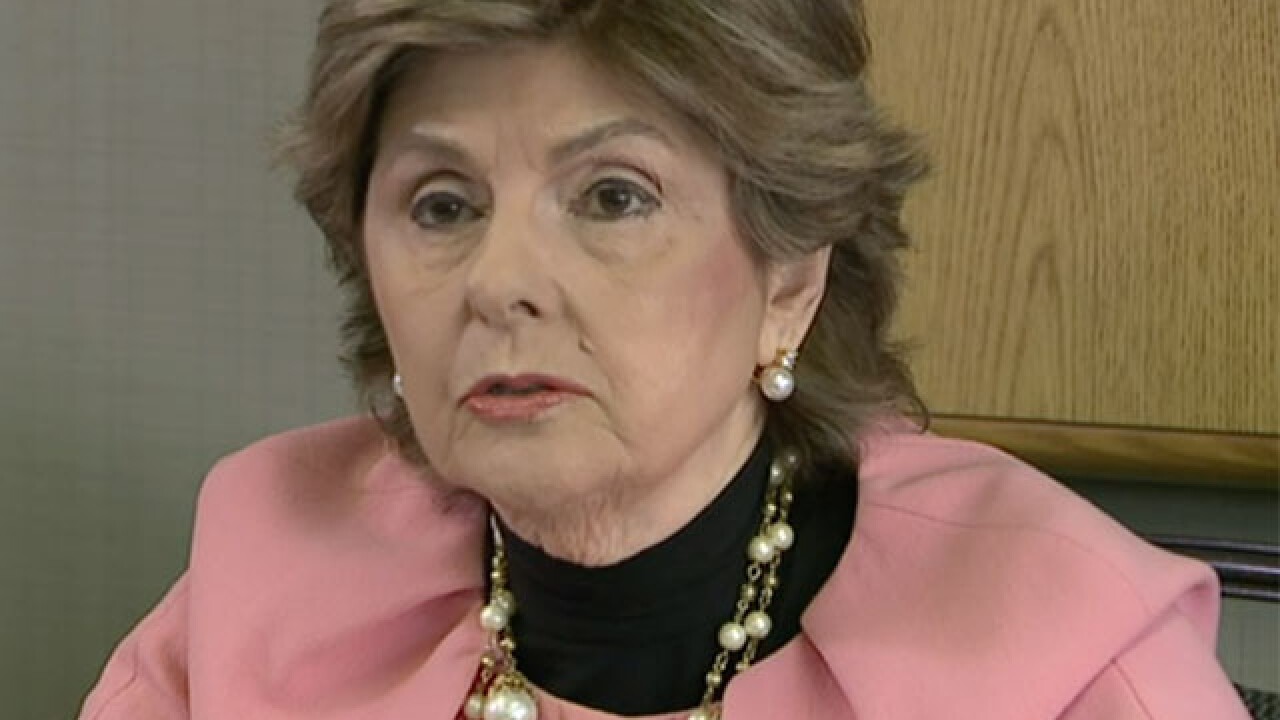 Attorney Gloria Allred held a press conference in Cleveland on Monday on behalf of three women, all cancer survivors, whose dreams of having a family were destroyed in the University Hospitals fertility clinic malfunction.

All three risked their lives by delaying chemotherapy in order to preserve their eggs in the hopes of one day having a family.

"These three women had a right to expect that if they underwent fertility treatments and entrusted their eggs to be preserved, that those to whom their eggs were entrusted would fulfill their legal and moral duty to protect them," Allred said. "Unfortunately, these three cancer survivors have been devastated to learn that their trust has been betrayed."

Allred said an apology is not enough, and the women deserve answers. She also called for legislation and congressional action to regulate and safeguard storage tanks for eggs and embryos.

The lawsuits filed today allege negligence, gross negligence, recklessness, breach of contract, breach of implied warranty of fitness for a particular purpose and violation of the Magnuson-Moss Warranty Act. They are seeking compensatory and punitive damages, as well as attorney fees.

Mehl, 40, is a single. She lives in Pittsburgh. When she was diagnosed with an aggressive form of breast cancer, she was told chemotherapy would severely decrease her chances of having children. She chose to delay her treatment.

"Throughout my life, my desire to have children has remained the single thing I've been unwaveringly sure of," Mehl said. "While other kids dreamt of being lawyers or doctors, I dreamt of being a mother."

She lost 19 viable eggs, which had been retrieved, stored and frozen by UH.

"When the letter first came in the mail on that Friday afternoon, I felt as though someone had punched me square in the gut. There was zero compassion in that letter, zero acknowledgement of the importance of what had been destroyed. They didn't say, 'We're sorry we lost the most precious part of your life.' Instead it read, quote, 'We are sorry that this happened in any part of our health system.' This didn't read to me like remorse over having made an error, it seemed more like regret over having gotten caught," Mehl said.

Sarah Deer
Deer, 30, lives in Pittsburgh with her husband. She was diagnosed with stage-three breast cancer at age 27. She, too, chose to delay any cancer treatment in order to extract her eggs, so she went to UH.

"I risked my life and delayed my chemotherapy treatments because having a family was so important to me. My mom cautioned me against it, urging me to begin my treatment. I am, after all, her baby. But I told her that I wanted a baby of my own to care for one day in the same way she cares for me," Deer said.

All 29 of the eggs she had extracted were compromised in the storage tank malfunction. After starting her own family, she had planned to donate any eggs she didn't use to another family who might need them.

After successfully extracting her eggs, Deer went through chemotherapy and a double mastectomy. Now her ability to have children after the cancer treatment is unknown. The only way to find out is to stop taking the medication that is saving her life by lowering the risk of recurrence of cancer in her body.

Danelle Yerkey
Yerkey, 37, is single. Like Mehl and Deer, she also lives in Pittsburgh. Yerkey dreamed of being a mother and wanted to preserve the possibility of having a child before going through cancer treatment. She delayed chemotherapy and drove herself to Cleveland on a regular basis because she, too, was willing to risk the progression of cancer to preserve her chance of one day having a family. She said losing her fertility was not an option.

When she found out her eggs had been compromised, she was beyond devastated.

"In shock, I screamed and fell to my knees in the kitchen. I felt as if I were dying, and I wanted to die. The overwhelming grief was as if I had lost a child," Yerkey said. "I have not stopped feeling that way since March 9."

After undergoing 16 rounds of chemotherapy and 25 rounds of radiation, she cannot produce viable eggs. All she had were the 24 viable eggs she entrusted with UH, now gone.

On Monday night, University Hospitals sent the following statement regarding the women's testimonies:

We watched three women share their stories of the loss they suffered.  We are profoundly sorry for their loss and are committed to helping make sure this never happens again anywhere.