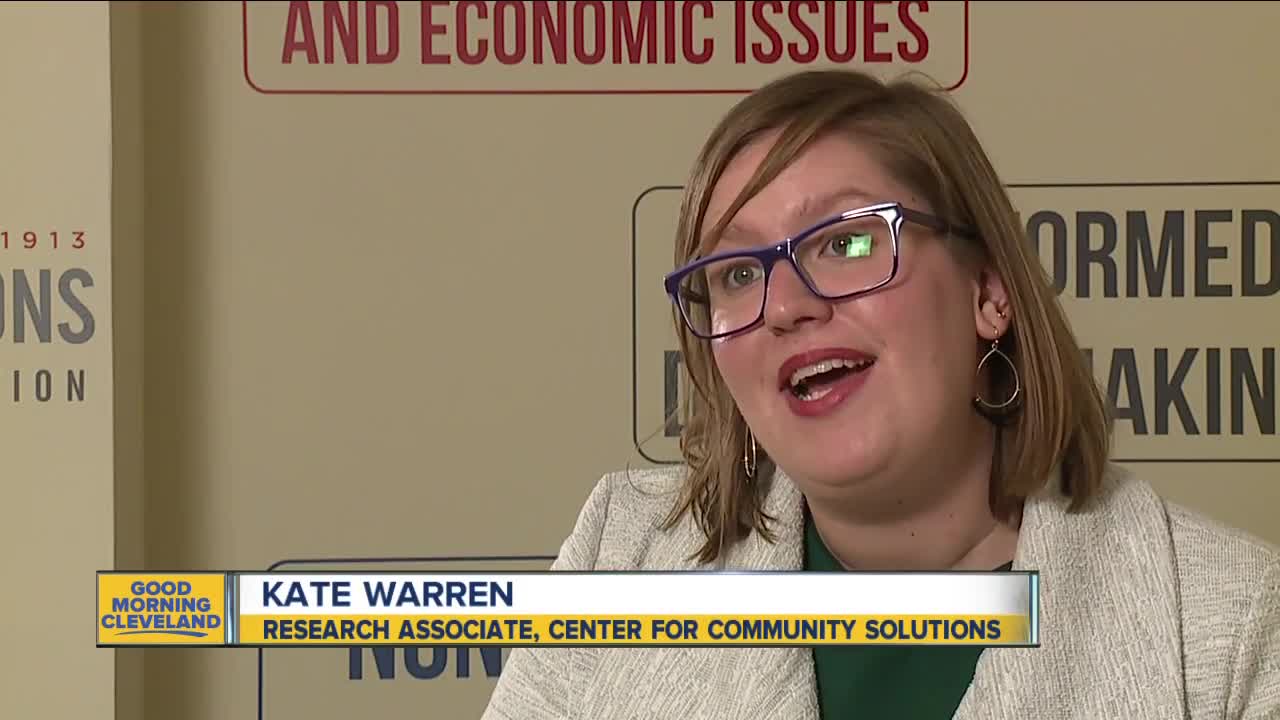 Kate Warren, the author of a new study of life expectancy in Northeast Ohio, explains the various factors that contribute to why residents of one neighborhood tend to live longer, on average, than residents of another. 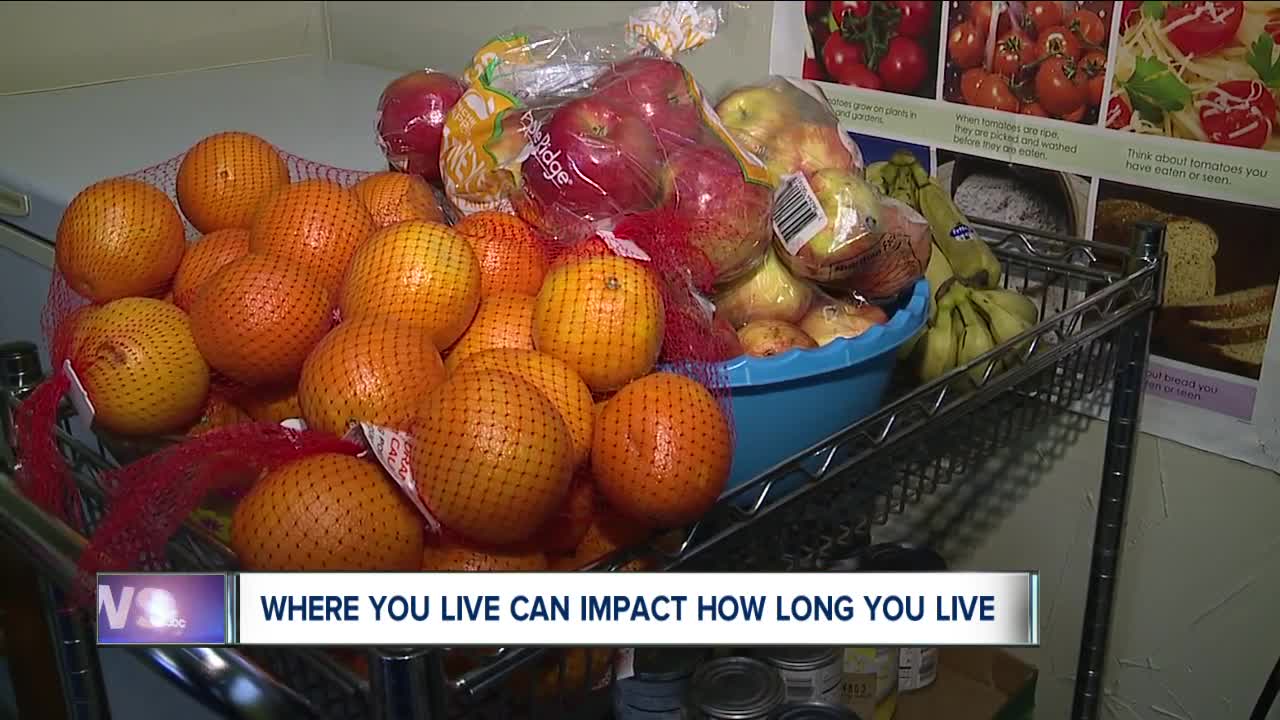 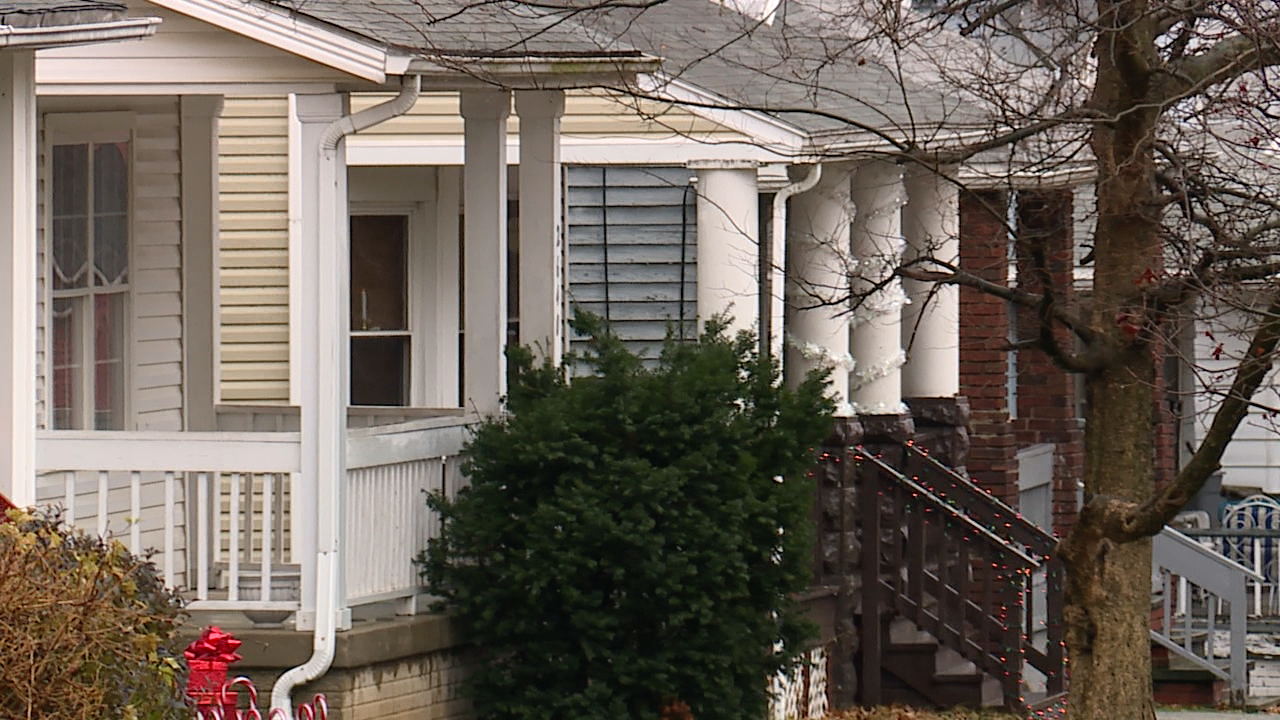 CLEVELAND — A new report from the Center for Community Solutions shows there’s a big disparity among parts of Northeast Ohio when it comes to life expectancy.

Poverty and race are both major reasons for this disparity, but poverty is perhaps the largest. Part of that is a lack of access to healthy food, according to the report.

At Kids of the Future, a child care center in Cleveland’s Clark-Fulton neighborhood, 90 percent of the children who attend are eligible for free or reduced-price breakfast and lunch, according to employees.

Some elected officials visited the center on Monday, along with members of Children’s Hunger Alliance, an organization that works with sponsors across Ohio to leverage USDA funds for child nutrition.

“We know that a lot of [children] are unable to get meals except through these programs,” said Scott Neely, director of government affairs for Children’s Hunger Alliance. “So it’s very important that we are able to help these centers to be able to feed kids that otherwise might not be able to get these meals.”

The organization works with after-school programs, in-home child care providers and helps school expand programs to serve kids breakfast and to serve meals during summer or extended breaks from school.

“We try to get elected officials out regularly to see our sites, and this was particularly important because we wanted them to see not only a daycare center that we sponsor in a high-poverty area, but we also wanted [state legislators to see] the money that was appropriated in the state budget,” Neely said. “We wanted them to see the kind of work that that’s going to enable us to do and expand in the Cleveland area.”

Making sure children are fed and that they receive nutritious meals is important to Children’s Hunger Alliance, because without it, hungry children “have difficulty learning, they have difficulty focusing in school,” Neely said.

“We know that good education is the foundation for a child’s life,” Neely said. “This is critical, and also learning healthy eating habits, which is going to enable them to better live a healthy life.”

Neely said some children at the center talked about “trying to make sure they got an extra portion for that breakfast meal because they maybe didn’t eat the night before, so I think it really touches your heart when you see it in person and you think about the impact that being hungry has on kids.”

Why the disparity exists

Kelley Malcolm, the director of corporate and foundation relations at Children’s Hunger Alliance, said the organization’s goal is to alleviate childhood hunger in Ohio and to help families as well.

"Families are really having to stretch their SNAP benefits and that’s where we like to we say we come in,” Malcolm said. “We’re helping families stretch their food dollars when we provide healthy meals and snacks at after-school programs and at childcare centers, so then the family can have a little more room in that food budget so that the family has food for the entire month, not just for the first couple of weeks.”

Malcolm said in many neighborhoods, lack of access to healthy food is a transportation issue.

"There may or may not be a full-service grocery store,” Malcolm said. “A lot of families tend to rely on the corner store for their nutrition needs and what’s easily affordable there are not your fruits and vegetables and your whole foods."

The organization helps provide meals with those fresh fruits and vegetables to children, which “helps their overall health and nutrition, and sometimes if there’s not dinner at home, at least these kids got a meal at the end of the day,” Malcolm said.

While lack of access to fresh, healthy food is part of what can lead to disparities in life expectancy and health among neighborhoods, Malcolm said, but eliminating disparity is a goal the organization is actively working toward meeting.

"It can be discouraging because it sometimes feels like the needle isn’t moving, but we just keep focused on our goal to end the cycle of poverty in any way we can,” Malcolm said.