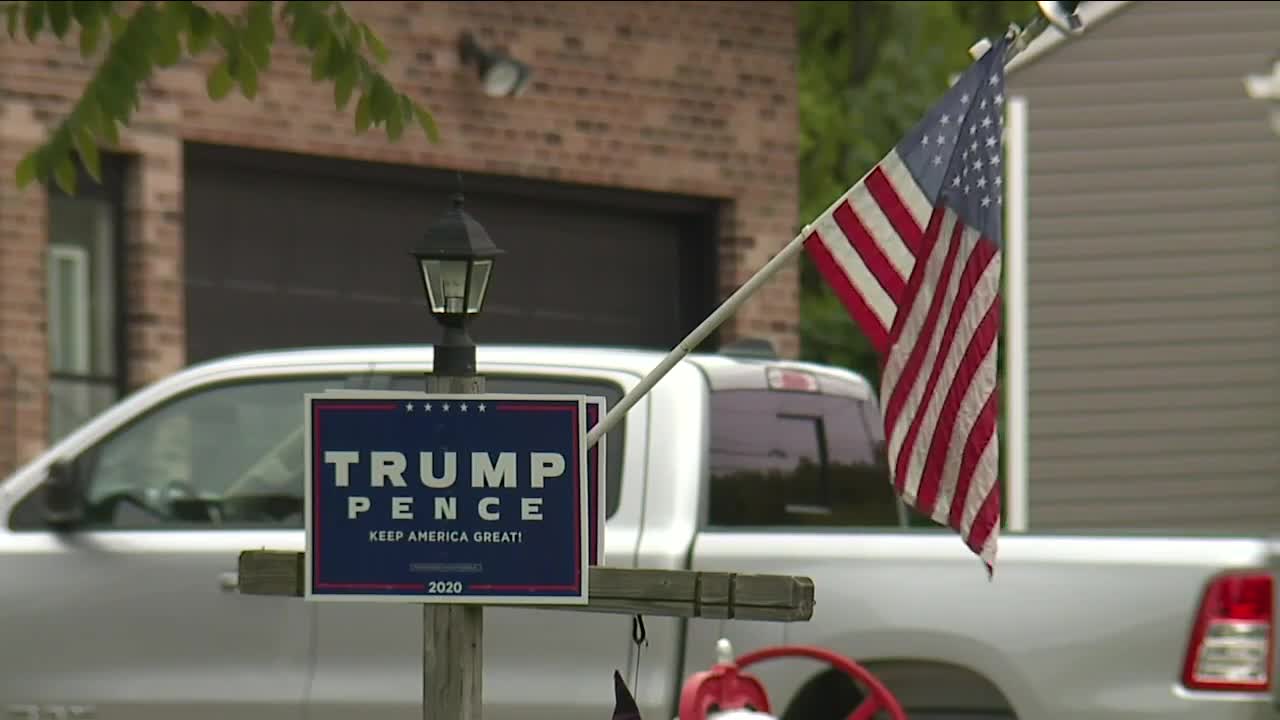 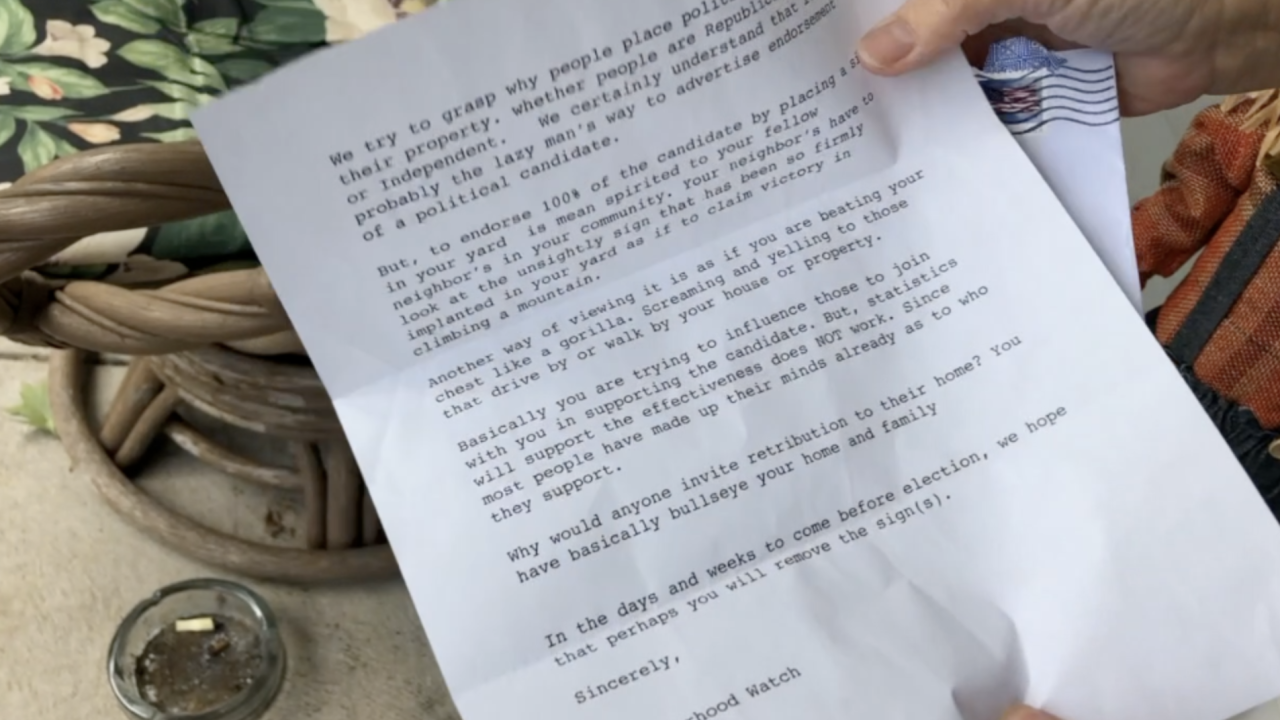 NORTH ROYALTON, Ohio — Last week we told you about Medina residents who had their Biden/Harris yard signs stolen and destroyed and were sent threatening letters. They're not the only ones.

Some North Royalton residents are speaking out after receiving letters encouraging them to remove their yard signs in support of President Donald Trump.

The letters called the political yard signs "the lazy man's way to advertise endorsement of a political candidate" and told the recipients that displaying yard signs is "mean spirited to your fellow neighbors in your community."

"Anyone that needs to send out stuff like that has a serious problem,” said resident Martin Gurcevic.

This grammatically-challenged line in the letter has an entire neighborhood on edge: "Why would anyone invite retribution to their home? You have basically bullseye your home and family."

"That part I’m not going to sit still for,” said resident Audrey Gallo.

The North Royalton residents who received a letter are Trump supporters who have signs endorsing the president for re-election in their front yards.

"When I read the letter, I thought, 'Wait a minute. This is not right,” said Gallo.

Gallo said she got the letter last week and she did two things as soon as she saw it.

"I put three more Trump signs out there, and the Trump signs are very hard to get because they are just flying out of the campaign office,” she said.

Then she put out another sign of her own that reads, “I got your letter."

"This is actually to them to say, 'Let’s dialogue. Let’s talk about this instead of sending letters and scaring people,'” said Gallo. "Maybe that would bring them to come talk to me. Maybe that will do it.”

North Royalton Police are aware of the letters but said there’s not much they can do.

"The officer did meet with the complaint and found it to be non-threatening and non-criminal. So he logged it and noted it,” said detective Dave Loeding.

But police still encourage residents to make them aware of similar incidents.

"If it's concerning to them and they want an opinion from the police, it's fair to do so,” said Loeding.

Meanwhile, Gallo is holding out hope some real change comes from all of this.

"If you are that upset that you’d send me this letter, then come talk to me about what you don’t like,” said Gallo.