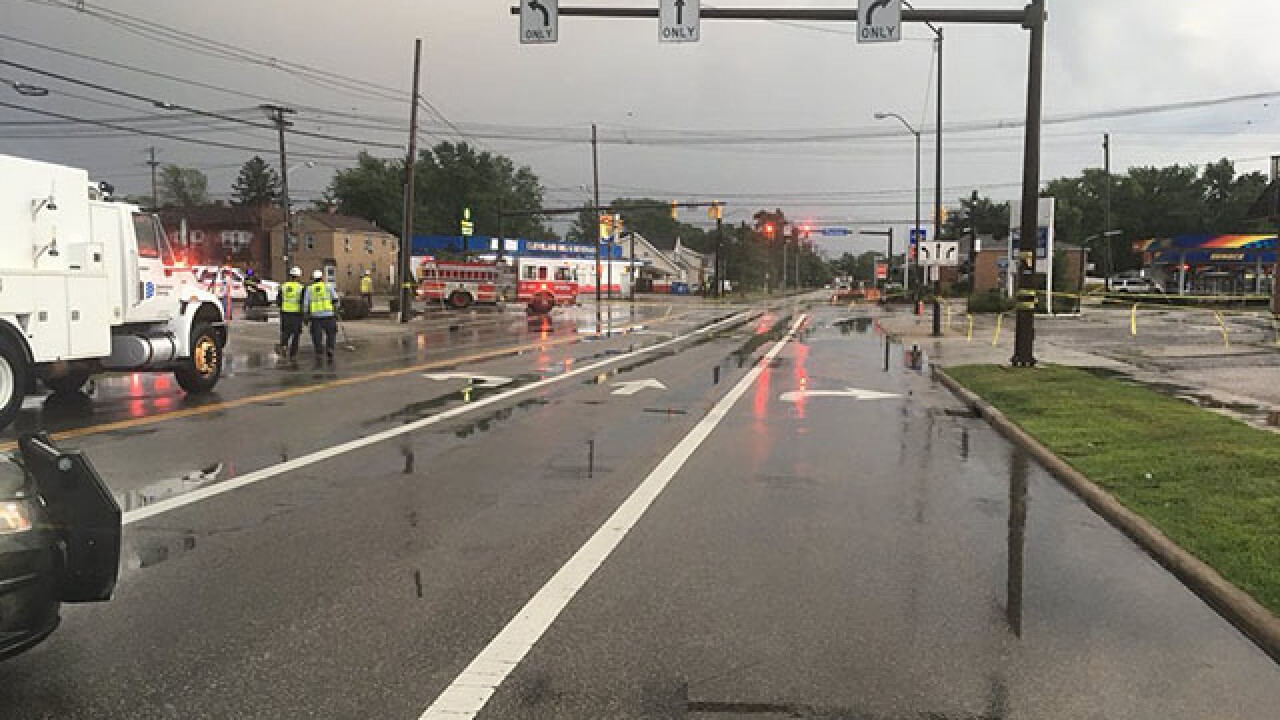 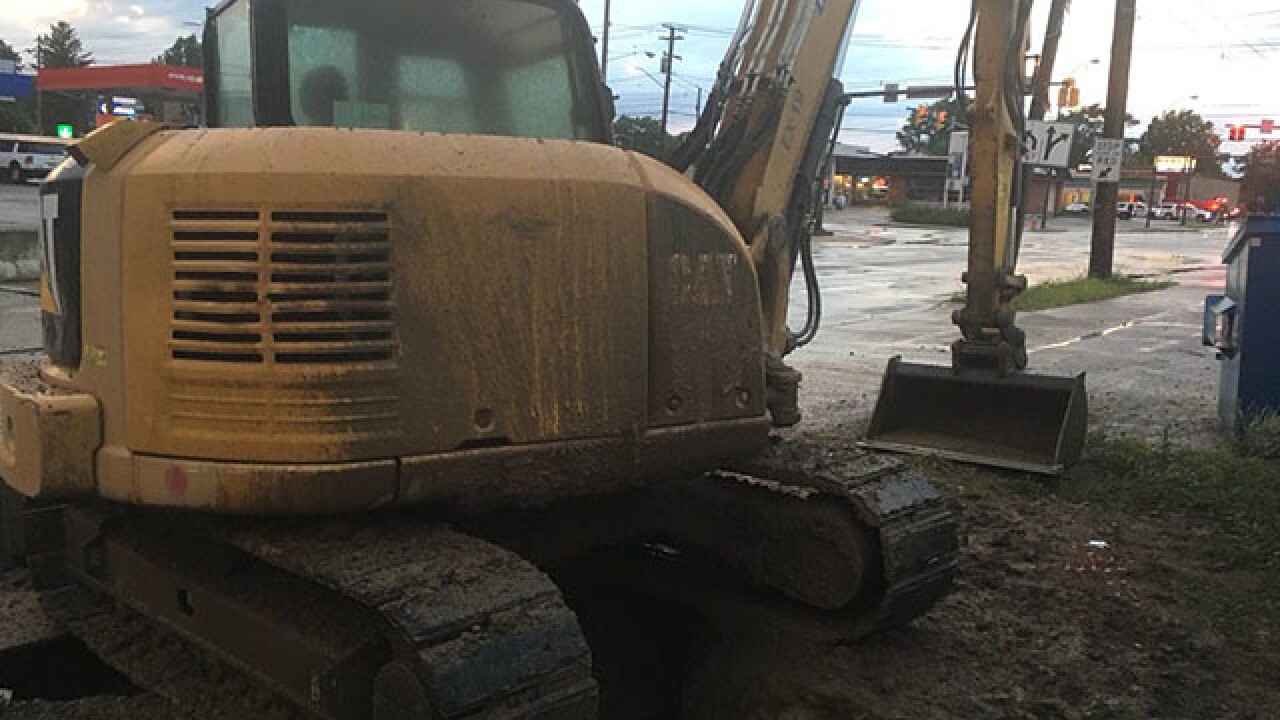 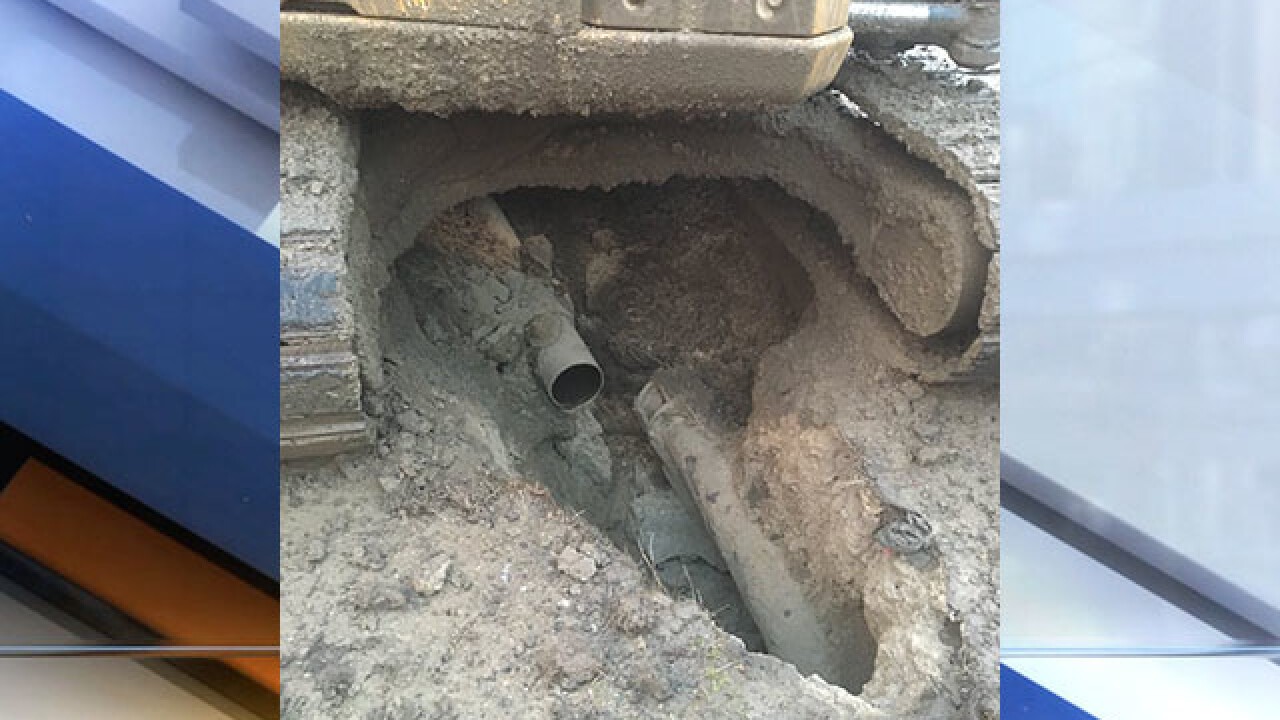 The streets were closed in both directions, but the intersection has since been reopened, according to the fire department. However, W. 150th remains closed between Puritas and Coe Avenue.

Dominion Energy is making repairs to the ruptured gas line.

That roaring sound is a 24 inch gas line rupture on West 150 s of Puritas in Cleveland. Crews now have gas shut off. @wews pic.twitter.com/TzfjI5ZnDk

Dominion Energy said the gas was shut off at 8:54 p.m.

When firefighters originally arrived on scene, residents in the area were evacuated. The scene was checked for safety, and those who were evacuated are returning to their homes.

UPDATE ON GAS LEAK W.150/Puritas. Gas has been shut off. Streets remain closed as meters verify safety. Checking for victims and safety for people returning to their homes. pic.twitter.com/XNtmR6cijZ