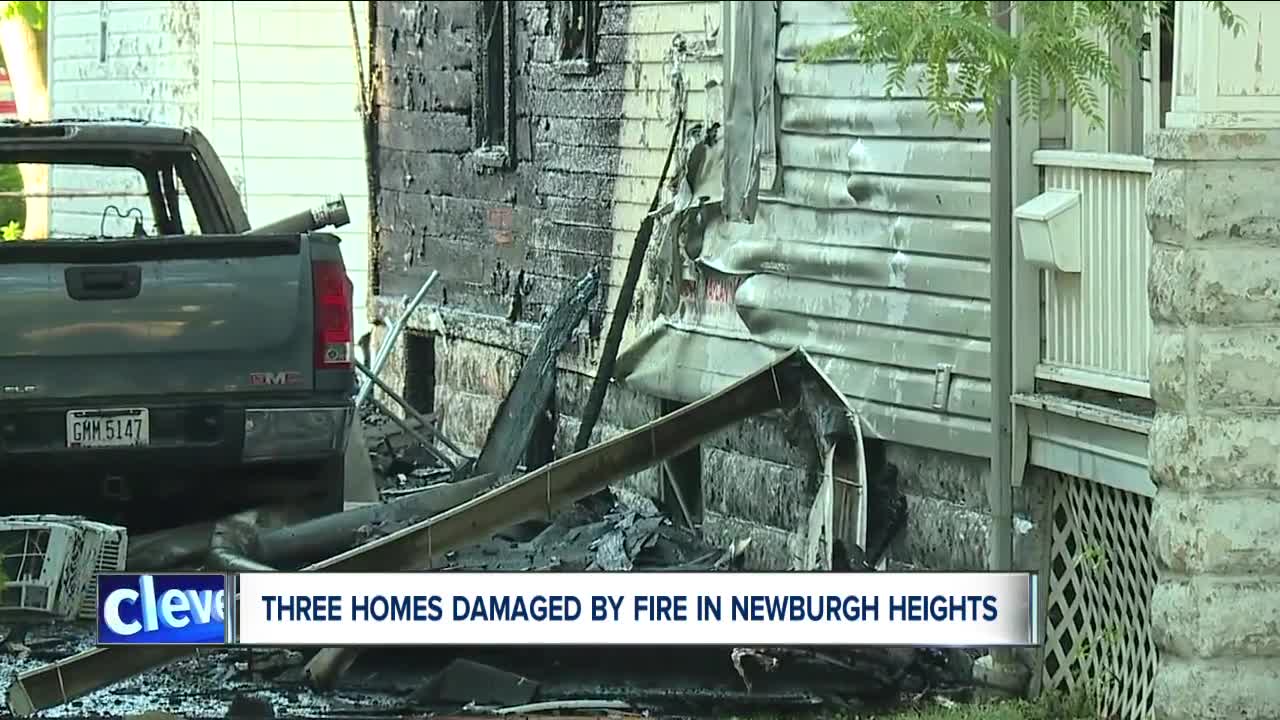 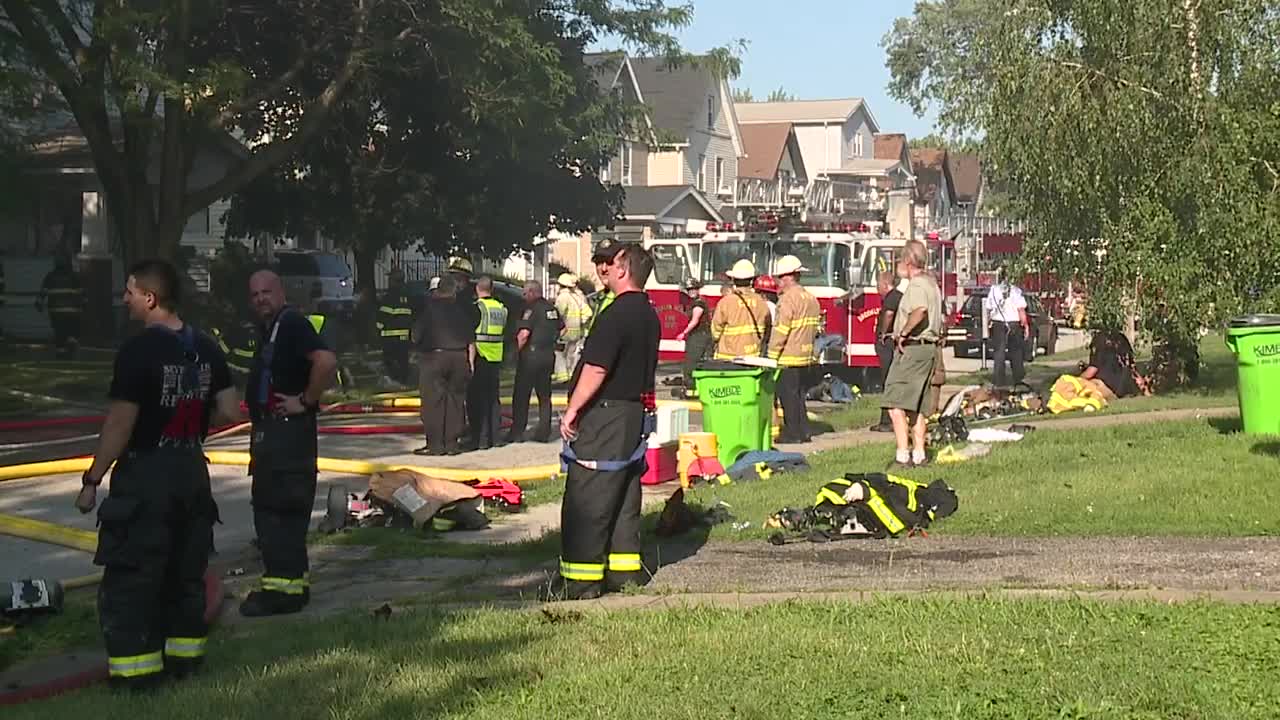 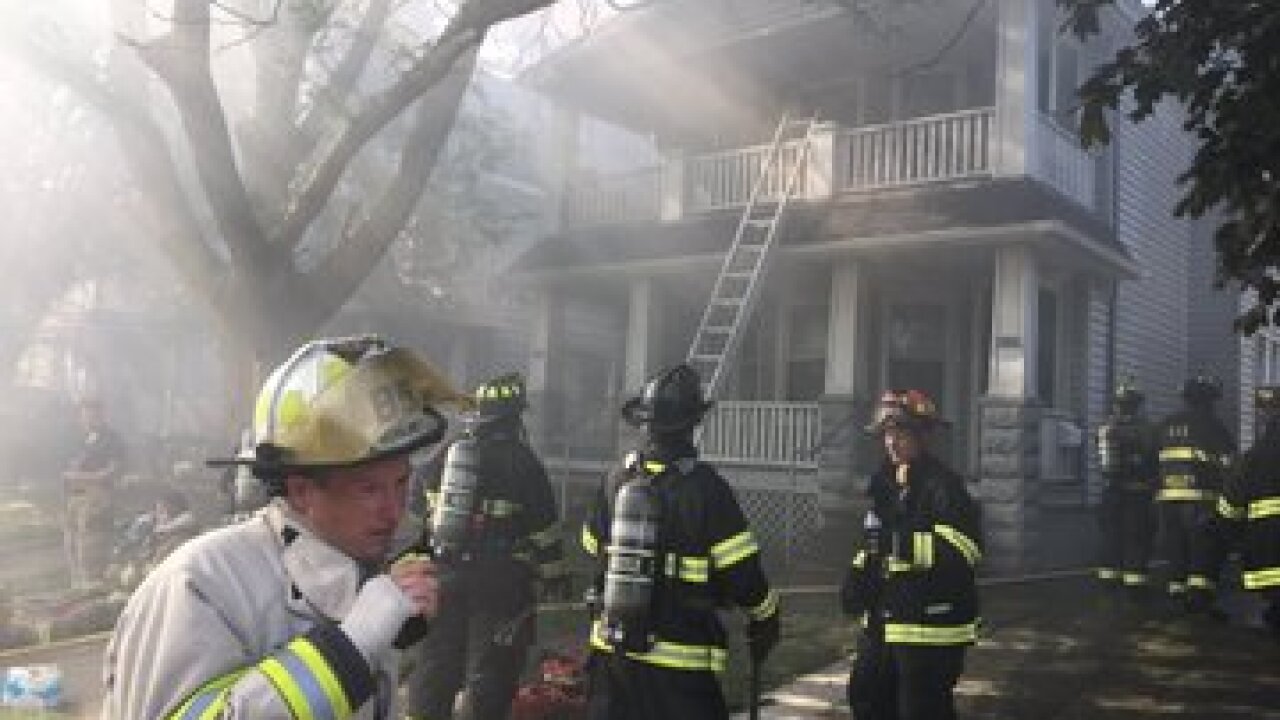 NEWBURGH HEIGHTS, Ohio — People living in one Newburgh Heights neighborhood were left without a place to stay Monday night after a fire caused serious damage to three houses.

As Red Cross workers stopped to speak to those affected and help them with whatever they needed, the Newburgh Heights police chief said there would be a criminal investigation into what started the fire.

“We have a pretty good idea of what started it,” said Chief John Majoy. “It does not appear to be arson at this time. However, there does appear to be some sort of act of negligence at this point, and so we’ll be launching a criminal investigation into that to decide whether criminal charges would be appropriate."

Video taken by a neighbor shows flames and smoke pouring from the fire that started between two houses on Pearse Avenue. Majoy said he was the first to arrive after the call came in at 3:45 p.m. Monday.

"I ran in between the houses,” Majoy said. “I couldn’t get very close. Just to make sure everybody was out of the house.”

Dawn Parker lives in one of the houses that was evacuated. She said a next-door neighbor came into her house to tell her something was on fire.

“I was napping with my granddaughter,” Parker said. “I woke up, we ran out, we looked around, the cops said, ‘Everybody out.’”

Parker and her husband got their granddaughter and dogs out of the house.

“We heard a big boom and next thing you know, all the houses were on fire,” Parker said.

This fire brought back painful memories.

“I’m scared,” Parker said. “I was in a house fire when I was young, and my son was burned very badly, so this was really scary.”

A man talking with neighbors on Pearse Avenue said he owned all three of the houses that caught fire, but he did not want to speak to News 5 or give any other information.

Firefighters from several nearby departments were called in to help fight the flames, and many of them remained on scene for hours, fighting hot spots. Newburgh Heights Fire Chief Brian Higginbotham thanked all of the firefighters who responded to help out and said that the fire was able to spread quickly due to the close proximity of the houses and their vinyl siding.

On such a hot, humid afternoon, firefighters had their work cut out for them.

No one was seriously hurt, although a cat died in the fire, according to police. The police chief said one woman was treated and released after having an asthma attack.