Stay tuned: The monarchs could soon invade the shores of Lake Erie ahead of astounding migration to Mexico 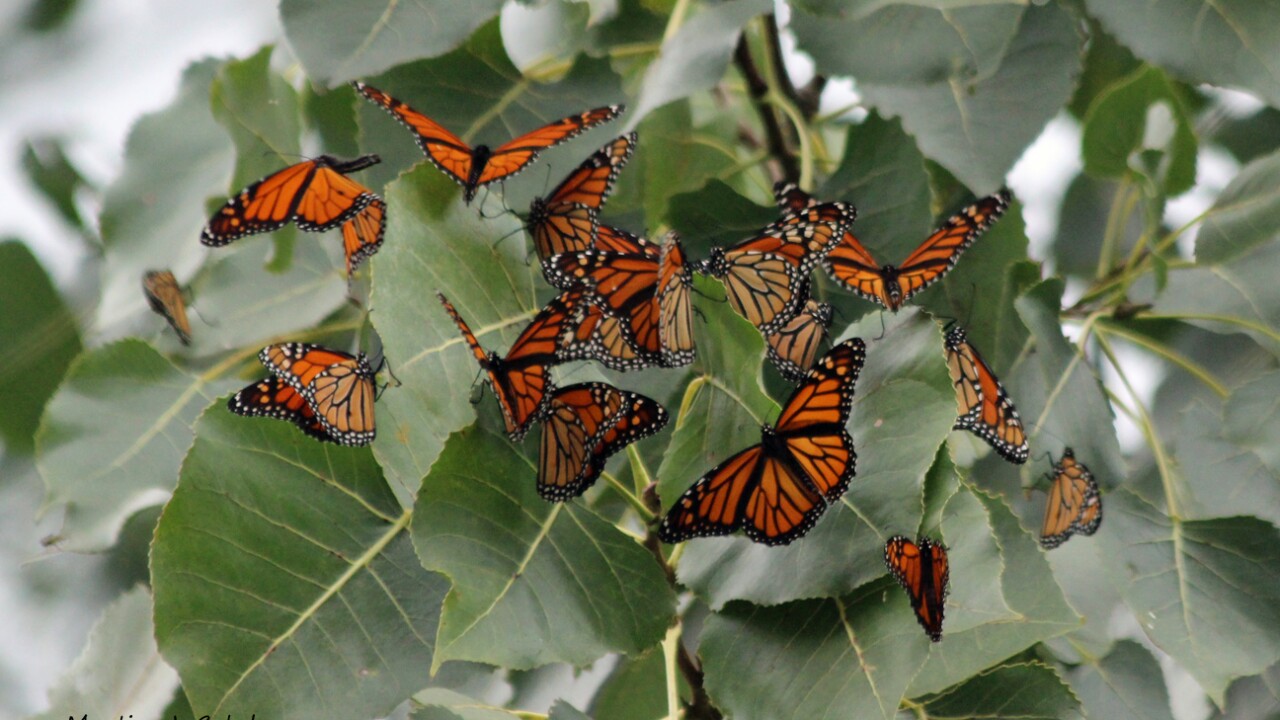 CLEVELAND — September brings a lot of things: the start of fall foliage, a second summer and the construction of corn mazes. One of the exciting things that is particularly special to Northeast Ohio is the flight of thousands of monarchs taking a rest at Wendy Park during their migration to Mexico. The Cleveland Metroparks recently wrote a post to its followers on Facebook, warning everyone to keep a look out for this incredible event.

Marty Calabrese, a naturalist from the Cleveland Metroparks, says wind and temperature are determining factors that will bring the butterflies to the shores of Lake Erie. If the weather is good in Canada, the monarchs will make their way to over Lake Erie.

"Everyone forgot this [migration of monarchs] was a thing until we started seeing photos of them returning to the shore of Lake Erie. Now, everyone is in tune with this," Calabrese said.

Naturalists who monitor the migration of birds and winged animals throughout the year said weather conditions played a big role in what they call a "fallout"—a period when the presence of monarchs builds up along the lakeshore over a span of several days.

When the monarchs depart from Canada, they use the lakefront to rest and refuel before making the long flights south to the Gulf Shores of Mexico, Central and South America.

Once there's a morning when the sun is out temperatures are warmer and there are north winds, Calabrese said all of sudden you could see thousands of monarchs awakening.

He said it's like "the cottonwood trees are coming alive."

The Gravel Pit, a store in Fairport Harbor, captured the moment Calabrese talked about as a magical one.

The stopping place along the shores of Lake Erie is significant, both for the migration of monarchs coming from Canada to go south, as well as the monarchs heading north from Mexico.

Adult monarchs coming from Canada to Mexico have a storied journey. In just one trip from Canada to Mexico, that's one generation. They live approximately eight times longer than their parents and grandparents. To do this, they have to conserve energy by storing fat in both caterpillar and butterfly stages, usually waiting to lay their eggs until spring, according to the U.S. Fish & Wildlife Service.

"Wendy Park and the Cleveland Metroparks are natural areas that are critical to their survivals and simultaneously helping them make their journey," Calabrese said.

If you want to see a build up of monarchs, check out places like Wendy Park or any Cleveland Metroparks Lakefront Reservation.