Traffic cameras remain in some Northeast Ohio villages, as court battle plays out 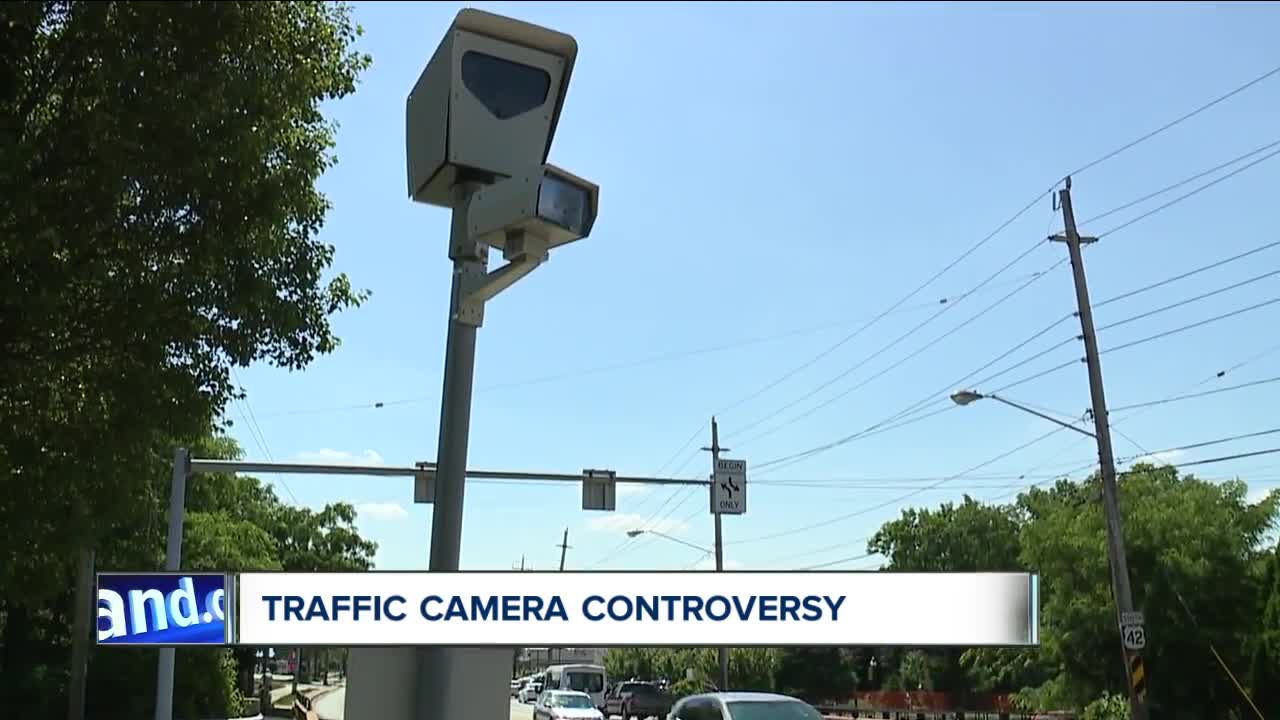 A court injunction in Lucas County Common Pleas Court, in a case filed by the city of Toledo, means that for now, cities, towns and villages all across Ohio can continue using photo-enforced traffic cameras.

"Nobody likes to get a speeding ticket," Newburgh Heights Mayor Trevor Elkins said of the program. "We have just decided to use modern technology as a way to augment our police personnel and police presence."

Under House Bill 62, the state transportation budget, new restrictions for operating traffic cameras were set to effect on July 3, 2019. But as a result of the Lucas County injunction, cities and villages can continue to use their cameras without the risk of losing state funding for the time being.

Elkins said his village has filed its own motion for an injunction, in addition to the one in Lucas County.

"We believe the more voices that are defending home rule and the right of municipalities to enforce [...] the state’s traffic laws as well as their own, the better," Elkins said. "And the stronger message it sends to both the public and the courts that the state legislature, despite wanting to do something the courts have already told them they are not allowed to do on three occasions, that local municipalities have home-rule law and we’re going to defend that."

The city of Parma Heights is looking to Newburgh Heights when it comes to the future of the city's traffic cameras.

"We were advised that it would be in our best interest to wait for Newburgh Heights, which is in Cuyahoga County, to file their injunction and to hear back," said Adam Sloan, a Parma Heights detective.

The city of Parma Heights decided to shut down its red-light cameras at Pearl and York roads, as well as a mobile speed-monitoring unit, effective July 3. Sloan said the program had been in place since 2010, though it had shut down temporarily in the past.

While it is a source of revenue for the city, Sloan said police were more concerned with traffic safety, especially at a busy intersection like Pearl and York.

"For an officer to observe a violation and to try and pull out on a vehicle to initiate a traffic stop is almost impossible to do at that intersection", Sloan said.

Back in Newburgh Heights, two cameras are stationed on Harvard Avenue at East 52nd and East 42nd streets. Elkins said there is also one handheld camera to monitor drivers on I-77. In response to criticism from drivers who said the officer monitoring I-77 was outside village limits, Elkins said that all infractions for which a citation was issued were in city limits.

"I think what they’re probably referring to is the Fleet Avenue northbound ramp," Elkins said. "Technically speaking, where the camera is located, he is several feet outside of the city of Newburgh Heights. However, all violations and all citations that he’s issuing are for infractions that do occur within the municipal boundaries of Newburgh Heights, which is completely legal and it’s a practice that is not uncommon when using traditional enforcement for radar as well."

Elkins said that citations from photo-enforced cameras aren't issued until a driver is going 74 miles per hour (14 above the speed limit) on the interstate, or 35 miles per hour in a 25 mile-per-hour zone elsewhere.

Revenue from the village's traffic camera program, Elkins said, generally makes up slightly less than 30 percent of the village's overall operating budget. The revenues generated each year, according to Elkins, are as follows:

Regardless of what happens in court, Elkins said the village has no plans to dismantle its camera program, nor does the law require municipalities to do so. But he said the village will follow new stipulations in the law if it has to.

"We, at least Newburgh Heights, [do] not have an issue if the courts decide that all administrative hearings should move to be held at a municipal court," Elkins said.

Elkins said that the village's main concern was safety, citing the National Transportation Safety Board about the role of speed in accidents and fatalities on the roads and describing it as a "significant problem."

"What most people don’t understand about the interstate is people believe, 'Oh, I’m just driving through your community,'" Elkins said. "But if there’s an accident or an incident on that interstate, my community is responsible for sending officers, sending fire apparatus, putting their lives at risk on that interstate."

If the court case in Lucas County or elsewhere were to be resolved, cities and villages with traffic camera programs would see a reduction in state funding from the local government fund, equivalent to the amount in fines from traffic enforcement camera programs.

That funding, according to the Ohio Department of Taxation, comes from a different source than revenue from the state's gas tax increase.