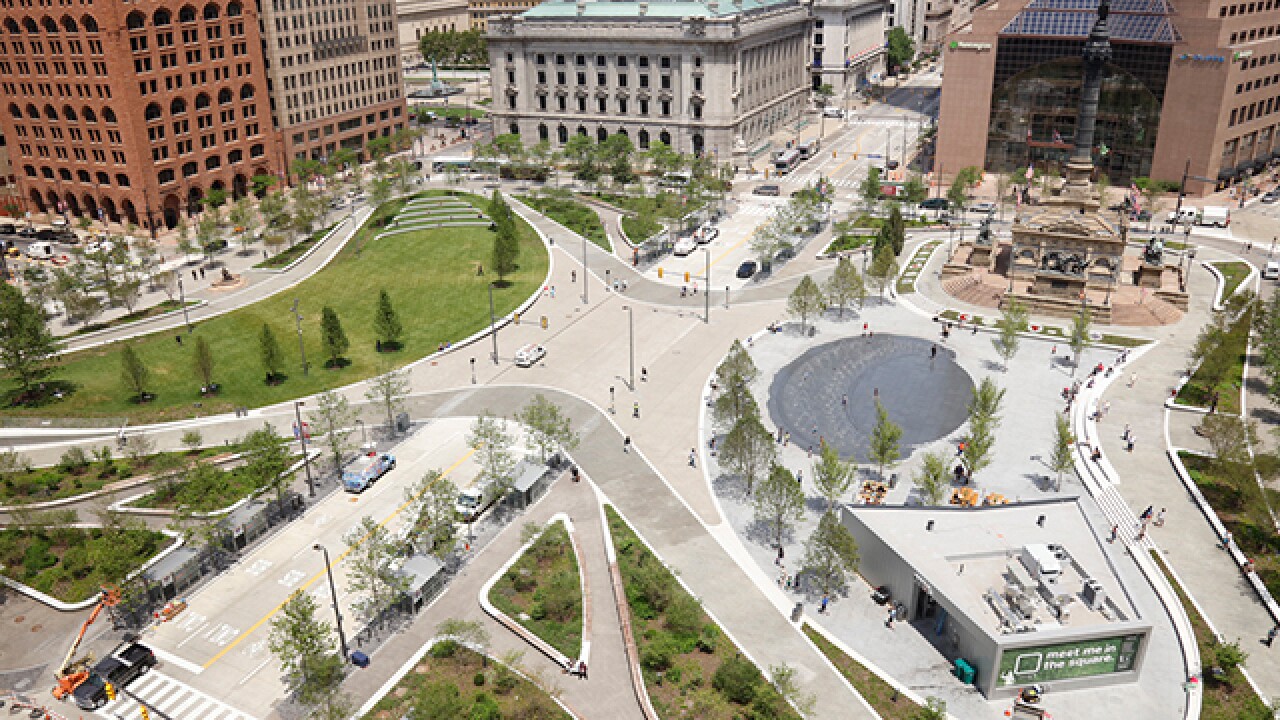 Adding to its features, Public Square will now have free Wi-Fi for visitors throughout the day, according to Cleveland Public Square.

The WiFi is accessible through the public network "!PublicSquare-FreeWiFi," and while no password is required, users will go through a one-time authentication process using either social media or an email address to connect to the network, according to Dustin Wadsworth, Director of Digital Marketing for the Public Square.  The WiFi uses a 1-gigabyte fiber line provided by Everstream.

Those who work downtown can take a break from the office life and work outside in the square.

Public Square was recently named one of the top public places in the country, according to the American Planning Association.

Since its redesign, Public Square has become a place for public events and gatherings. Public Square became the place for free speech during the 2016 Republican National Convention. The space has hosted America Ninja Warrior and live broadcasts from news outlets during the NBA championships and World Series.

The park is already hard-wired with an internet connection, which is available at several access points throughout the square, Wadsworth said. This line is an enhancement to the park which allows the Public Square to support events like American Ninja Warrior and other media coverage events.