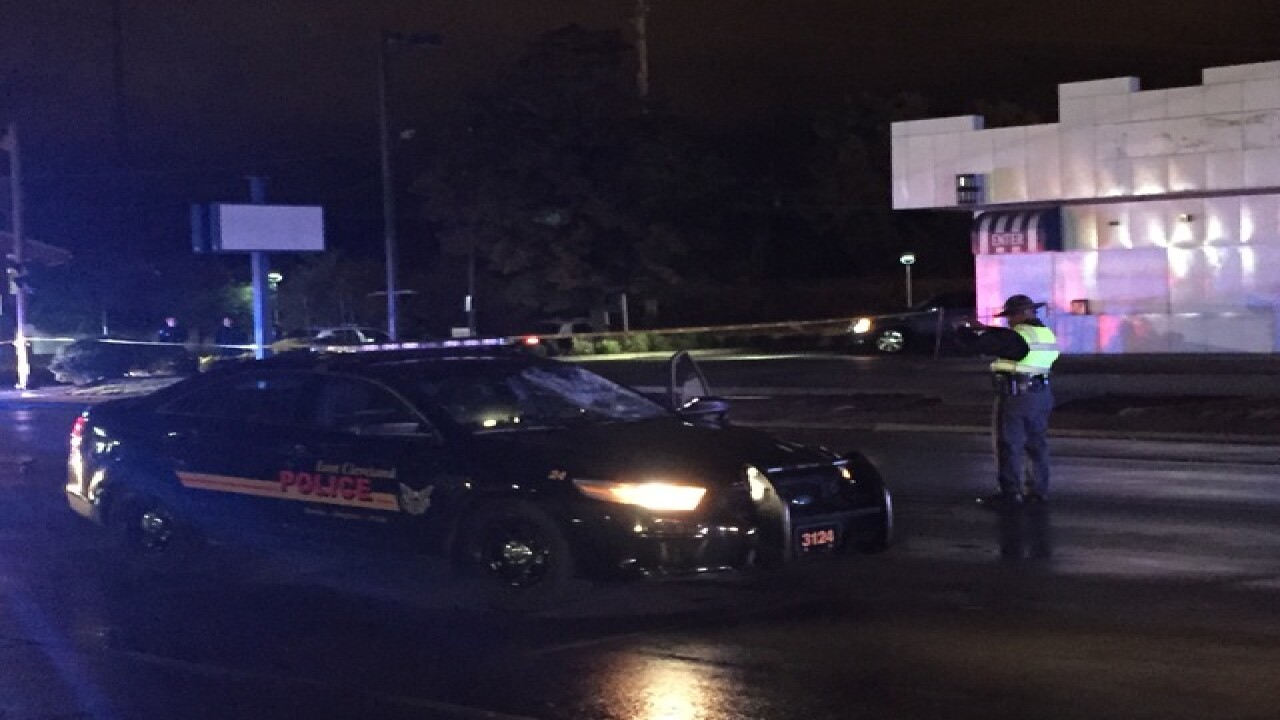 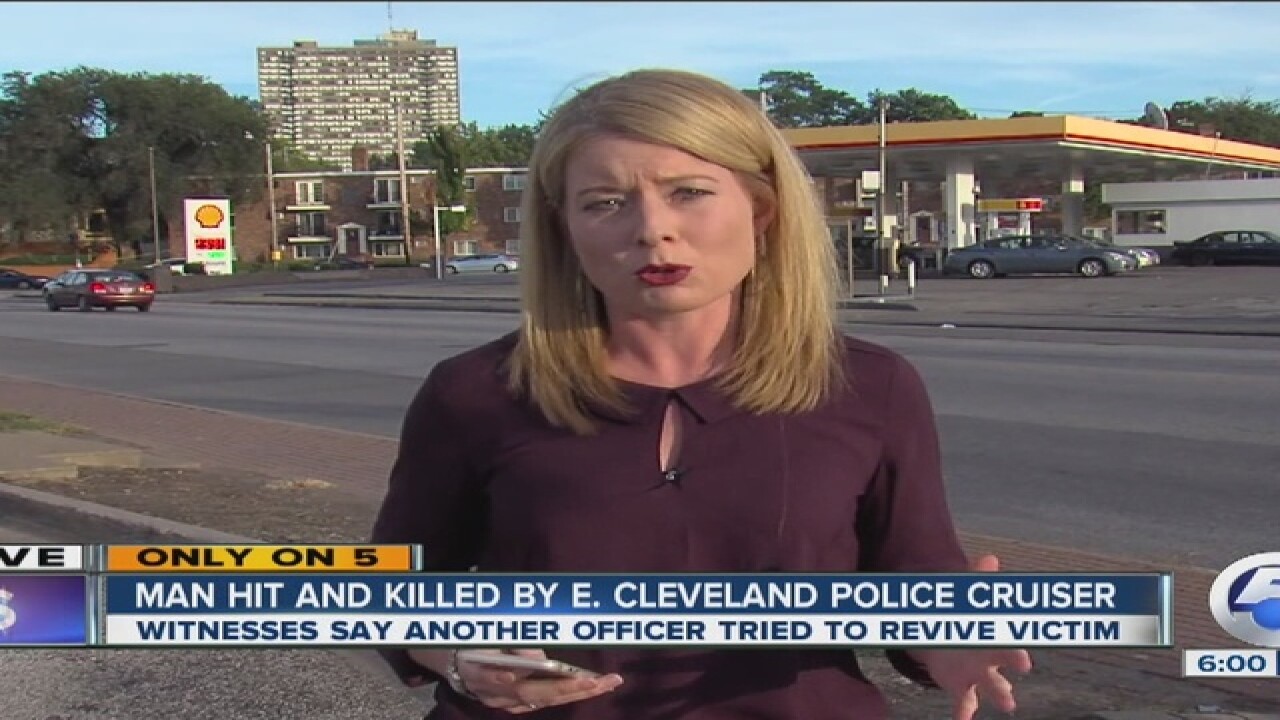 The East Cleveland Police cruiser that struck and killed a man Saturday night was responding to an emergency call when the crash happened, authorities say.

The police officer was driving east on Superior Avenue on the way to an injury car crash with the cruiser's overhead emergency lights activated at around 9:50 p.m., according to the Cleveland Post of the Ohio State Highway Patrol, who is handling the investigation.

The victim rolled up onto the hood of the cruiser, struck the windshield and landed on the road. He was taken to University Hospitals, where he later died.

The police officer involved in the crash sustained non-life threatening injuries and was also taken to University Hospitals.

The OSHP said Sunday morning that they are not releasing names of the victim or police officer at this time.

A witness told us the pedestrian was attempting to cross the street when he was hit.

"I hear a bunch of sirens going down Euclid, next thing you know we hear a boom, a cruiser with no lights, I see a cop checking out his car," Samer Zayed said.

Our app users learned about this story first. Download our newsnet5 app here   to stay up to date on breaking news.

Stay with newsnet5.com for updates on this story.