Geauga County company helps people who can't use their arm 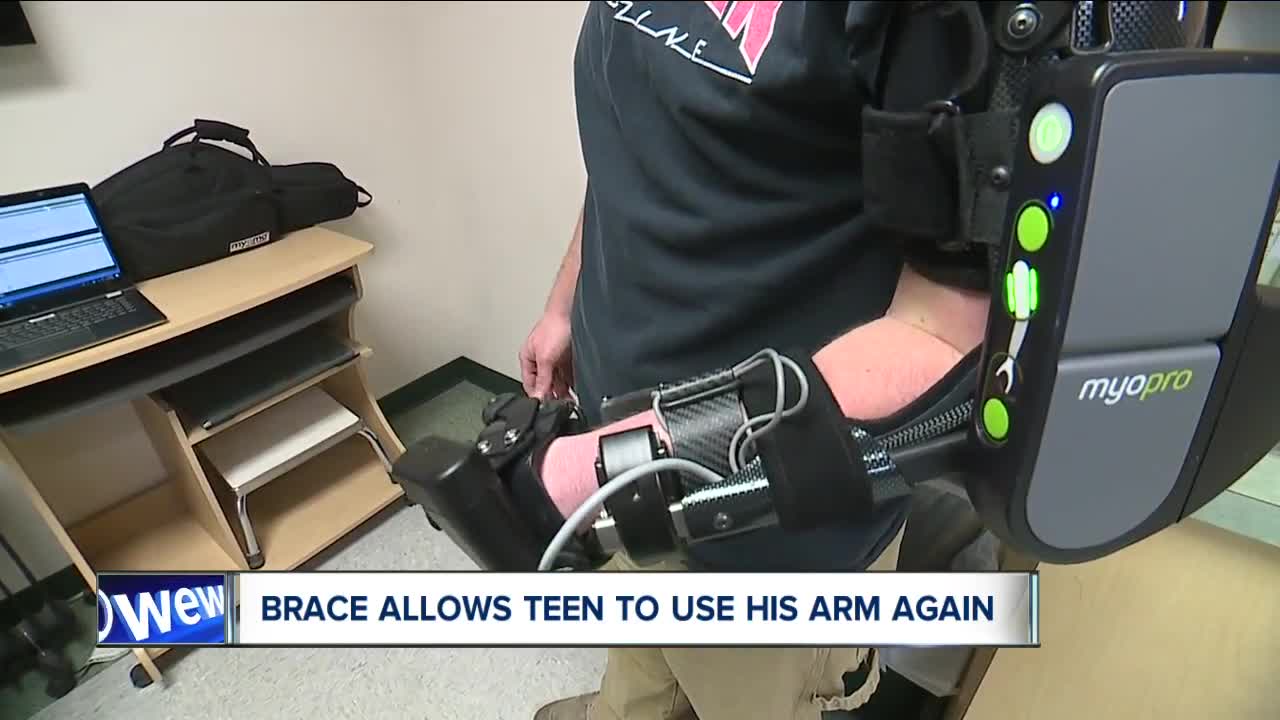 A company in Geauga County is helping people who have lost the use of their arm return to normal function. 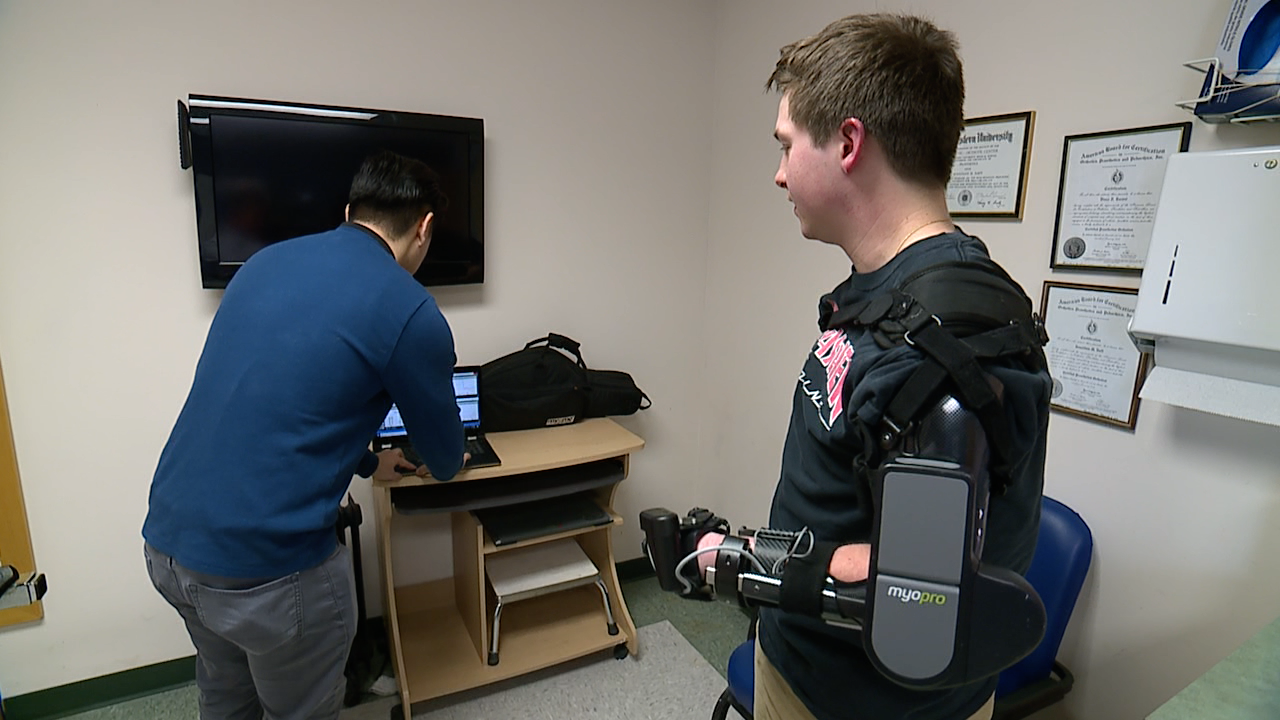 CHARDON — A company in Geauga County is helping people who have lost the use of their arm return to normal function.

Zeke Dees was injured in an ATV accident when he was eight years old.

“I had hit a tree and when I hit the tree, I turned to my right side and it pulled all my nerves out of my shoulder,” Dees said.

Dees endured a nerve transplant and several other surgeries, but he had almost no use of his left arm for about 10 years.

“It was a struggle,” Dees said. “You know, you gotta figure out how to do things all over again.”

But about two years ago, he was doing homework on his laptop, when he started searching the internet for information about his brachial plexus injury. He stumbled on the company Myomo out of Boston and sent them his story. A few weeks later, he got a call that changed his life.

“Being fitted for it, it was amazing,” Dees said of his Myopro custom orthosis. “And just moving it for the first time, it was like, ‘Oh my gosh.’”

The brace Dees now wears is custom-made at Geauga Rehabilitation Engineering in Chardon, where custom Myopro braces can be created through 3D printing or thermal forming.

The brace has motors at the elbow and hand. Inside are sensors, which are designed by Myomo. It’s designed to help people who can’t move their arm be able to do certain functional tasks again.

“If you have trouble moving your arm, it is difficult to carry a laundry basket or pick up your dinner dish from the table,” said Jonathan Naft, the founder and president of G.R.E.

The device doesn’t move a patient’s arm on its own, as a robot would. Instead, sensors pick up electrical potential in the body as a patient tries to move his or her own muscles.

“When the sensor hears the signal, the motor reacts, then the arm bends exactly how the patient wants it to do, wants it to move,” Naft said.

And this happens quickly. Naft said most users get the hang of the device within the first 10 or 15 minutes of using it.

“One could perhaps help to pick up a jug of milk, pick up a dinner dish, but this would not be something where he would pick up something substantially heavy like a 40- or 50-pound item,” Naft said.

On Thursday, Ohio’s Lieutenant Governor Jon Husted toured the facility, testing out the device for himself. He was surprised at how little he needed to move his arm muscles to get the sensors to respond.

So far, more than a thousand patients around the country and world have been able to get this brace, according to the company, and that number is rising as more insurance companies agree to pay for these expensive devices.

Dr. Brandon Green, Myomo’s chief medical officer, said some of their patients include “people who have had strokes or spinal cord injuries or nerve injuries out in the arm or different types of genetic conditions like ALS or muscular dystrophy.”

Green said the device helps give them back their independence.

“It’s like we have opened a door that they thought was always going to be closed to them,” Green said.

For Dees, the device not only helps him pick things up, but it’s also helped retrain his brain to use his left side more often, preventing overuse injuries to his right side.

“Who would have ever thought something like this would come out and people would be able to get it?” Dees said.