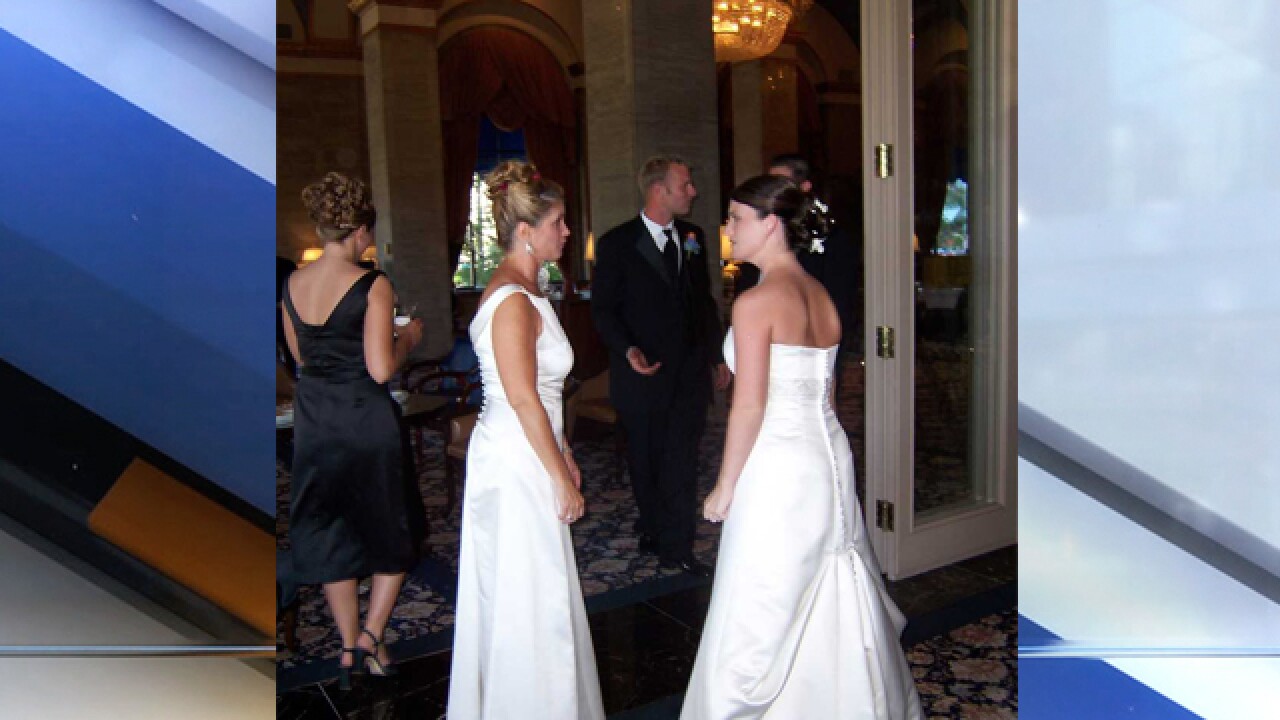 KIRTLAND, Ohio — A local woman's tweet about her wedding fail has gone viral.

Jimmy Fallon was looking for wedding fails, and Amy Pennza's won the cake.

Pennza's mother-in-law wore a wedding dress to the ceremony, which is a big wedding no-no.

My mother-in-law wore a wedding dress to my wedding. So, yeah, top that one, Twitter. #weddingfail @jimmyfallon pic.twitter.com/IjqvnXT6Ps

She said she remembered seeing her and being shocked.

Pennza saw her for the first time before walking down the aisle and remembered being nervous about being in front of so many people.

She said she remembers the rest of the day being busy and doesn't remember anyone saying anything to her about it at the wedding.

"It's like people didn't want to draw attention to it. Plenty of guests remember it, though! I don't think it really hit me until I saw the wedding photos a couple weeks later," Pennza said.

Pennza was surprised so many people reacted to her tweet.

"I've always loved the "hashtag segment" on the Tonight Show, and Jimmy Fallon usually does one for weddings in June. For the past few years, I've had it in the back of my mind to tweet my photo, but I always end up forgetting or missing it. So when I saw it pop up this year, I thought, 'Oh, I have a great photo for this' I thought maybe 50 people would like it. I definitely didn't anticipate how quickly it spread," Pennza said.

With so many Twitter users asking her about her reaction, Pennza said her mother-in-law is very frugal with her money, but has a heart of gold.

"Our family has so many stories of funny and off the wall stuff she's done over the years. She loves saving money, but she's one of the most selfless, generous people I know. Just today, she watched my kids all day so I could work. I don't think I've ever heard her complain about anything," Pennza.

Pennza said her mother-in-law has done so much for her family and she has forgiven her for the dress debacle.

"She's very easy going. I wanted to make sure people know she's an amazing person. I'm lucky to have her," Pennza said.

Pennza's mother-in-law isn't upset about the tweet, on the contrary, she said whatever makes her famous.

"She takes things in stride. It takes a lot to ruffle her feathers. She knows I'm not upset about the dress," Pennza said.

On Thursday, Pennza was surprised to find out her mother-in-law still has the famous dress.

"She actually pulled the dress out this afternoon. I can't believe she still has it! Although, maybe I can. She never throws anything away, ha ha," Pennza said.

At least their wedding will never be forgotten!