Hundreds, if not thousands, of needles found at Lorain home where 2 men died from opioid overdoses 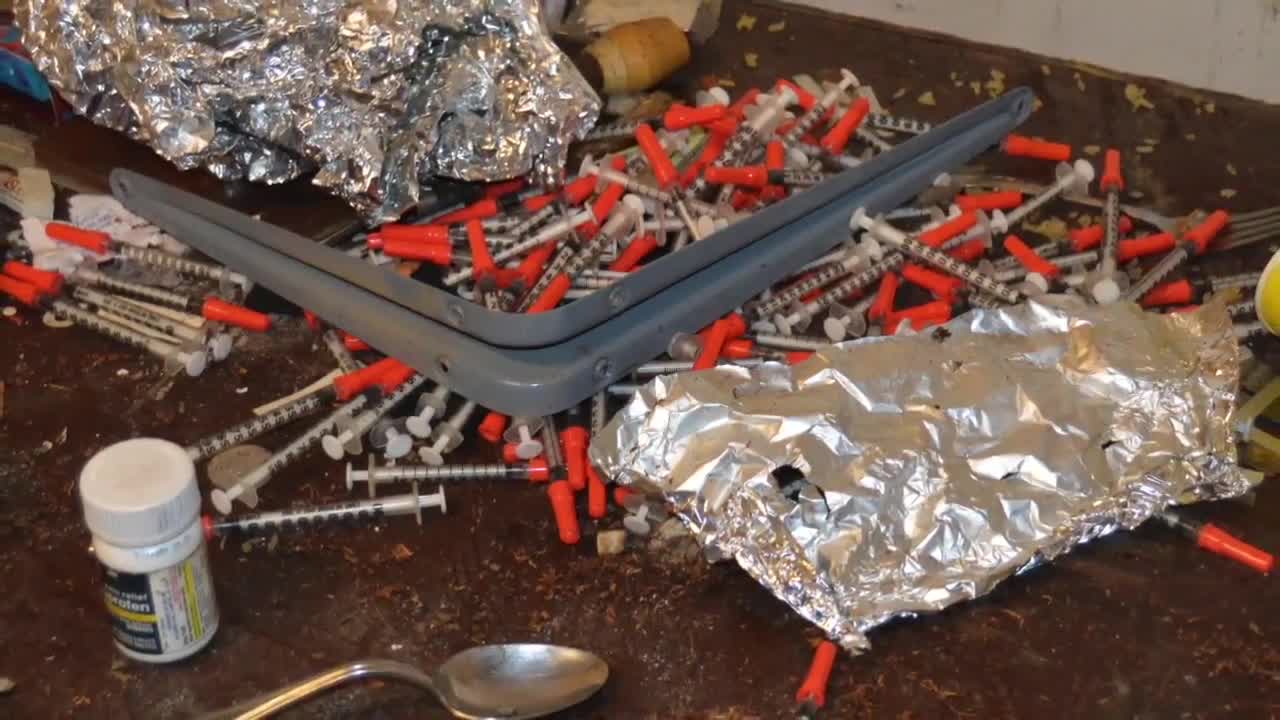 Hundreds, if not thousands, of needles were found at a Lorain home where two men died from an opioid overdose this week, according to the Lorain Police Department. 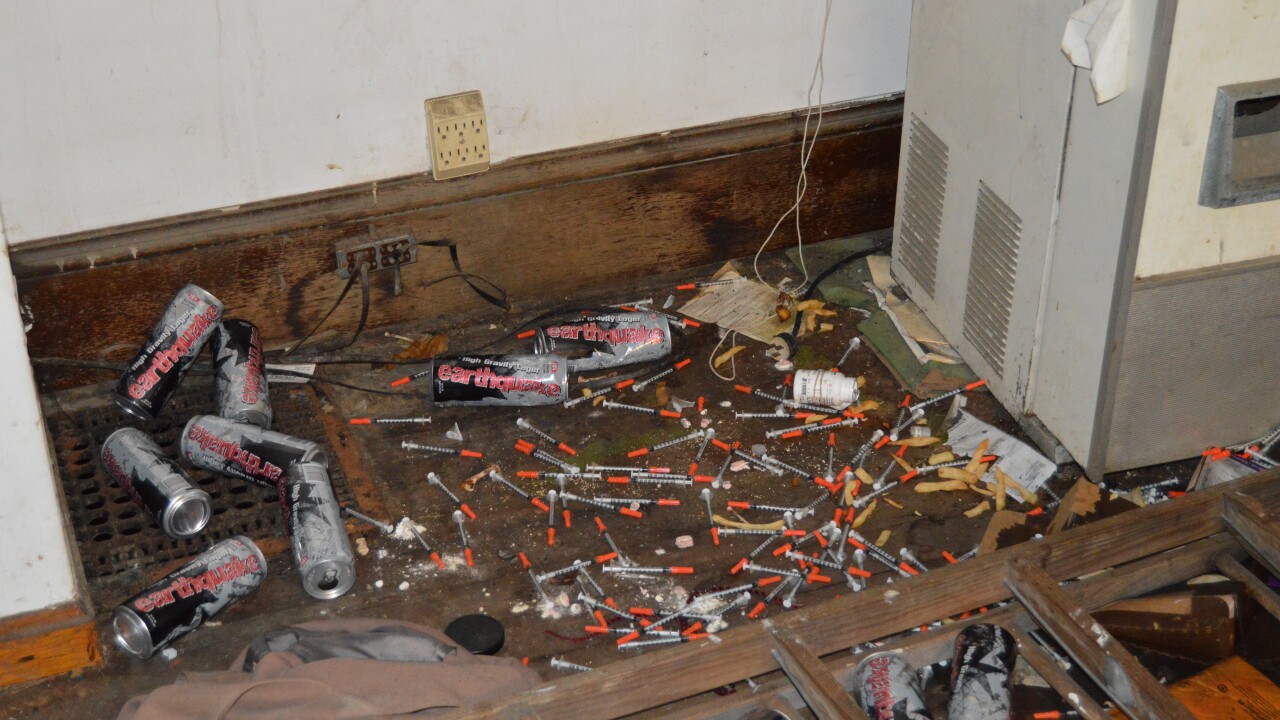 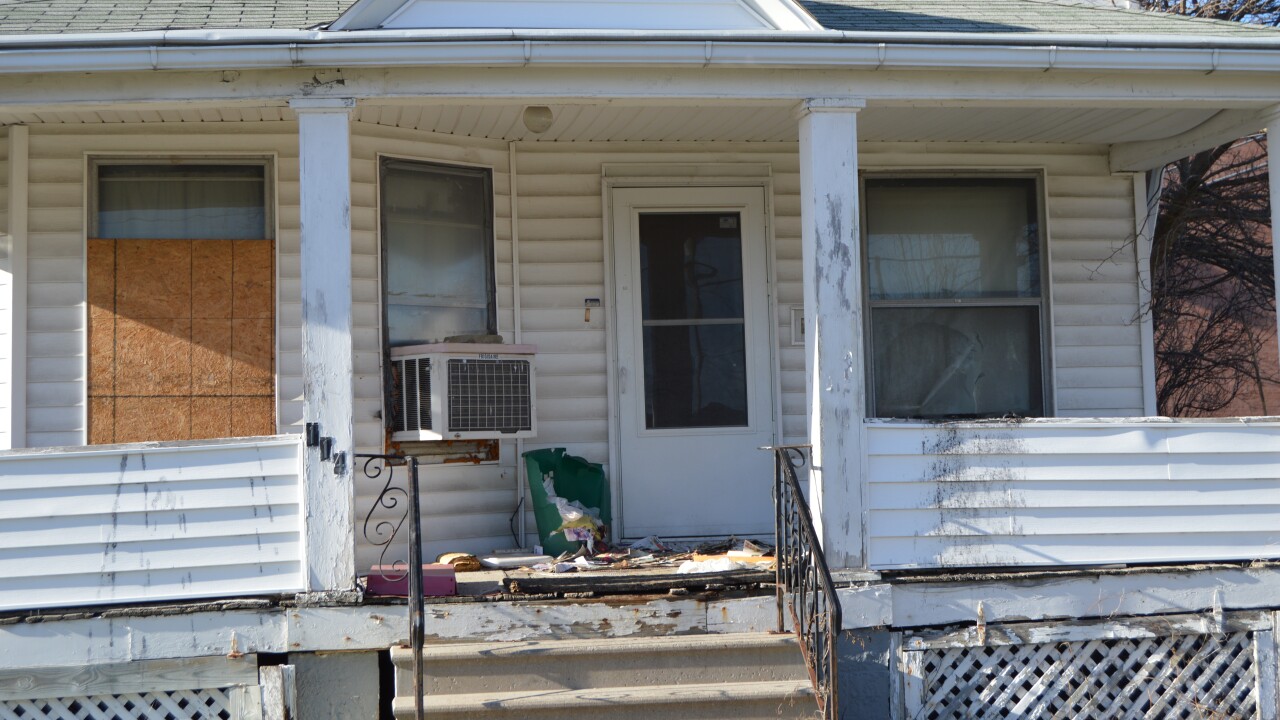 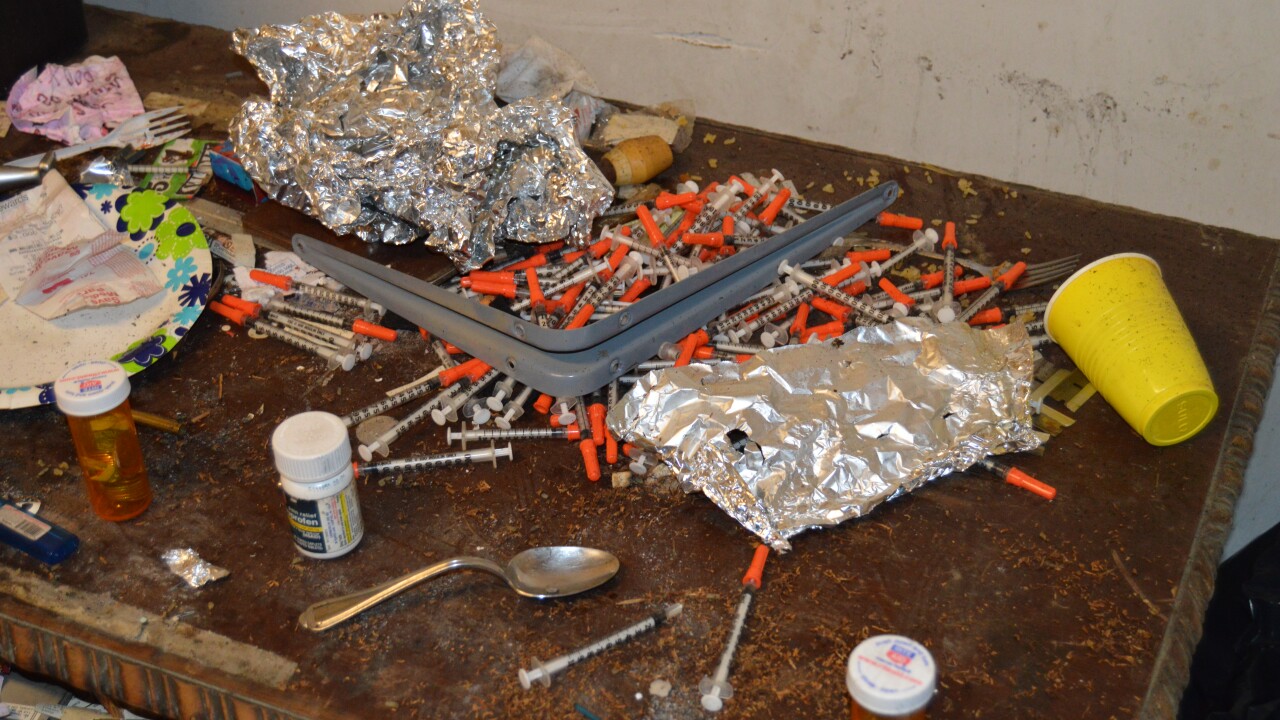 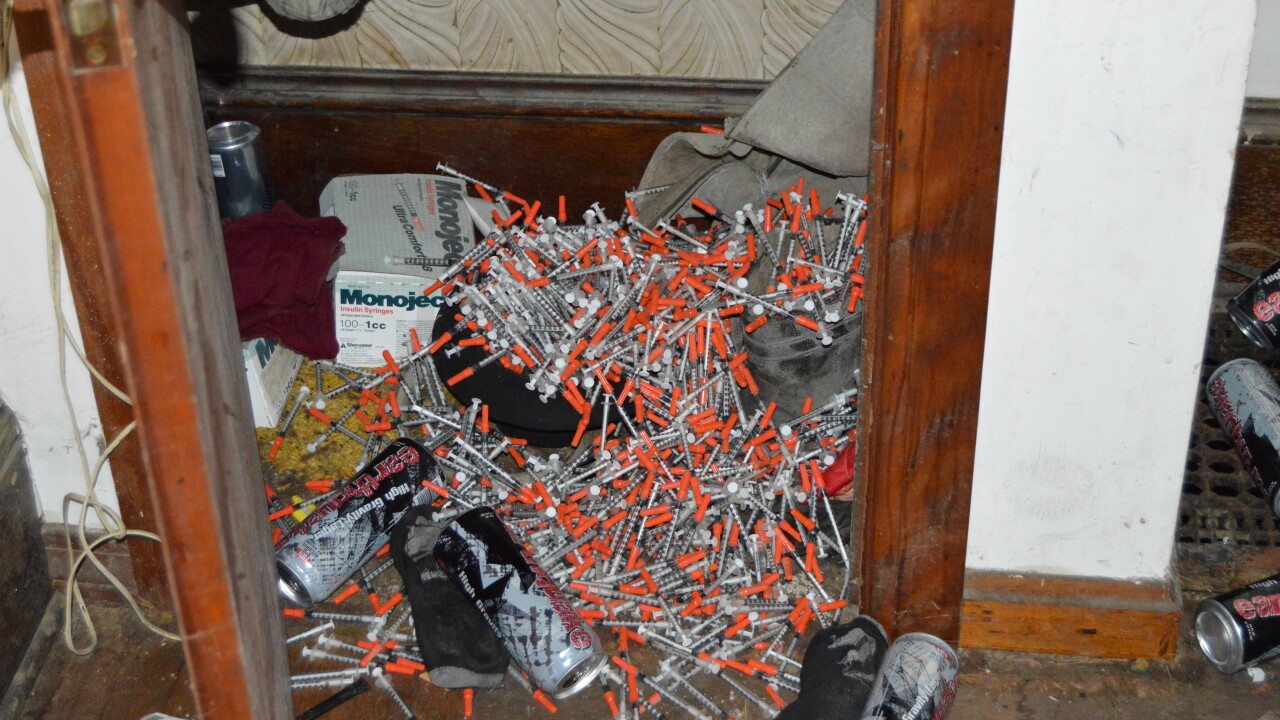 LORAIN, Ohio — Hundreds, if not thousands, of needles were found at a Lorain home where two men died from an opioid overdose this week, according to the Lorain Police Department.

On Wednesday, police responded to a home on West 26th Street and found two men lying on a tattered mattress on the floor in the living room.

According to the police report, an EMS worker said neither man showed signs of life and estimated both of them had been dead for a couple of hours.

The girlfriend of one of the deceased men said she called her boyfriend's phone and when he didn't answer, she went over to the house because it was one of "his favorite places to visit," the report stated.

The girlfriend said when she arrived, the door was locked, so she climbed through the broken basement window and found her boyfriend and the second man.

Authorities found hundreds or perhaps thousands of hypodermic needles. According to police, it appeared the house had been on fire at some point because of the smell of smoke and the upstairs carpet was saturated with moisture.

The home had no running water so the upstairs bathroom was overflowing with feces, the report said.

Police said the house is frequented by drug users. The home appeared to be in deplorable condition, with rotting floors and a broken foundation. The home poses a major health and safety hazard.

Outside the home, trash was strewn in the backyard and on the porch. A neighbor, Raul Agosta, said he wasn’t surprised to hear what happened at the house.

“Those guys came over there with beer in the morning and drank in the back," Agosta said. “They got all that junk back there and that’s where they go.”

Agosta, who has lived next door since 1970, said the problems have been going on for more than a year and said he would be happy to see the house torn down.

“If I want to sell my house, they look at that, probably they walk away,” Agosta said.

The conditions of the house pose a risk for authorities who may have to enter the house again if they need to respond to another incident. It’s also a hazard for people who live nearby, police said.

“They’ll dump extra trash, break into the house, and then you have kids that walk to and from school that play in the area that can go through that backyard,” Captain Michael Failing said. “And that’s going to end up getting a child hurt, having houses in that kind of condition.”

Failing said police notified another city department to report the property and its condition.

Kellie Glenn, director of the city's Building, Housing and Planning department, said in an email that the only code enforcement violations at that property have been for high grass violations in 2016, 2017 and 2018. She said the house was not on the demolition list and that, while the house has back taxes, that does not mean it is abandoned.

Glenn also noted that the homeowner is in a nursing home and that the property also has a delinquent water bill. She said the house has been cited for the roof, porch, garage and broken window as well. If repairs are not made, the case will be sent to housing court.

The Lorain Police Department encourages residents to report activity in abandoned buildings and prevent children from playing in and around these houses.