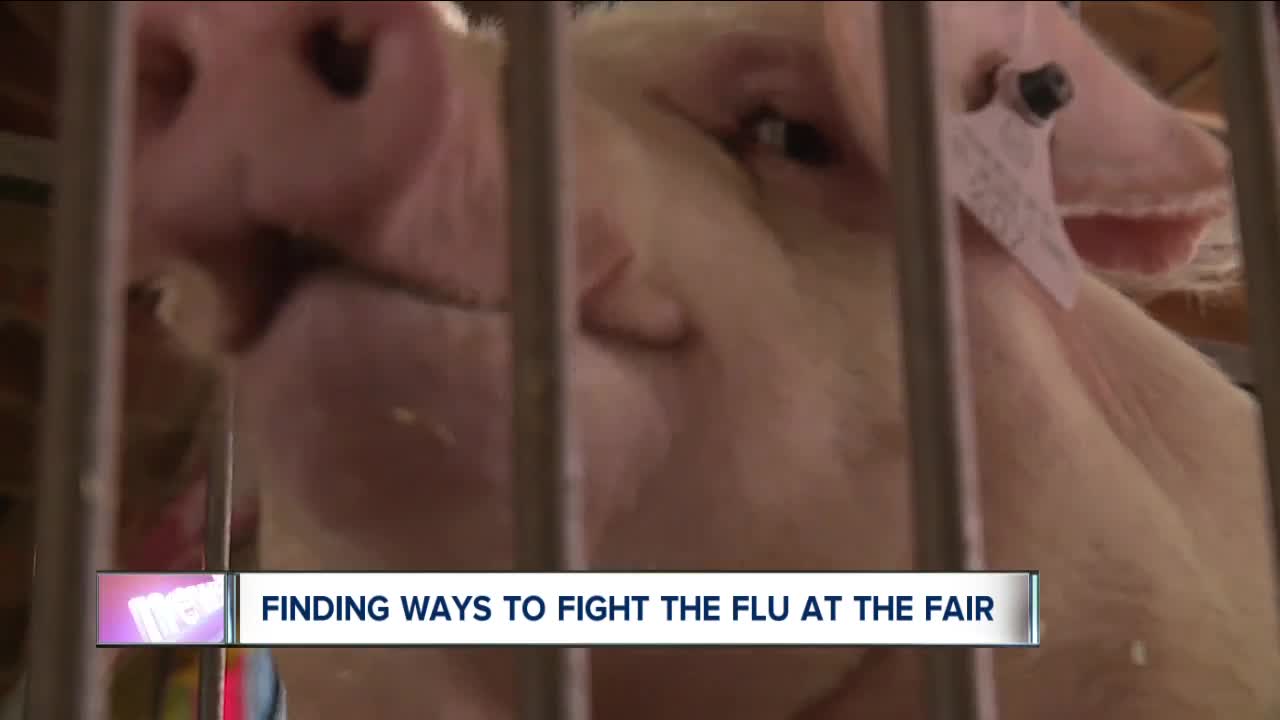 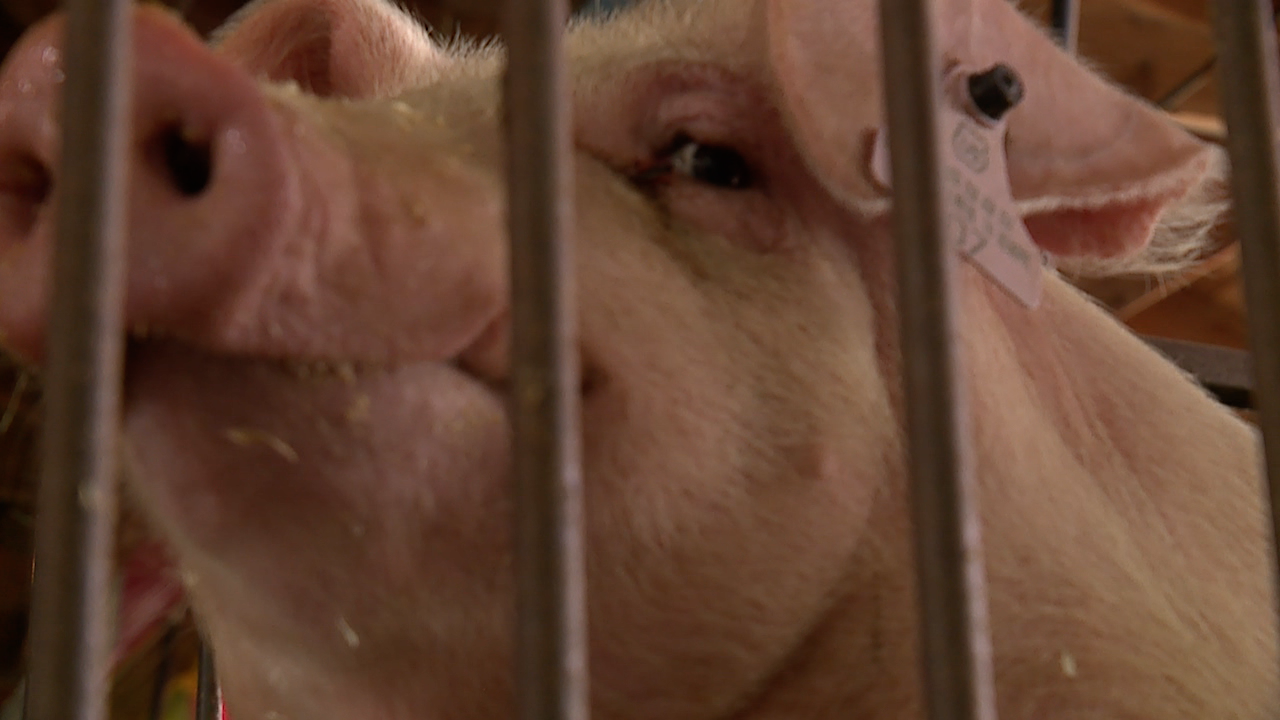 LORAIN COUNTY, Ohio — Every year, researchers try to figure out what strains of the flu might be most prevalent in humans during the upcoming flu season.

A research team from The Ohio State University College of Veterinary Medicine travels to about 15 states each year, stopping at more than 125 fairs and shows to collect samples from pigs.

"If I could get them to blow their nose into a tissue, I would do that,” Dr. Andrew Bowman said.

Instead, Bowman, an associate professor, and his team collect “whatever nasal secretions are on the end of their nose” in order to find out what viruses are circulating among pigs. Fairs give them an alternative to traveling from farm to farm, allowing them to collect samples from many pigs from different farms in one place.

Those samples are taken back to the lab, where researchers identify the strains and try to figure out which ones might affect humans.

"Every flu virus in us, you can trace its origins back to an animal at some point in time,” Bowman said.

Bowman has been researching this since 2010, the year after the 2009 swine flu pandemic. He said pigs are susceptible to human and avian viruses, in addition to their own viruses.

"Those viruses can mix and match within the pigs, and so then a new virus might emerge and so it might come back to us,” Bowman said.

Researchers share their lab results with the Centers for Disease Control (CDC) to help figure out what strains “might get turned into a candidate vaccine virus, where they have it ready if it were to ever enter into the human population and spread.”

As for the pigs, the flu affects them much like it affects humans.

"They’ll have a runny nose, they’ll have a cough, might have a fever, don’t feel like eating,” Bowman said. “Kind of lethargic and lay around."

While vaccines for pigs do exist, finding the right vaccine for a specific virus can be challenging.

"The diversity of the pig viruses is much larger than what we have in humans, so trying to get a vaccine match, which we have that issue in humans as well, is a lot harder for us to get a good match and really stay ahead of those strains,” Bowman said.