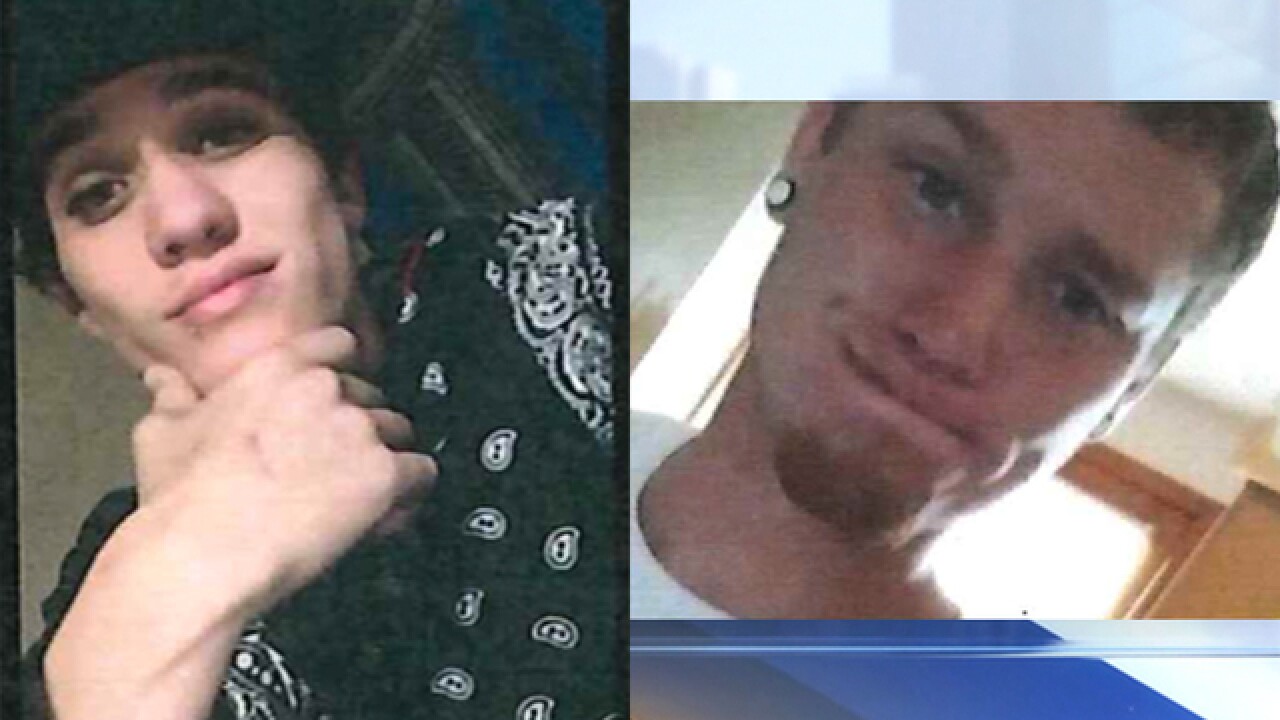 The suspects wanted in connection with a fatal stabbing in a parking lot of an Elyria elementary school are in custody following a high-speed chase and crash in southwest Oklahoma City, authorities have confirmed.

A warrant was issued for Phillip Hohn-Tucker, 21 of Elyria, Ohio on a charge of conspiracy to commit robbery.  Authorities also charged Joshua Phillip Alexander Hohn, 19, of Prescott, Arizona with murder and issued a warrant for his arrest.

The warrants were issued following an investigation into the death of Barry Allen Spreng Jr., of Oberlin, Ohio.

Spreng's body was found lying on the ground in a parking lot on the northwest side of Windsor Elementary School, 264 Windsor Drive, by a passerby. Spreng was pronounced dead at the scene by EMS. He appears to have been stabbed multiple times, according to Elyria police.

According to KOCO News 5, Oklahoma State Highway Patrol troopers were chasing the two men when the suspect vehicle crashed into a power pole and fence. One of the suspects was taken into custody, the other was flown to a nearby hospital. Authorities told KOCO News 5, the driver crashed after he lost control of the car.

Authorities haven't said which suspect was injured in the crash or their condition at this time.