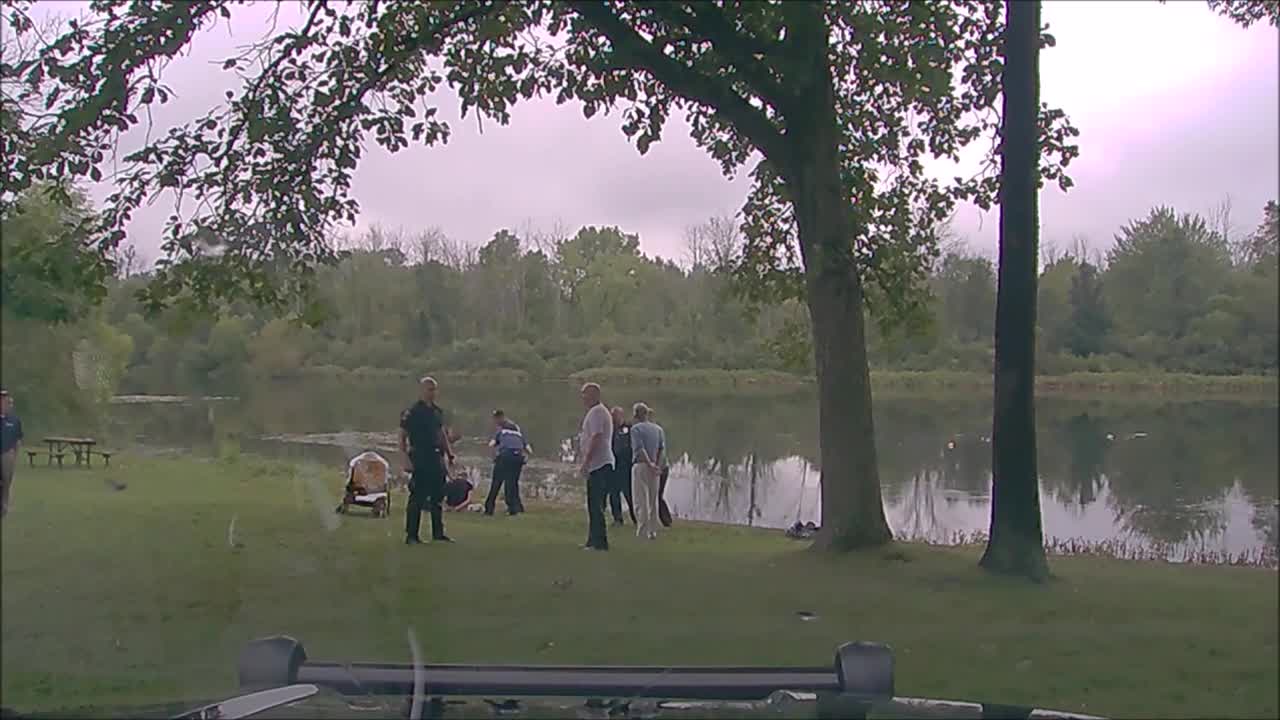 Two Streetsboro police officers and a bystander saved the life of a woman who had driven her car into a lake Tuesday. 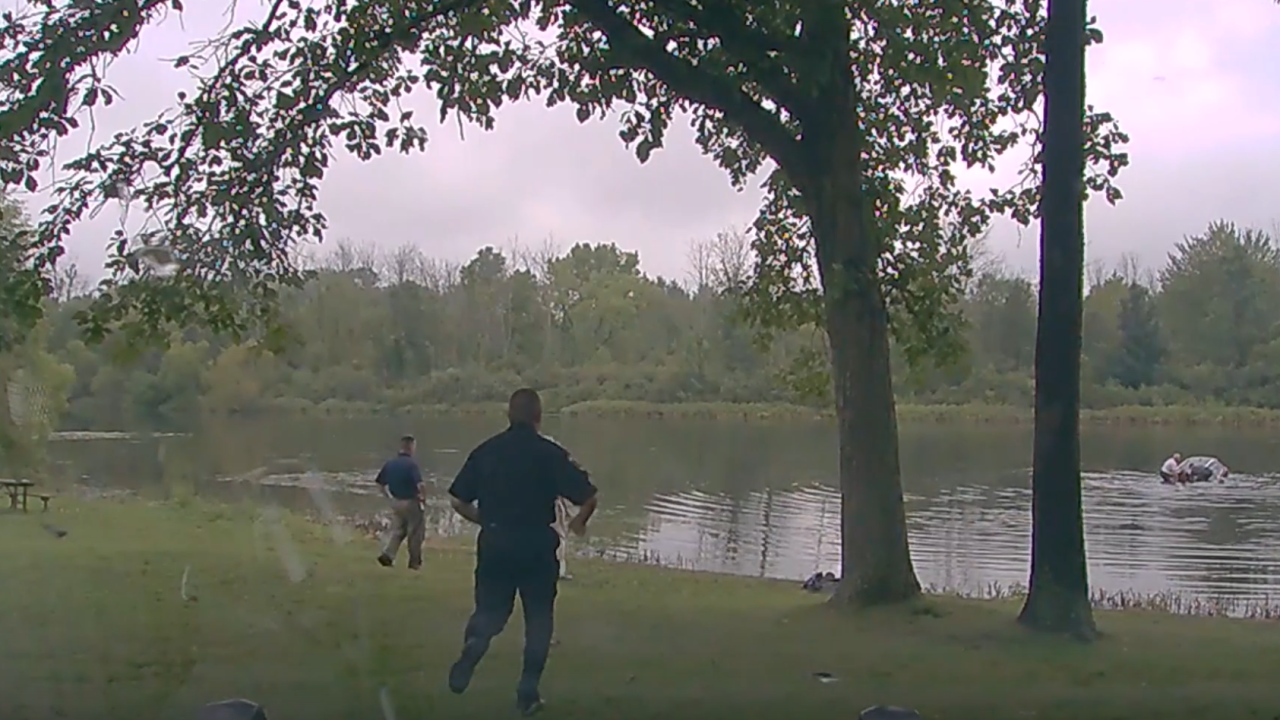 AURORA, Ohio — Two Streetsboro police officers and a bystander saved the life of a woman who had driven her car into a lake Tuesday.

Officers received a call that a vehicle had driven into the lake at Liberty Park on Aurora Hudson Road. They were told there was a person still inside the vehicle, police said.

Officer Matt Plesz and Officer Jason Sackett arrived to the scene when they found the vehicle in the lake with a woman inside the vehicle and a man outside of the vehicle attempting to help get the woman out of the car, according to police.

The car was far enough out on the lake that the two officers had to swim to reach it. Once they made it to the vehicle, the officers discovered that the woman did not want to be rescued and was attempting to take her own life, police said.

Plesz and Sackett acted fast after realizing the car was sinking. The officers noticed the sunroof was open, so they worked together to pull the woman out, according to police.

The man who had been assisting previously, Dean Olesinski, of Northfield, stepped back in and helped the officers swim the woman, who was resisting her rescue, back to shore, police said.

Authorities said they were then able to subdue the woman and transport her to get medical attention.

The Streetsboro Police Department said it wanted to recognize the heroic actions of Plesz, Sackett and Olesinski, but did not want to minimize the personal crisis the woman involved was going through and hopes she can get the help she needs.

As a reminder, there are many resources to help those going through a crisis.

If you or someone you know is in need, call The National Suicide Prevention Lifeline number at 1-800-273-8255, or click here to find your local hotline.