Mom robbed of Christmas gifts in front of kids 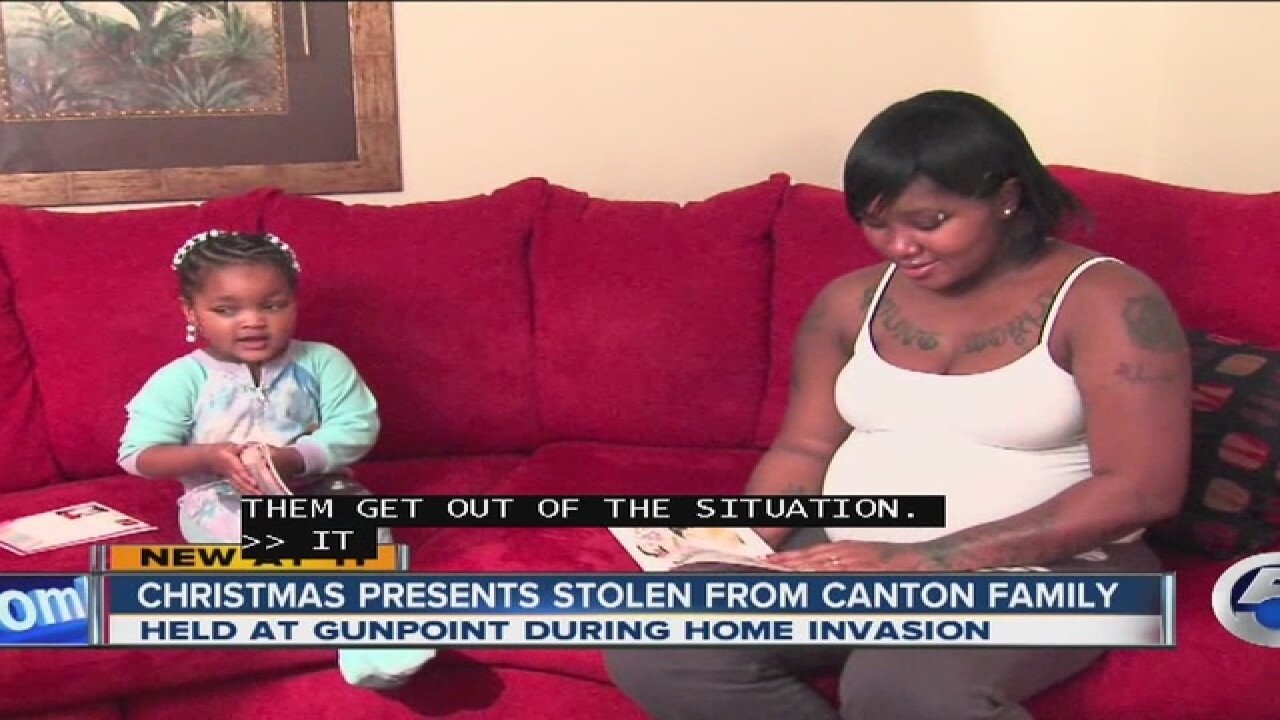 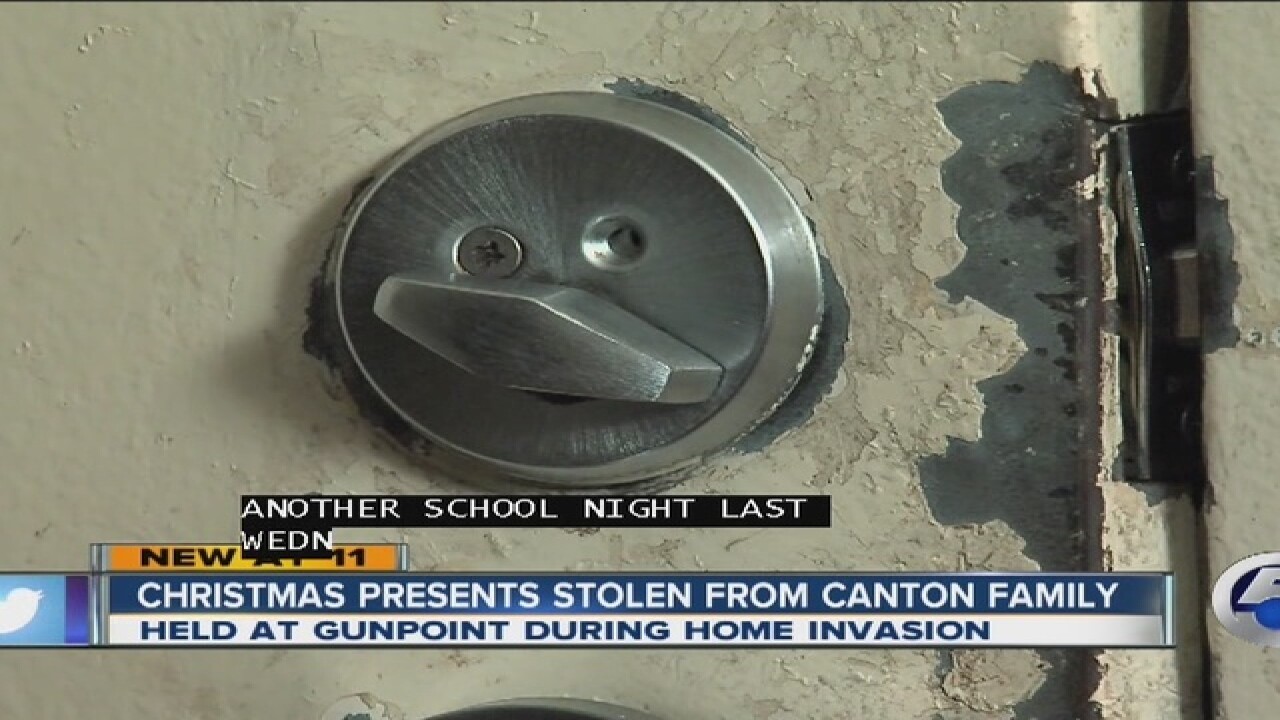 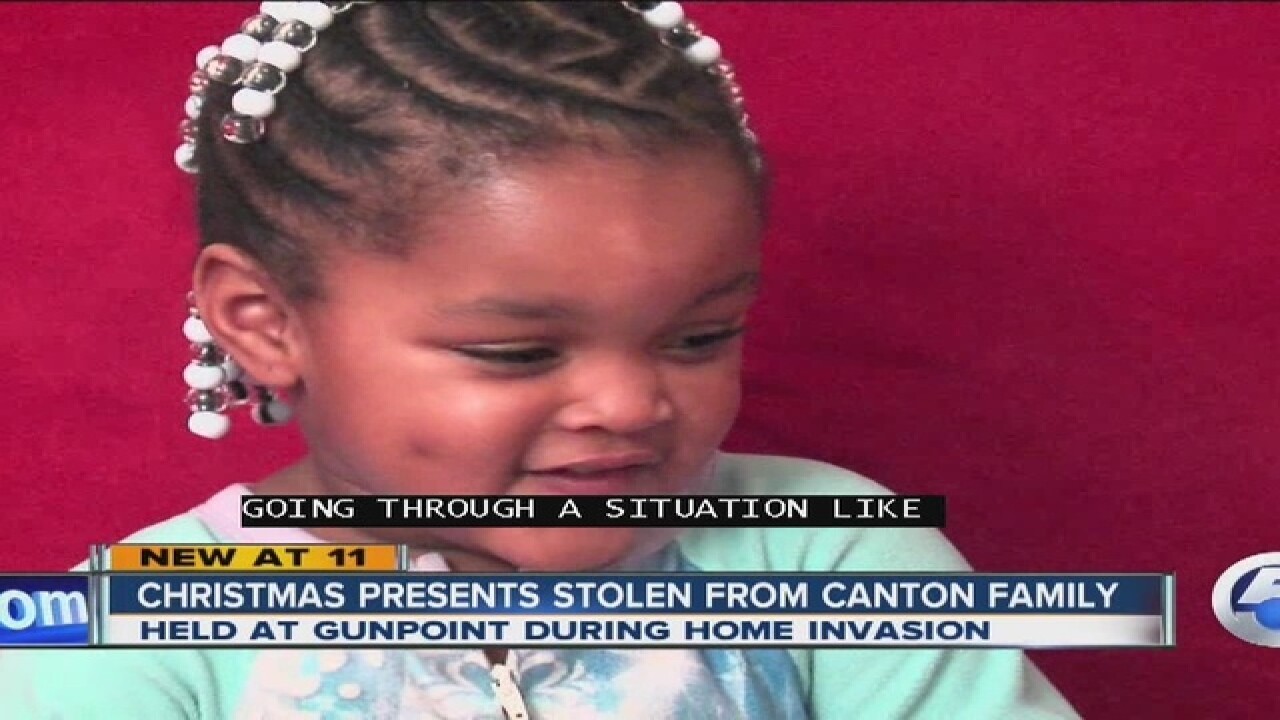 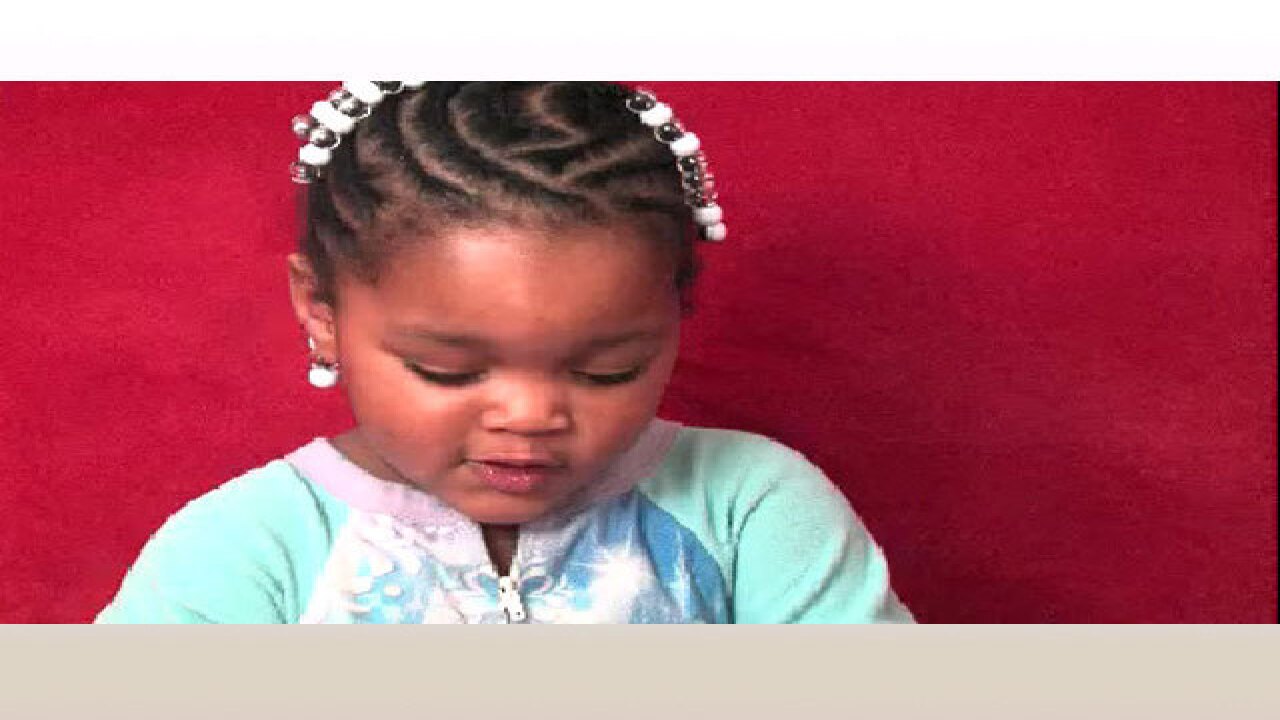 A Canton woman said two unknown, unmasked men stormed into her home last week and robbed her of her Christmas gifts at gunpoint. Her three young girls witnessed the incident.

“I never imagined myself going through a situation like that, especially with little girls looking up to me, to help them get out of the situation," said Canika Austin, the victim. Austin lives on Ellis Ave. NE.

Austin said one of the men had a shotgun, the other had a handgun. Both were in their 20's and wore black. One had on a red stocking cap.

"[They said] 'Where’s the money? I know you all have money,'” recalled Austin.

Austin said the criminals stole dolls, toys and video games, all of which was going to be given to her kids for Christmas. They also stole $250 in cash and their flat-screen TV.

"It was trash bags full of a whole bunch of toys," she said.

Canton Police are investigating the incident, but they could not confirm any arrests Sunday because the detective on the case was unavailable.

Police and Austin also said that when the suspects ran out of the house, one of them fired a shot at a person as they got away. That person was not injured.

Austin started a GoFundMe account to help recoup some of what she lost:

She said her house was also broken into and ransacked just three weeks ago. No one was home at the time.