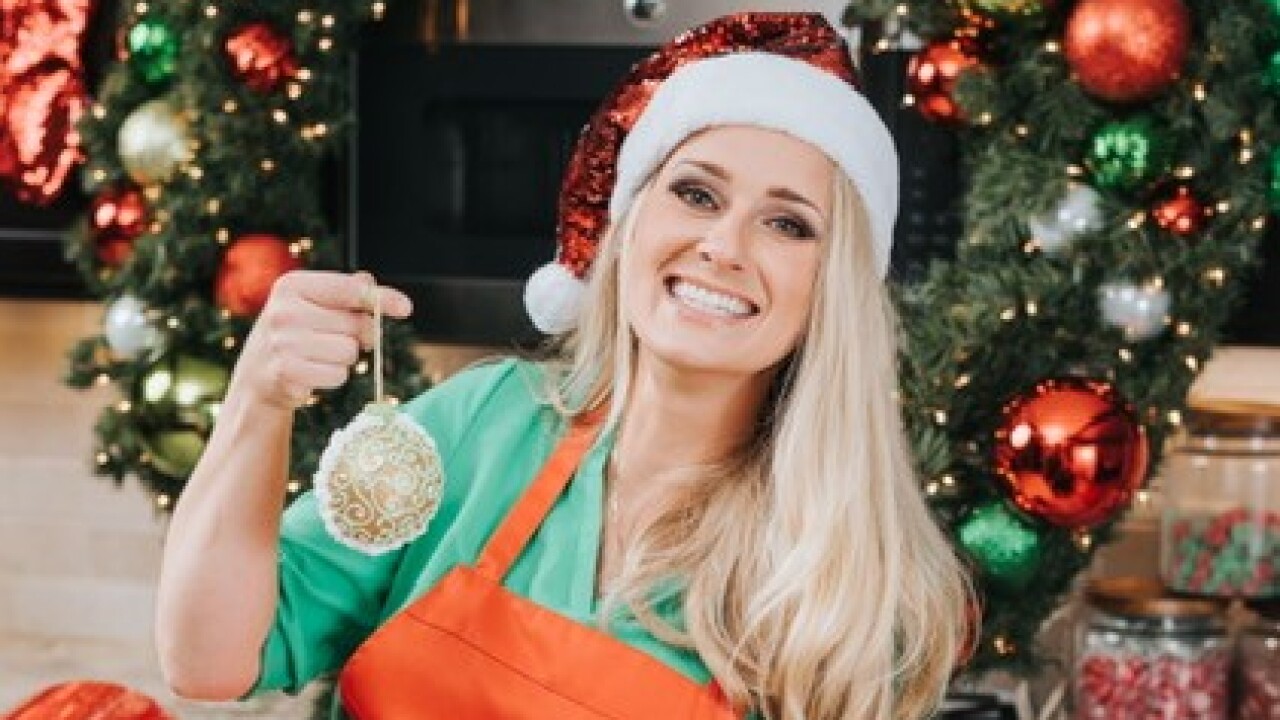 CLEVELAND — For three generations, Stan’s Northfield Bakery in Summit County has been baking up delicious treats from coveted recipes passed with diligence and pride from one family member to the next. Now the bakery’s star cookie decorator is showing off this neighborhood's sweet retreat on an upcoming episode of Food Network’s Christmas Cookie Challenge.

Leslie Srodek-Johnson, a third-generation baker and the granddaughter of founder Stan Srodek, remembers the call from Food Network’s scouting agency like it was yesterday. She was in the bakery baking away when her mother picked up the phone, at first thinking it was joke.

“In a colorful way, being my mother, she was like ‘yeah, frickin’ right,’” laughed Johnson.

When her mother handed over the phone, it was indeed the scouting company on the other line telling her they saw her work on social media and that they were interested in getting to know what she was all about.

Over the course of several weeks, representatives from the Food Network vetted her with multiple interviews, emails and phone calls.

While she couldn’t provide specifics, Johnson said she had to complete challenges to make sure she was the real deal. At any given time, she was given a challenge and had to complete it and send pictures into them within a 24-hour window.

“At that point I still didn’t know if I was for sure going to be selected for the show. It was definitely stressful because on top of the other day-to-day baking I had to do, I would have to complete these challenges, often hiding these from customers.”

In February, she got the green light and was flown out to spend a week in a Los Angeles with four other bakers from around the country.

“The entire experience was a whirlwind. I didn’t sleep and was flying on adrenaline. I lost 10 pounds because the nerves were so intense,” Johnson said. “So many nerves because you don’t know what to expect.”

Throughout the week-long competition, she had her family's legacy in the back of her head.

"My grandparents started this in 1961, so we have been in the community for so long. I was nervous because what if the judges didn't like my cookies that were from recipes that are nearly 100 years old? That would've been a problem," said Johnson.

The late Stan Strodek died a month before Johnson was born, but his legacy lives on.

"I would like to think he was extremely proud and shocked that the bakery is still in business after all these years, " she said.

And when she came back home, the craziness didn't stop.

"My plane landed on a Sunday and Fat Tuesday was that same week, so I definitely didn't sleep in 48 hours, " Johnson said.

Because of an agreement, Johnson remained tight-lipped about the episode, only to speak about the camaraderie felt by all the contestants.

"At the end of the competition, we all became friends and we still keep in touch with one another," she said.

If you have a sugar craving, stop by Stan's Northfield Bakery at 9395 Olde 8 Road in Northfield.