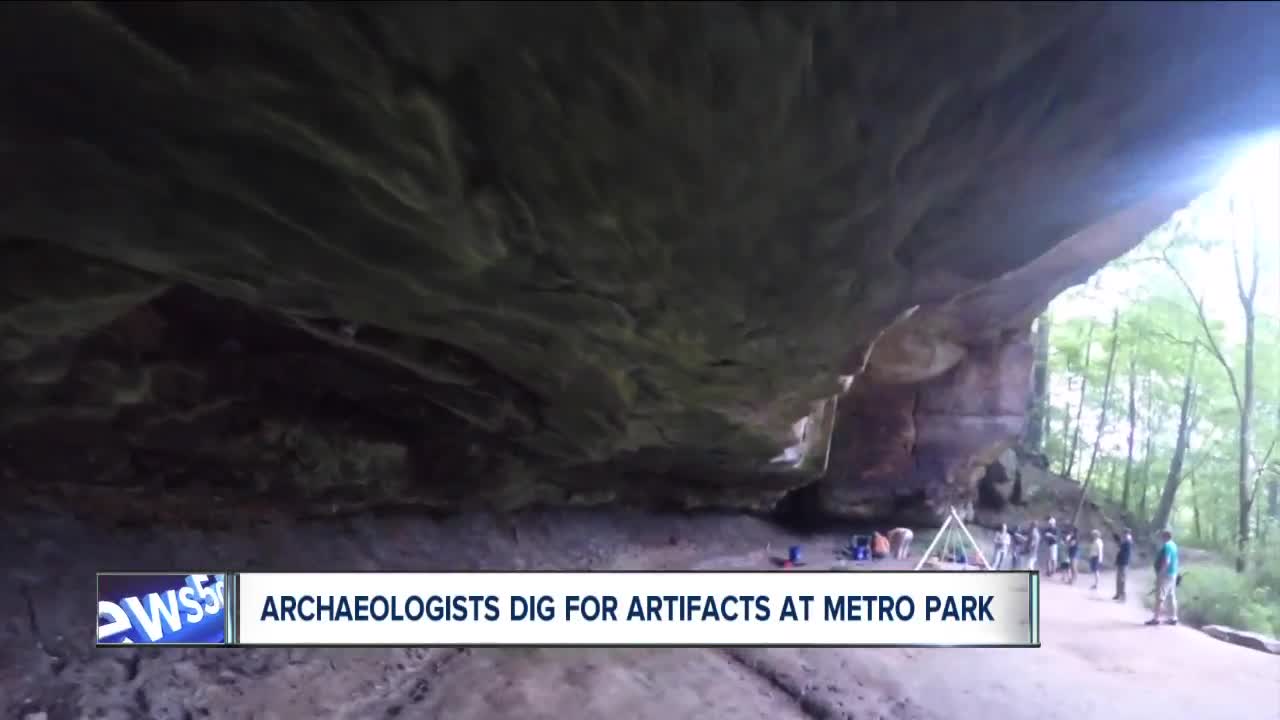 Archaeologists are spending the week digging for any clues that could show evidence of prehistoric human habitation around Mary Campbell Cave at Gorge Metro Park in Cuyahoga Falls. 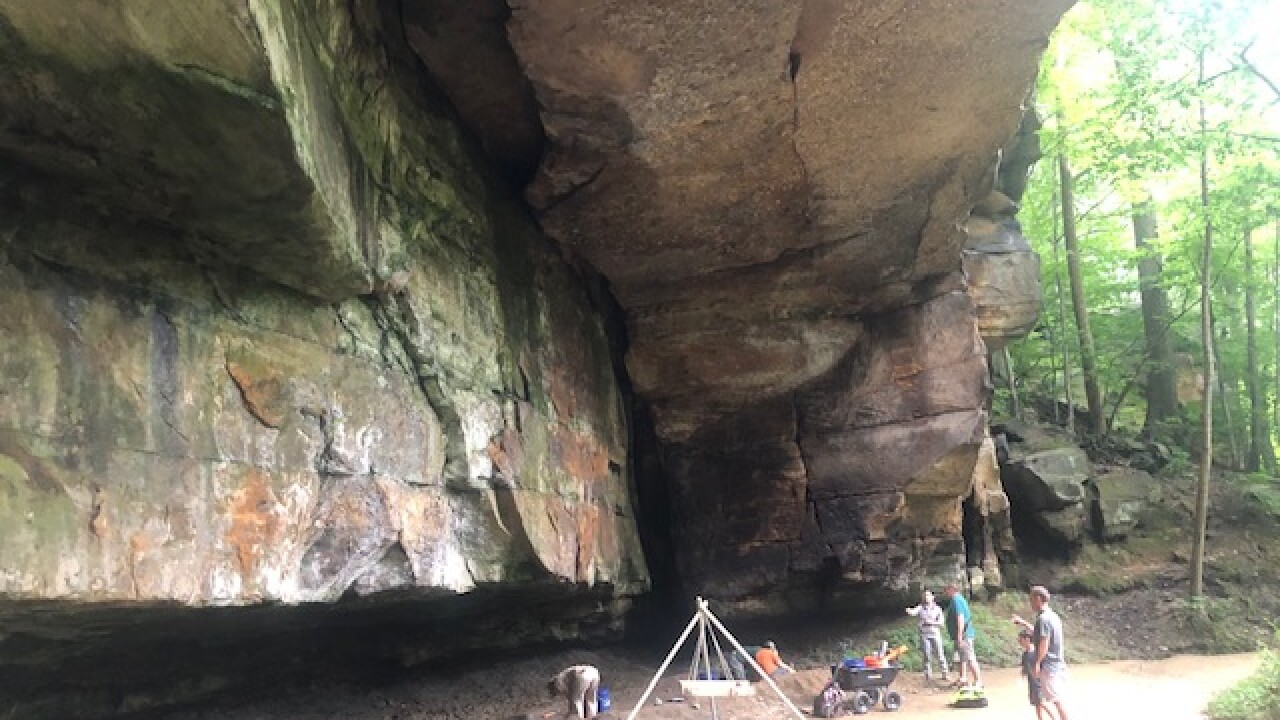 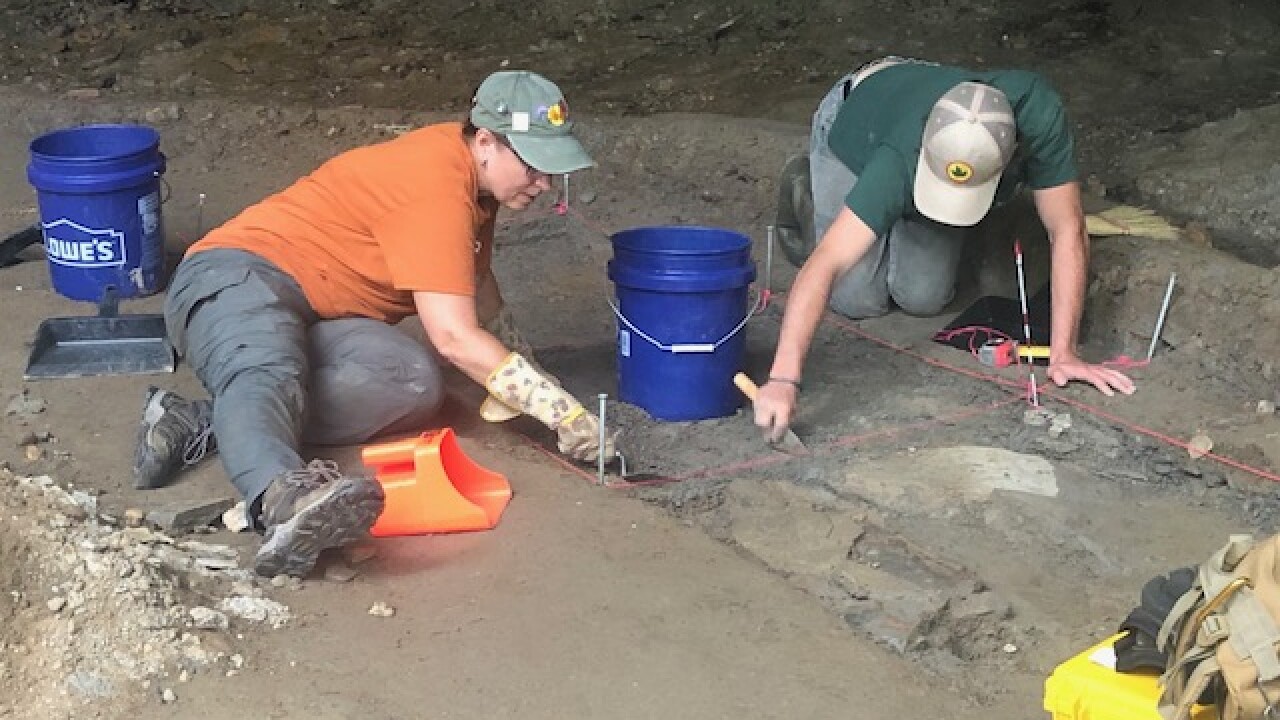 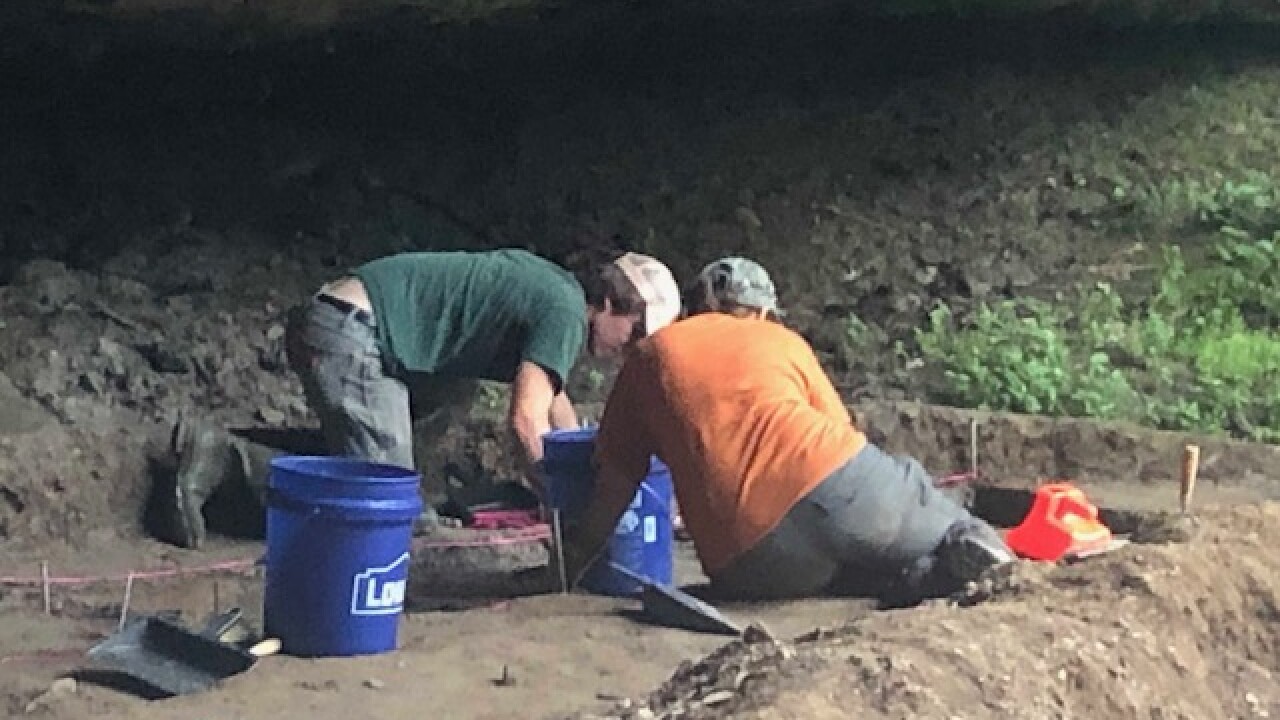 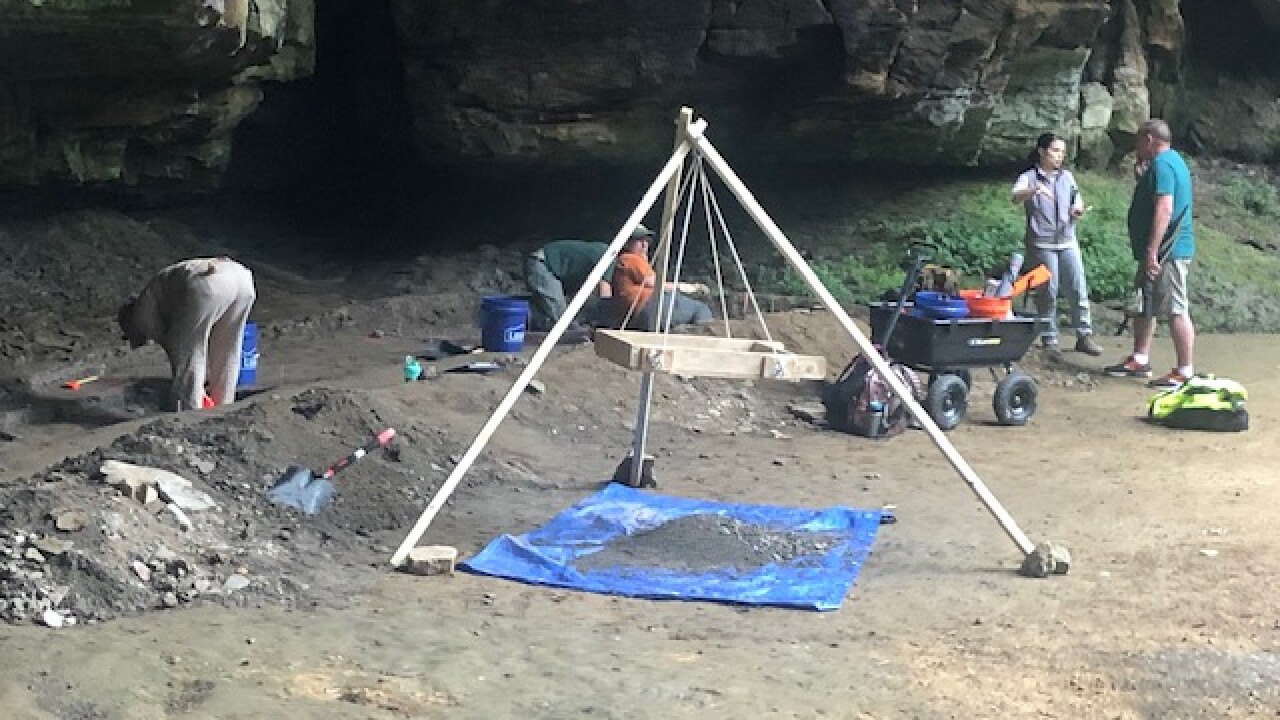 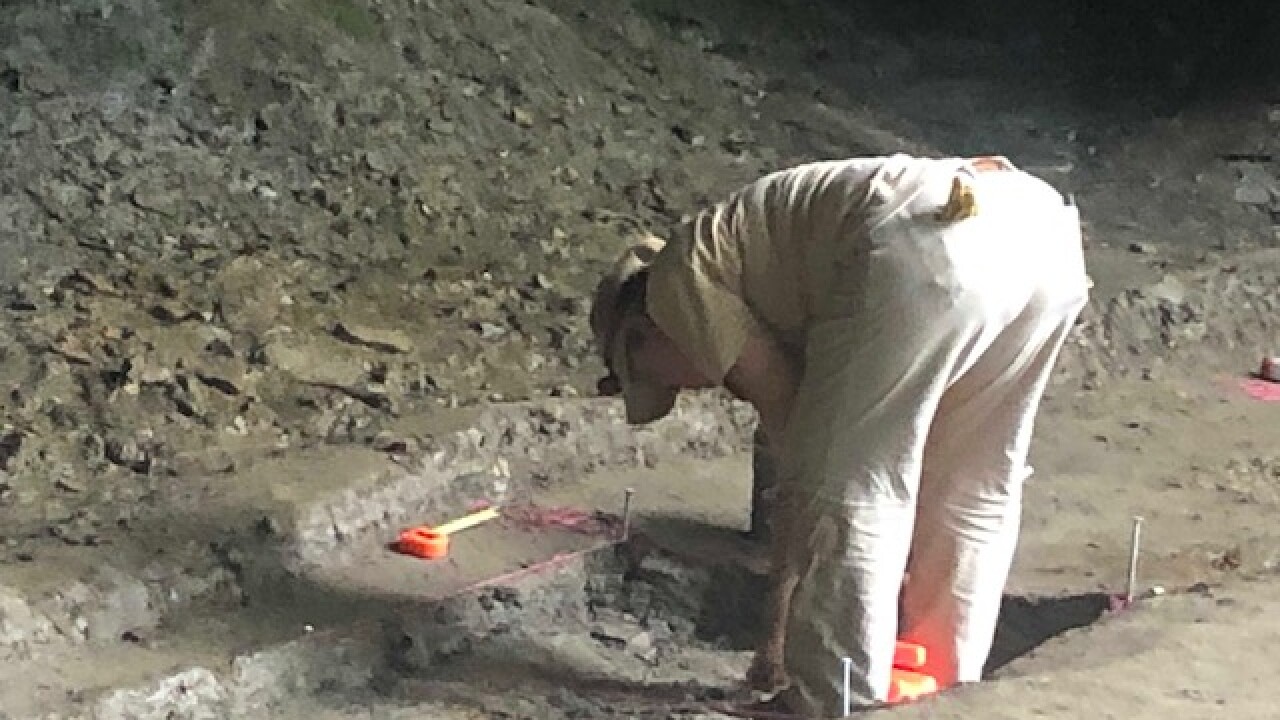 CUYAHOGA FALLS, Ohio — Archaeologists are spending the week digging for any clues that could show evidence of prehistoric human habitation around Mary Campbell Cave at Gorge Metro Park in Cuyahoga Falls.

Megan Shaeffer and Charlotte Gintert, both archaeologists with Summit Metro Parks, are getting assistance from volunteers as they scrape, dig and collect soil around the gigantic shale and sandstone overhang.

"Anything that we can come up with from the prehistoric period would be fantastic," Gintert said.

On average, the digging is going down about ten centimeters. Soil samples are carried over to a sifter. Possible artifacts are then bagged up to be taken to a lab for further examination.

"We're looking for evidence of stone tools, which is like flakes instead of the stone tools themselves. That will show that people were occupying this space and making tools here on site," Gintert said.

In 1935, the spot was named Mary Campbell Cave in honor of a 12-year-old girl from Pennsylvania who was allegedly kidnapped by Native Americans in the 1700's and likely taken to Ohio.

"There is kind of a lore that's built up that she may have lived here in this rock shelter," Shaeffer said.

However, Shaeffer said historians can't find any proof that Mary was actually at the site, so the Metro Parks is in the process of renaming it "Old Maid's Cave," which it was originally called in the 1800's.

Regardless, Shaeffer realizes going back to the old name likely won't stick with Akron-area residents.

"I think [Mary] will always be here in spirit. I think people will always call this place Mary Campbell's Cave," she added.

So far, the dig has unearthed glass and drainage tile that appears to be from the 1920's or 1930's, but the possibility that something much more historical could be underground will keep the group digging the rest of the week.

"We do want to know if there is prehistoric occupation here. It is possible," Shaeffer said. "We're really trying to for the first time let this rock feature tell us who was here."

A daily "Ask an Archaeologist" event will take place from 11 a.m. to noon through August 2 at the excavation site.