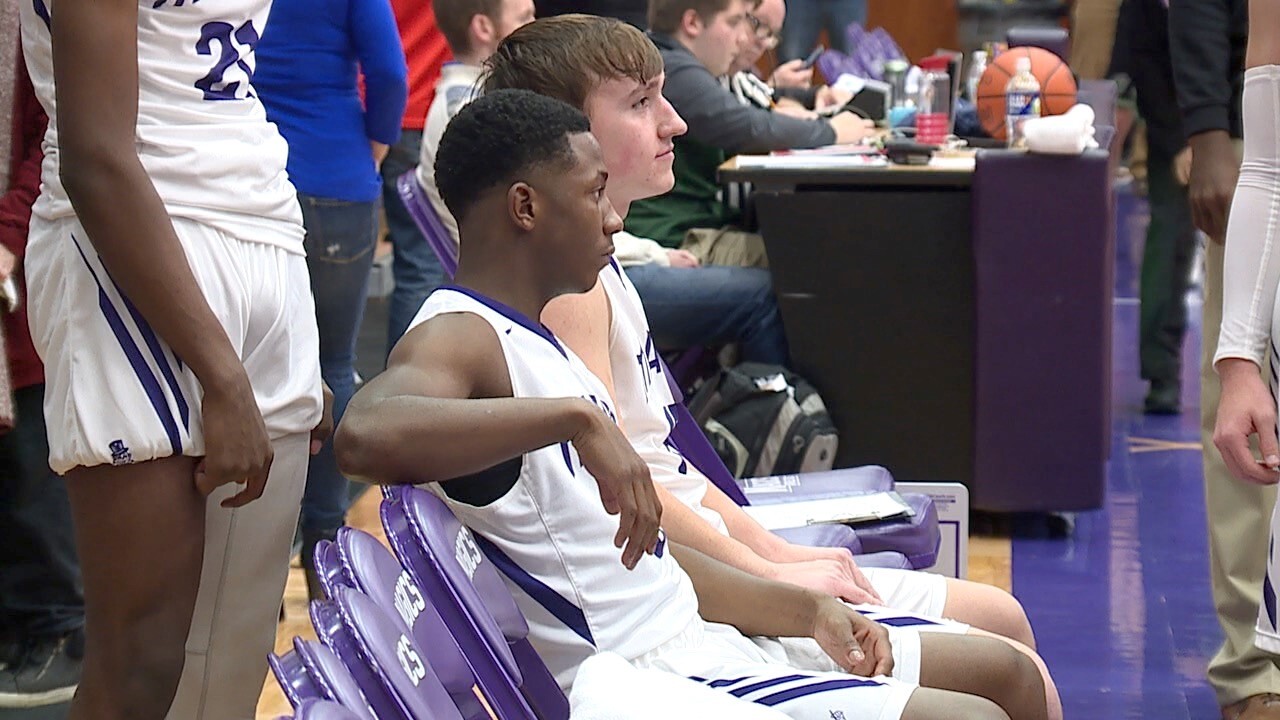 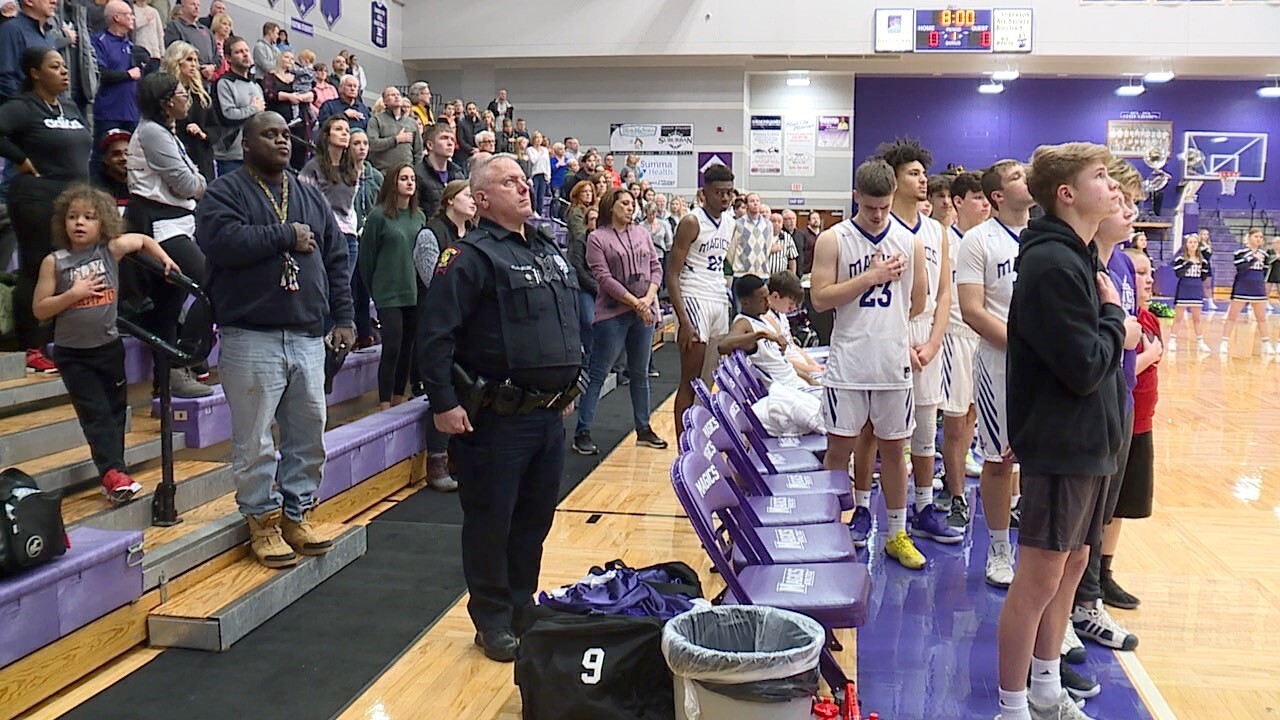 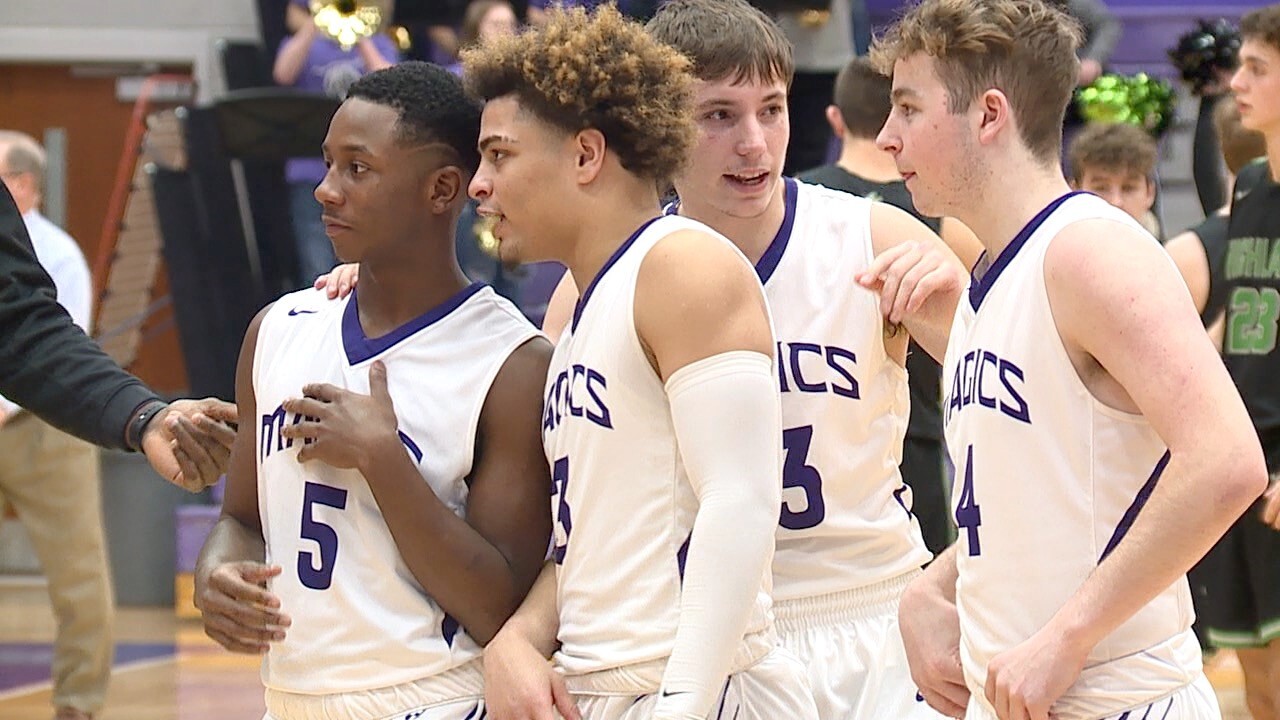 BARBERTON, Ohio — Whether his team is playing at home or away, a Barberton High School varsity basketball player is sitting down for what he believes in.

“School can be tough for me sometimes,” 17-year-old D’Lawrence Scott said. “Adversity is there.”

Scott said the adversity starts right before he steps on the court when the national anthem plays. Instead of standing with his teammates and fans, Scott remains seated.

“I've been doing this since my freshmen year when I was playing at Buchtel,” Scott said.

“I went from over there, sitting my freshmen year to here, my junior year, and it’s just exploding everywhere,” Scott said.

Despite what has been reported in the media, Scott said this is not a form of protest.

“It's not about just police brutality, it's deeper than that. That’s my religion,” he explained. “I have no disrespect for the national anthem. I actually have a brother in the military. It’s not that we’re sitting because we hate the anthem or anything like that. We just don’t stand for any idols."

“Anything handmade, the flag, we don’t stand for that,” Scott said.

Despite support from his teammates, Scott’s actions stirred up controversy in Barberton. His father, Lawrence, said reaction from the community has been overwhelming with negative—and sometimes threatening—comments on social media.

“If they’re going to do something like that, all we can do is pray for them,” Lawrence Scott said. “I raised my kids to be positive citizens in society and that's all we wanna be.”

Barberton City School officials declined to comment. Instead, they referred News 5 to the following statement that was posted on Facebook:

We are aware of the Barberton High School student-athletes who have chosen not to stand during the pre-game playing of the United States National Anthem. The Barberton City School District supports every student’s right to free speech, as protected by the United States Constitution and supported by Ohio Revised Code (state law). Ohio Revised Code 3313.602 states that a school district cannot compel an act of patriotism on the part of a student. Laws similar to this Ohio state law have been challenged in the United States Supreme Court, dating back to 1943 (West Virginia State Bd. of Educ. v. Barnette, 319 U.S. 624). Then the Supreme Court ruled, “students may not be required to salute the American flag or recite the Pledge of Allegiance at public schools.

While many people may not share this student’s point of view, as a public school district we are proud of all of our students who are learning important lessons about life that public schools are uniquely suited to teach - that people can hold different beliefs and can still coexist, get along, and even work together toward common goals.

As the season continues, D’Lawrence Scott says he will prevail.

“I hope to see that everybody comes to a nice conclusion about it even, if we're not on the same page. Just to respect that,” he said. “I'm going to continue to do what I do, stay focused, sit down and worship my God.”