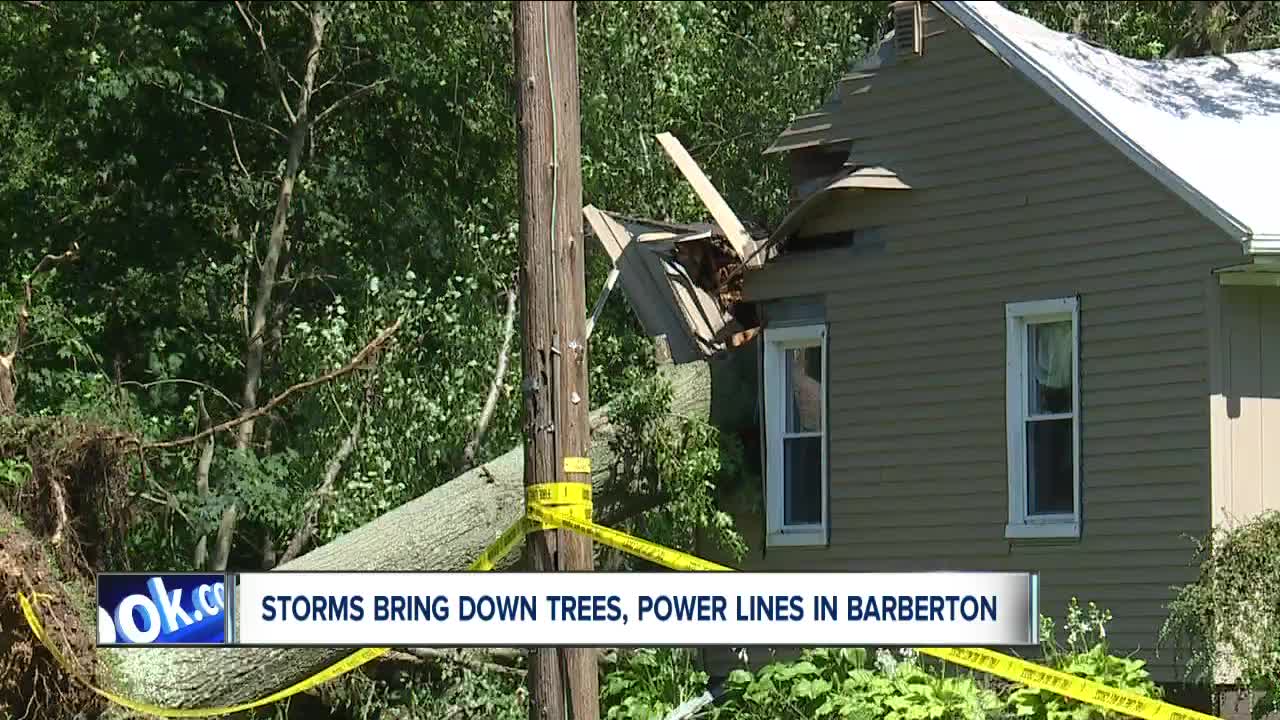 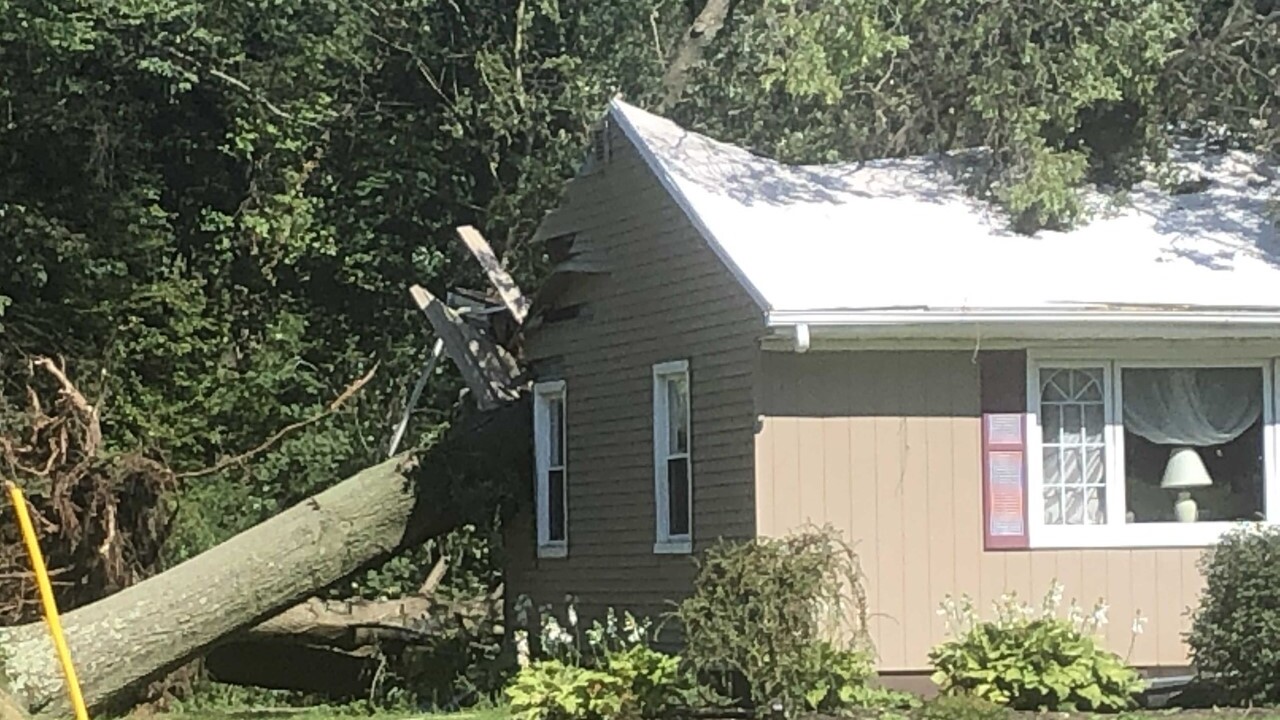 BARBERTON, Ohio — A neighborhood on the east side of Barberton is cleaning up after a fierce storm rolled through in a matter of minutes and left behind a lot of damage.

Several trees, branches and power lines came crashing down on East Tuscarawas Extension as high winds and rain whipped through the area. Residents suspect the damage was caused by straight-line winds, but some wondered if a tornado could have touched down briefly.

A tulip tree, estimated between 150 to 200-feet-tall landed on Dan Plucinski's home.

He was shopping at the time and returned to see the tree on his roof over a computer room, bathroom and bedroom. Part of the ceiling is collapsing and a branch that penetrated the hallway is sticking in a bucket.

"Pretty lucky not being here when it happened. It could have fell through all they way," Plucinski said.

A few doors down, another family was forced out of their home after a tree landed it on it.

Mayor William Judge said that family was being assisted by the American Red Cross.

Their neighbor, Steve Mosyjowski, also had damage to his roof and his garage, but he's grateful it wasn't more serious because there was very little time to react to the storm. He was grilling dinner when all of sudden the storm hit hard.

"The next thing we knew it was like a two-minute event. Everything turned gray. You couldn't see anything. I heard things cracking. I jumped into the house," Mosyjowski said.

Mayor Judge surveyed the damage on Monday and checked on residents to see if they needed any help with water or shelter.

For Barberton, the latest storm added to a summer of wicked weather.

In June, about 100 homes were flooded and some residents had to be rescued after days of heavy rain.

Judge said some federal funding has been secured to help the flooding victims. He plans to checking on whether any federal money is available to help Sunday's storm victims, but felt homeowners would likely have to rely on insurance claims.

He believes there's more going on than just a bad stretch of summer storms.

"There's definitely something happening with climate change and you can see that the rains are being more frequent and harder," Judge said. "So (we're) really working with all of our partners and residents to gain a better understanding and control of the climate change that we've been experiencing," judge said.