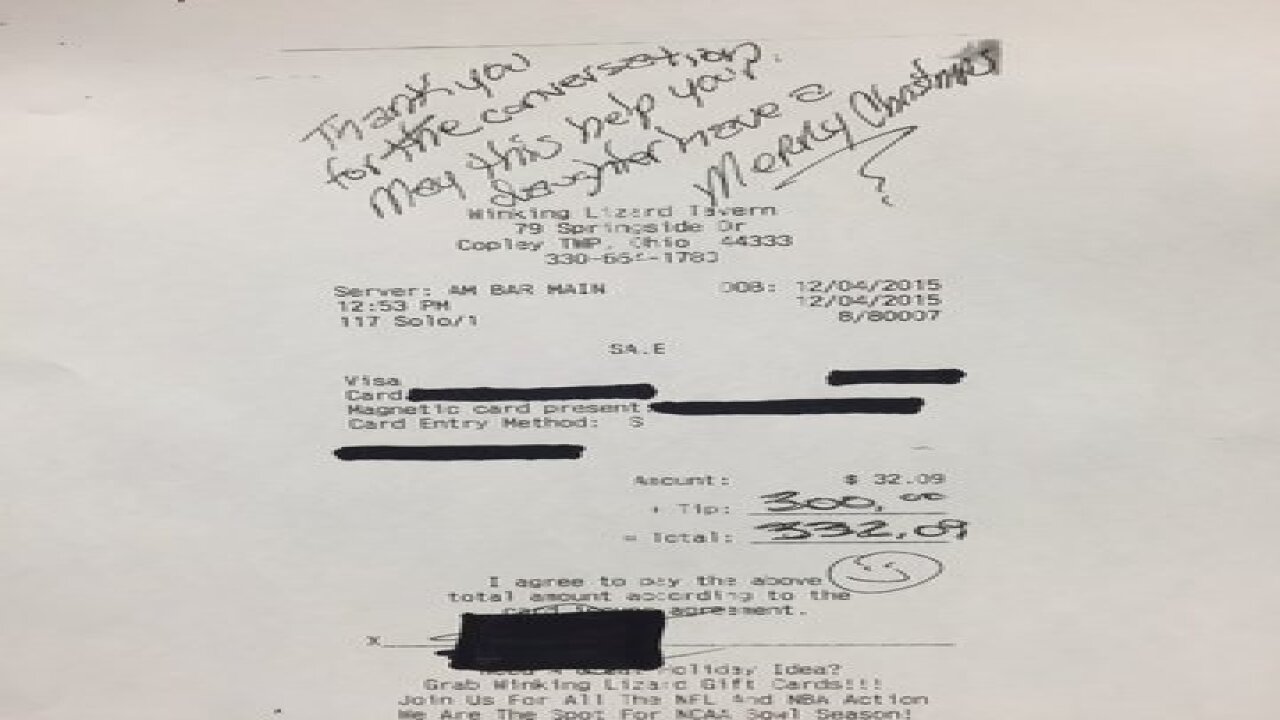 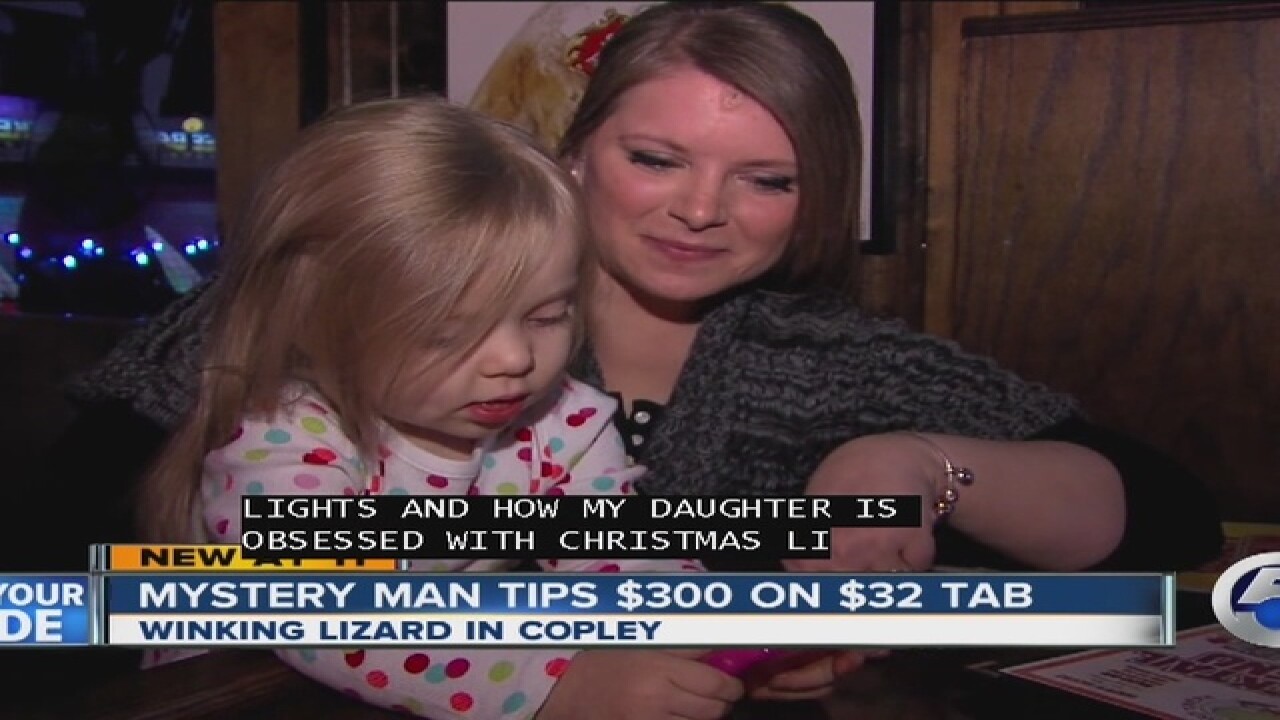 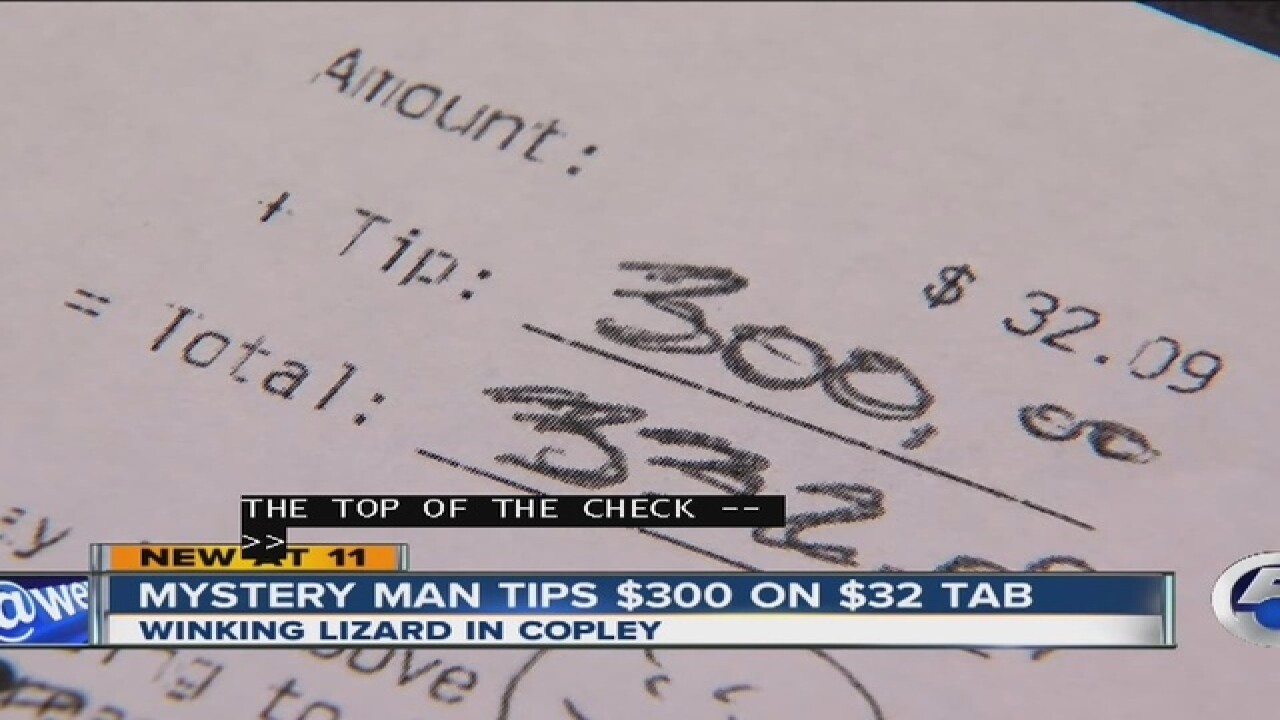 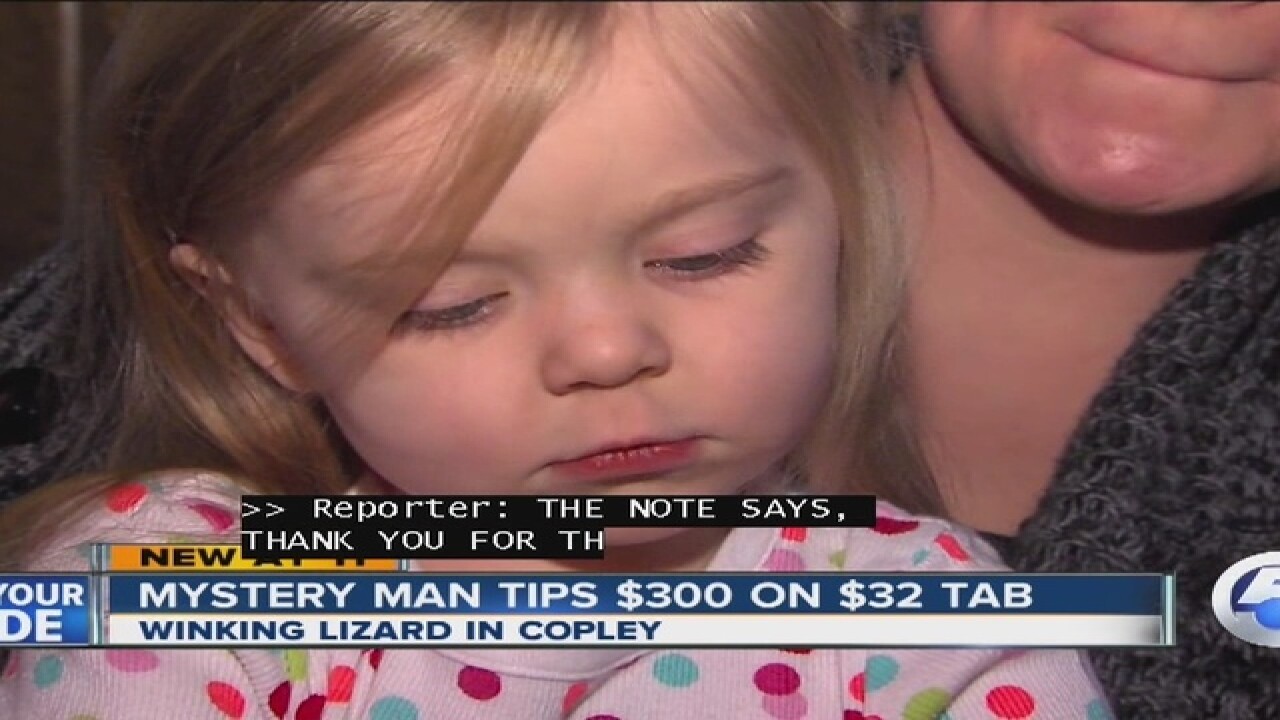 A simple message, scrawled on a receipt.

Christmas came early for server Amanda Konecny, a bartender at the Winking Lizard Tavern in Copley.

“I saw something at the top of the check, I didn’t have time to look at it,” she said Friday night. “When I finally got to it and saw it, I was almost in tears. I almost passed out.”

Konecny said he was her first customer of the day, a stranger in a bar full of regulars, who made casual conversation with her, telling her about his son, asking about her young daughter.

The message he wrote on the bill reads, “Thank you for the conversation, may this help your daughter have a Merry Christmas.”

So that’s exactly who the extra gift is going to, a mystery Santa for Konecny’s 3-year-old daughter Aria.

“I guess it was just the right place, right time for me, which I’m so grateful for,” she said, adding that she would love to give the mystery man a big hug and take a photo with him so that her daughter knows how great people can be – and where this year’s Christmas presents are coming from.