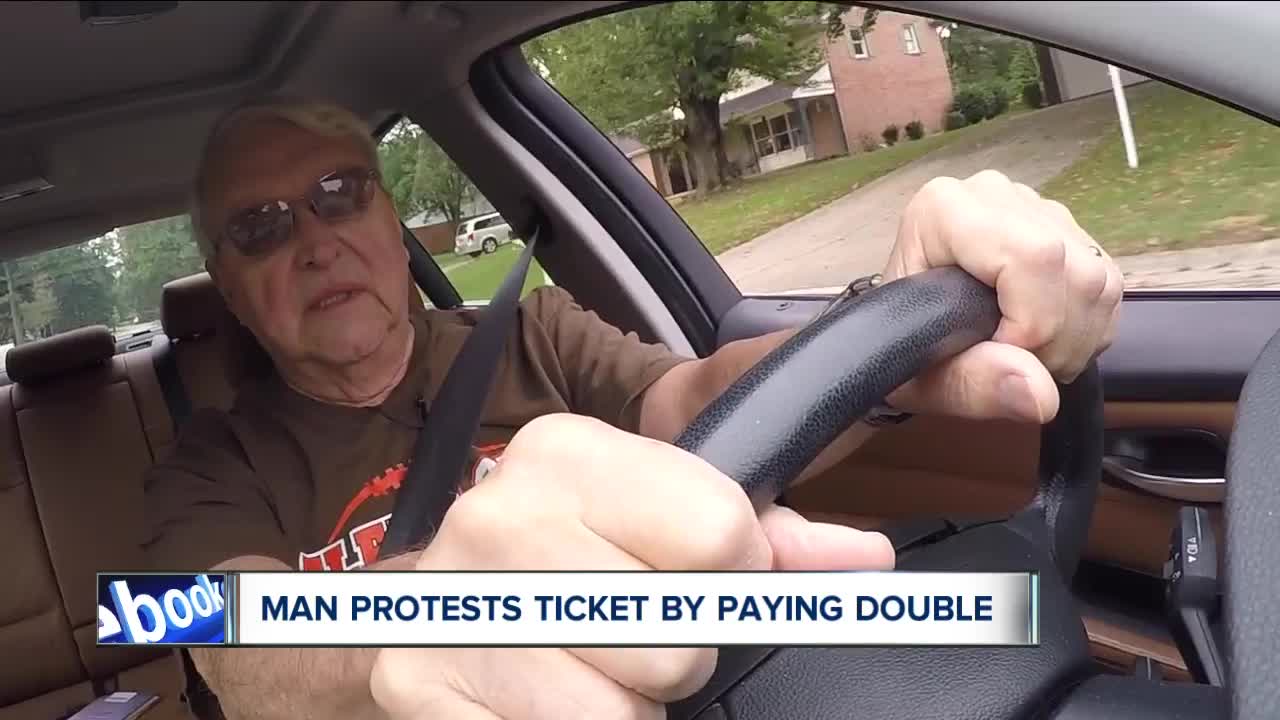 Plenty of people challenge traffic tickets by pleading their cases in court. An 81-year-old North Canton man, who was pulled over in Shreve, didn't fight his ticket, but he did find a very unusual way to protest it. 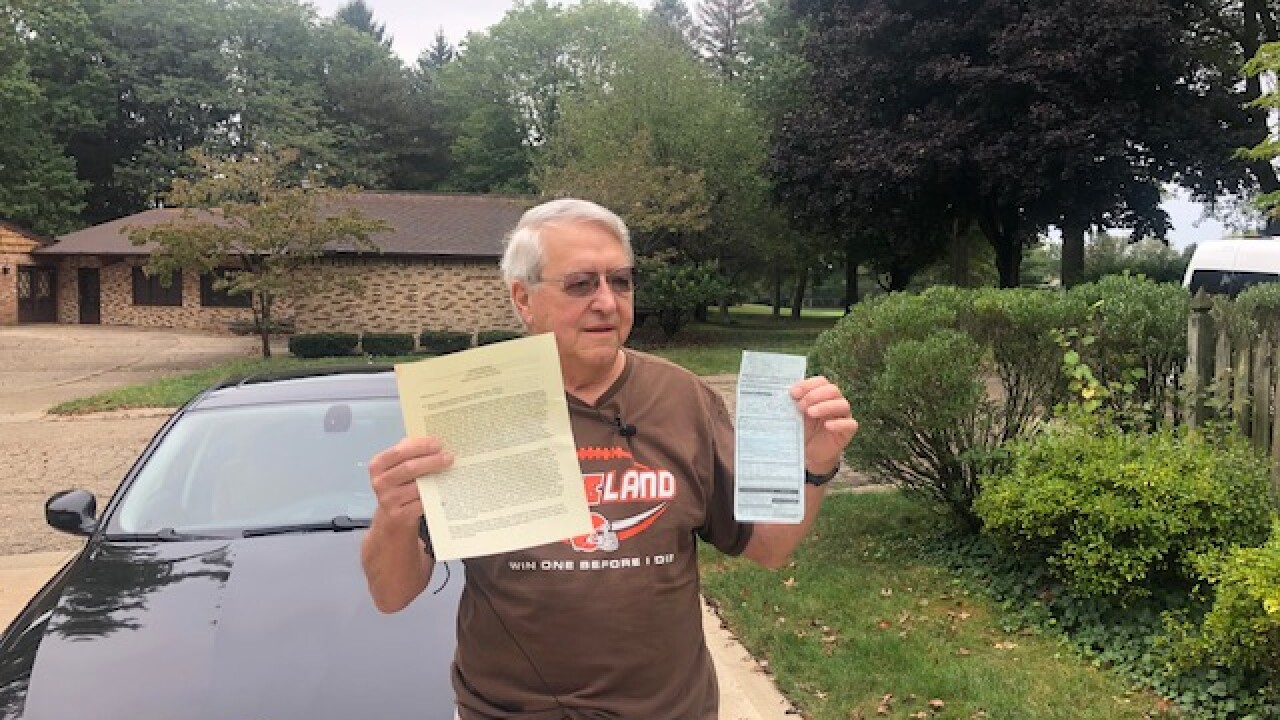 An 81-year-old North Canton man, who was pulled over in Shreve, didn't fight his ticket, but he did find a very unusual way to protest it by trying to double his own fine.

That may sound odd, but Dan McGrew said he wanted to make a point.

On September 7, McGrew and his wife were driving through the village after a trip to the Pine Tree Barn. As McGrew approached a stop sign at Market and South streets, he did not make a complete stop.

He was pulled over by Officer Chris Colyer.

"Immediately, the lights came on and we spent the next 35 minutes defending ourselves," McGrew said.

McGrew was handed a ticket and told News 5 he felt frustrated by the traffic stop because he wasn't cleared to leave for more than 30 minutes.

He decided to write a letter to Shreve officials. Even though he admitted to a rolling stop, he believed the officer should have issued a warning rather than a ticket.

"In my humble opinion, it was a marginal rolling stop, reasonable and a safe right turn with no living person or moving vehicle in sight," he wrote.

McGrew was ordered to pay $101 fine for the violation, but he decided to write a second check for the same amount.

"One for the violation, one for the officer," he said.

Shreve Magistrate Bill Rickett has never seen a driver try to double his or her own fine.

"That's the part we thought was very puzzling as to why he would do that," Rickett said.

McGrew said it was his own unique way of protesting the ticket and sending a message.

"Maybe the city or Officer Colyer needs the money more than I do and if that be the case, why not double the fine," McGrew said.

Rickett said the village is planning to mail the check back to the driver and stressed if McGrew wants to challenge the ticket or the stop sign law, he should have pleaded not guilty and gone to court.

"I don't know if everybody else does it (rolling through stop signs), but you're not supposed to. That's the whole reason you have to come to a complete stop at a stop sign or a stop light," Rickett said.

McGrew will look for the second check in his mailbox, but he doesn't plan to send it back to Shreve. He has other plans.

"I'm probably going to frame it."