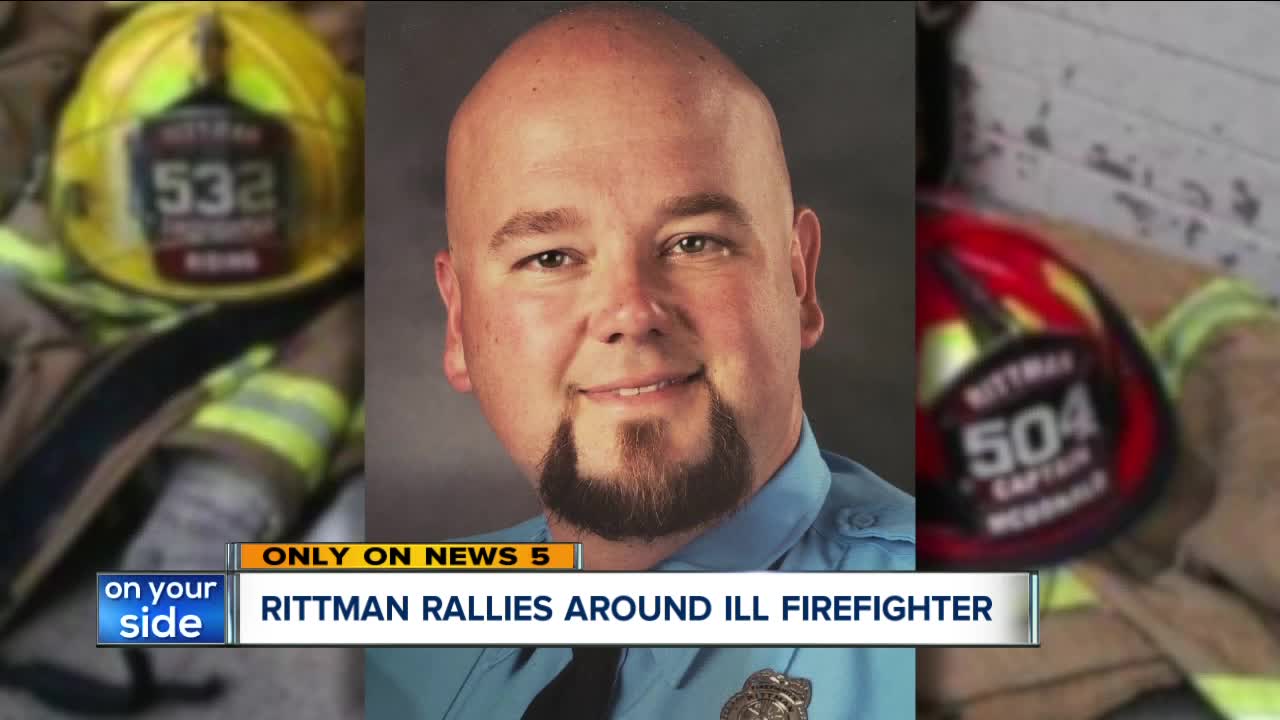 A Rittman volunteer firefighter nicknamed "Tiny" is grateful for the huge support he's receiving from the community after a sudden bacterial infection revealed a serious and potentially deadly heart condition. 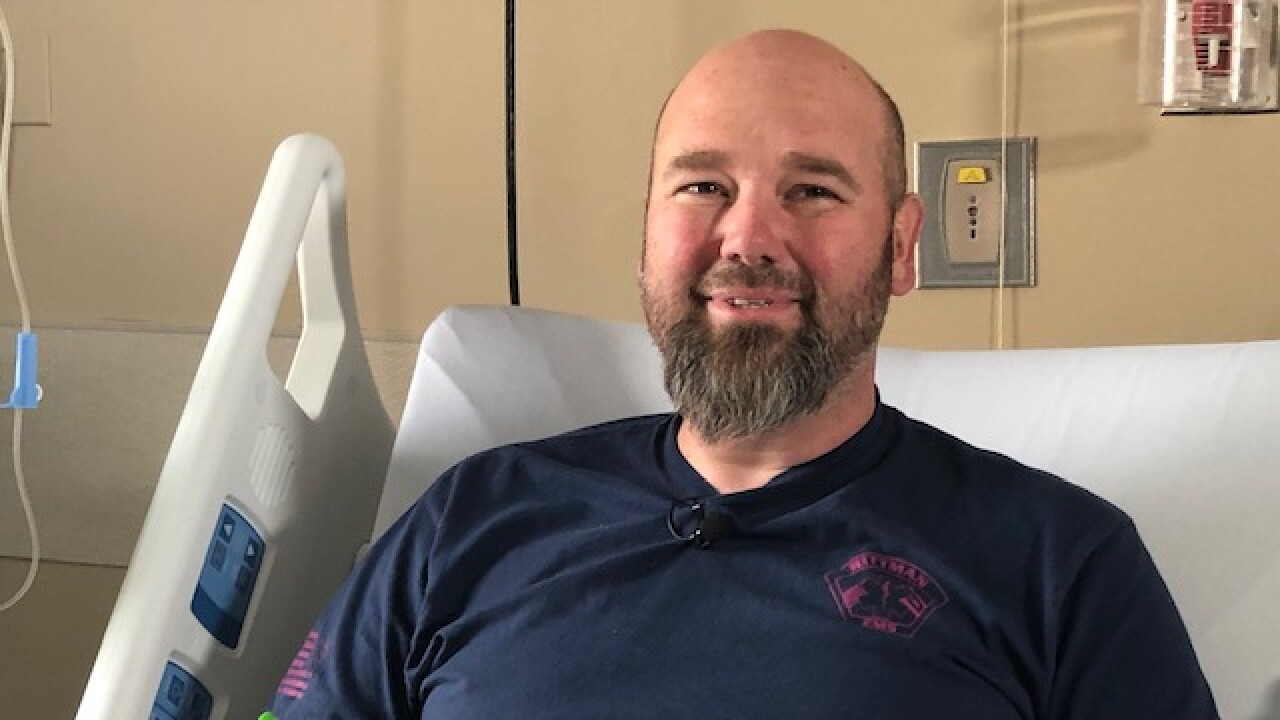 RITTMAN, Ohio — A Rittman volunteer firefighter nicknamed "Tiny" is grateful for the huge support he's receiving from the community after a sudden bacterial infection revealed a serious and potentially deadly heart condition.

"To see that many people who are standing behind me like that, it's amazing. It means a lot. I can't thank people enough," said Mike Riding while fighting back tears from a hospital bed at Cleveland Clinic Akron General.

In late October, Riding, 41, started experiencing severe pain, mostly in his back.

"Extreme pain — I've never had pain like that in my entire life," he said.

The pain worsened, and on November 2, fellow firefighters responded to Riding's home in Rittman and transported him to Wooster Community Hospital.

He was transferred to Cleveland Clinic Akron General where doctors determined an infection, which started in his foot, spread through the blood stream, affecting his muscles, spine and a heart valve.

"The first surgeon I spoke with told me I should just be lucky and thankful I'm not paralyzed or dead," Riding said.

Further testing revealed something else alarming in Riding's heart: blockage in an artery referred to as a "widowmaker." Riding said it's likely he never would have known about the serious heart issue if not for bacterial infection.

"It could have been bad news," he said. "I wasn't far away from a heart attack."

Fellow firefighters have been extremely worried about the man they call "Tiny" and they continue to look for ways to offer his family emotional and financial support.

His best friend, Assistant Fire Chief Kyle McDonald, created a GoFundMe page, which had raised $4,400 as of Thursday afternoon. An account has also been established at Huntington Bank.

Other fire departments, including Sharon Township and Wadsworth, are donating money. In addition, Rittman is organizing a vintage gun raffle, which could raise another $10,000.

The funds will help cover medical bills and for money Riding is losing while away from his full time job as a fire alarm installer.

"We're usually the ones to help the others that need help and now he's on the other end of this," McDonald said. "Our fire family is really strong and we do anything for each other at anytime."

Riding, who is married with two daughters ages 16 and 6, is preparing for open heart surgery on Monday. Naturally, he's nervous, but also feels comforted by all of the community support. The overwhelming kindness is making a man who saves lives take stock of his own.

"It's not lost on me how good people can be, definitely restores my faith in humanity," he said. "It makes me want to be a better person, makes me want to do whatever I can to help people."

Riding knows he has a long road ahead of him, but said he plans to return to work as a firefighter in a few months.