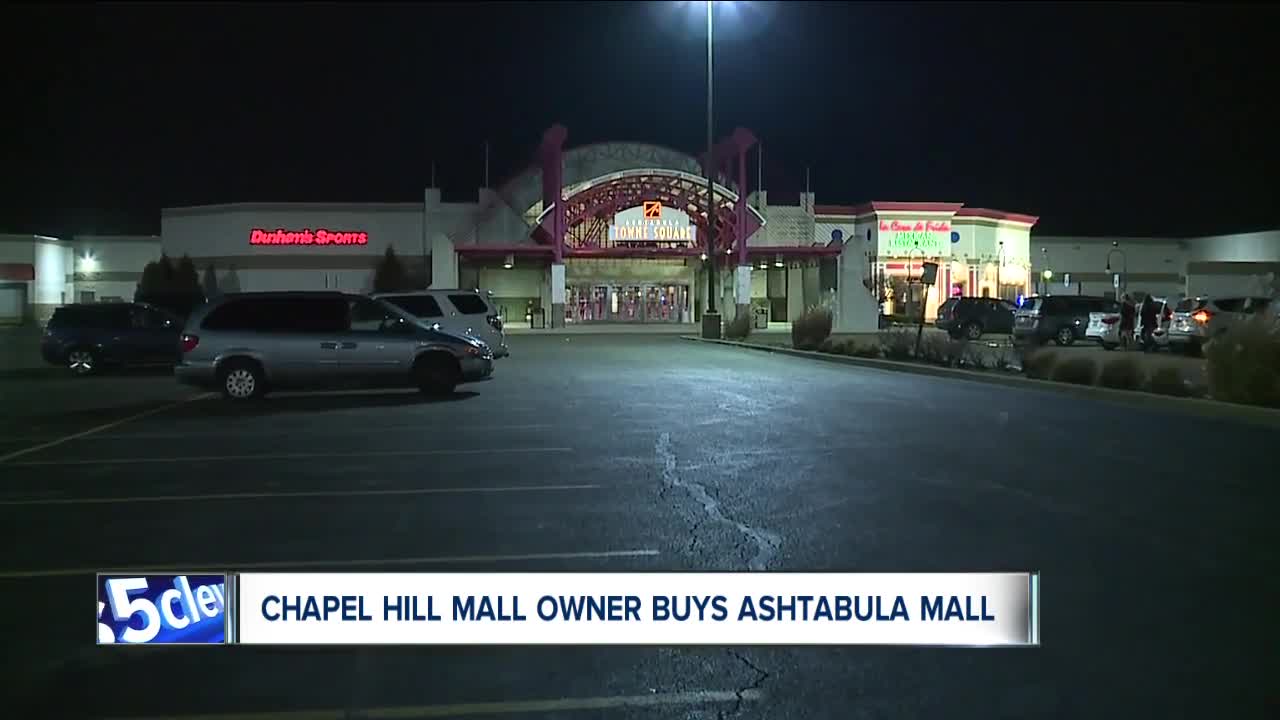 The owner of the troubled Chapel Hill Mall in Akron recently bought another mall in Northeast Ohio for more than $10 million. 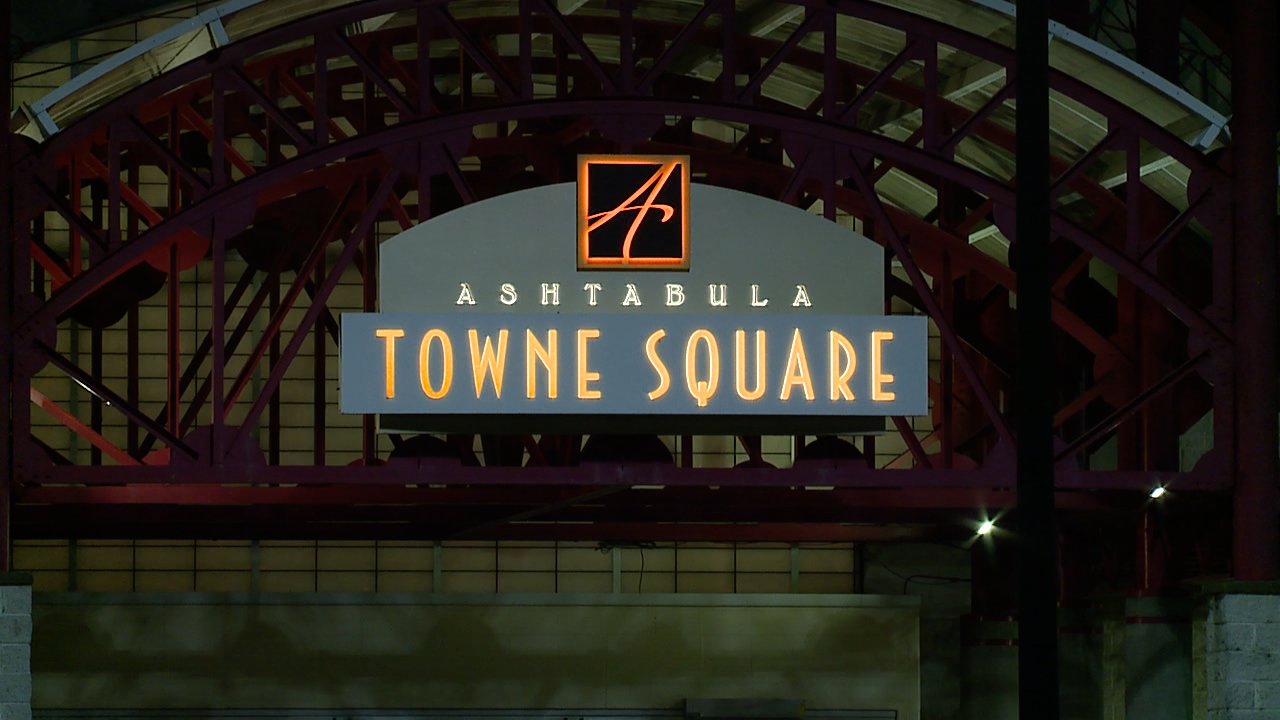 ASHTABULA, Ohio — The owner of the troubled Chapel Hill Mall in Akron recently bought another mall in Northeast Ohio for more than $10 million.

Documents show the Ashtabula Towne Square Mall was sold for a price of $10.25 million to Ashtabula Mall Realty Holding LLC of Great Neck, NY, with a transfer tax of $41,000. A search of the Ohio Secretary of State’s websites names Mike Kohan as the company’s agent.

By phone, Kohan confirmed that he was behind the limited liability company (LLC) that bought Ashtabula Towne Square Mall.

According to its website, Kohan Retail owns 29 malls, four of them in Ohio, including the troubled Chapel Hill Mall in Akron, which is currently in foreclosure proceedings due to failure to pay back taxes.

“Unfortunately, Chapel Hill has been a challenge from the beginning,” Kohan told News 5. “We lost tenants and unfortunately, income decreased in such a way that it was some difficulty to keep up with the bills.”

Kohan said he is making progress on paying the back taxes owed in Summit County.

“We’re not planning to give it up, and obviously we’ll get to the point that we will have some settlement at the end of the day and pay the taxes,” Kohan said.

As for Ashtabula Towne Square Mall, Kohan said he thought the property had “potential for us to do some development” and to increase traffic in the mall.

“I thought it was a good community,” Kohan said. “It’s sitting in a good town.”

Asked whether he would be able to afford the tax burden at his new property, Kohan said, “Absolutely, yes.” He added, “We are escrowing every month.”

One of his other Northeast Ohio malls, Richmond Town Square in Richmond Heights, is in the process of being sold, Kohan said.

Concerns about taxes and transfers

According to Ashtabula County Auditor David J. Thomas, the current taxes on the mall are approximately $60,000 to $65,000, based on the mall’s current value of $6.1 million. However, the county is currently revaluing property, as is required by the state every six years.

“That sale [of $10.25 million] will likely become the new value of the property,” Thomas said. “We’ll, of course, take a lot of time and look into the circumstances around the sale. Why were certain things sold for the way that they were? But more than likely, that will become the new value, which then, of course, will increase the mall’s tax burden as well.”

That Kohan was behind the LLC purchasing the mall was news to Thomas, and he said it illustrates a broader issue he and other auditors have been seeing.

“Our responsibility is to assign value and to assess taxes in as fair a way as possible,” Thomas said. “And so it gets a little bit tricky when we see LLCs and we see businesses creating shell corporations or masking ownership for transfers.”

In this case, Thomas said, the county “had full compliance with the transfer process, with purchase agreements, with being able to know what was conveyed at the time of purchase. The only question, of course, was ownership and kind of where the backgrounds were.”

Thomas said there is a bill at the Ohio Statehouse aimed at making the process of property transfers more transparent.

“Essentially pulling back the curtain and forcing the idea that when a property transfers, whether it’s John down the street or it’s Big LLC up in the city, that it’s fair and equitable during that time of transfer,” Thomas said. “Making sure that we have essentially the names, the information, who has possible back taxes owed, who has issues in the community."

How can someone who owes back taxes create a new business?

Case Western Reserve University School of Law Professor Anat Alon-Beck said about three-quarters of new businesses across the United States are formed as LLCs. They’re popular because they offer the tax advantages of a general partnership, but the corporate shield of a corporation, meaning owners aren’t held personally liable.

“Let’s say there are creditors in the future,” Alon-Beck said. “They can come after those assets that you put into that entity, but they cannot come after your personal pockets.”

Alon-Beck couldn’t speak about specific cases, but she gave general insight on how it’s possible for someone to create a new business when he or she owns another business that isn’t doing well for any number of reasons.

“It could be that it looks funny to you, and you’re saying, ‘How can this person do all these things, right?’” Alon-Beck said.

Alon-Beck said it is perfectly legal to start a new LLC, regardless of whether another business isn’t doing well. However, if there are bankruptcy proceedings on one business, it is illegal to fraudulently transfer assets from one business to another.

Allowing someone to take the risk and start a new business is at the core of what entrepreneurship is all about, Alon-Beck said.

“One business failed and you’re trying, ‘Let’s see what happens,’” Alon-Beck said. “Maybe I can, still within the same industry, be successful in a different venture, in a different location or even within the same location, but I’ll open a new company and let’s see if Lady Luck’s going to be better to me this time.”

She stressed that there is a difference between risk and fraud.

She added, “If there’s even any risk or suspicion of commingling of assets and any fraudulent things going on, then you can lift that corporate shield. We call it ‘piercing the corporate veil.’”

Thomas expressed both hope and concern that new ownership would continue to make the mall a community space. He said the previous owner, Ken Kister, and investors were local and did a lot for the mall, not only by remodeling some of the facades, but focusing on bringing in local businesses as well.

“We don’t quite realize it, until it changes over, just how lucky we were to have a local investment group with Ken kind of leading the charge and being that community face,” Thomas said. “He was constantly at the mall, always looking for ways to improve it.”

Thomas also noted that Kister donated “quite a bit of space and energy consumption for local nonprofits,” such as the RAM Clinic, to hold events there.

With Kohan’s failure to pay back taxes at Chapel Hill Mall, Thomas said the county hopes that won’t be an issue. He said when businesses don’t pay their fair share, it can have a negative effect on everyone.

“It’s demoralizing, in a sense,” Thomas said. “We all have a duty to give back. The whole idea of property taxes, of businesses, residents, of farmers paying their taxes is they’re contributing back to their schools, to their first responders. And when, especially larger businesses, don’t do that, what does that say for the rest of the community?”

Thomas said he and the county would work closely with Kohan.

“We’ll be right there with this new owner, pushing him along and being a partner, ideally,” Thomas said. “[If] we start to see some concerns, then we’ll be right there too, to say, ‘How can we help? What are your needs?’ and making sure that he follows up with those promises, too.”

Kohan told News 5 he planned to continue holding community events at the mall.

“Whatever I have to do for the community, it’s my responsibility, not even out of my heart,” Kohan said. “I think it’s the responsibility of a mall owner to work with the community and especially for those kind of events. I’m for it. We are planning to put more events in a different shape and form.”