No one on the ship tested positive for coronavirus 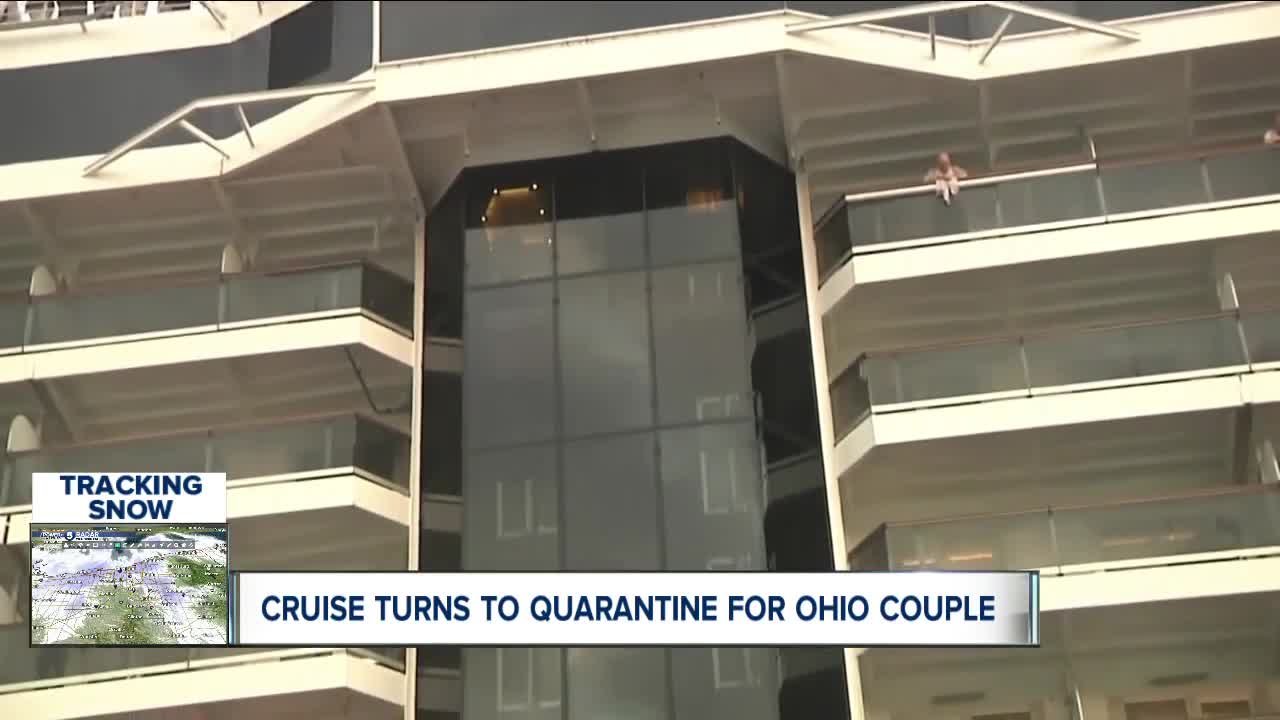 A Northeast Ohio couple has returned from a long vacation that ended in quarantine. 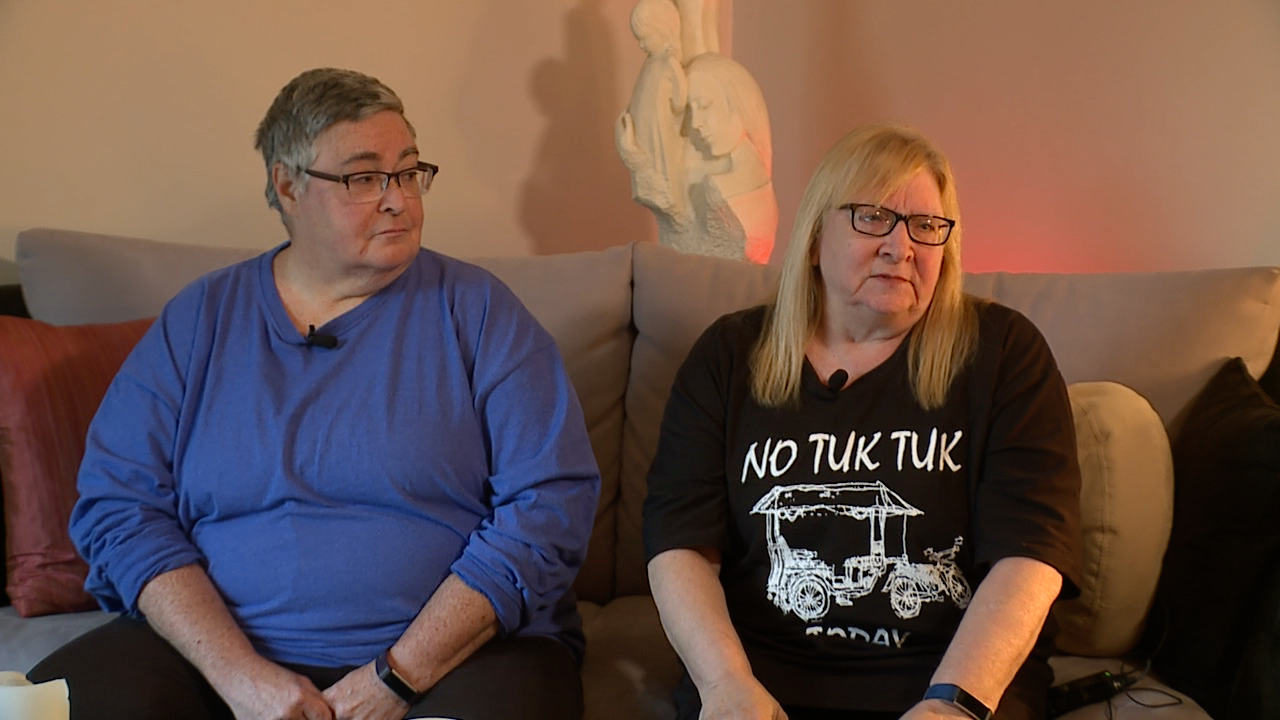 SOUTH EUCLID, Ohio — A Northeast Ohio couple has returned from a long vacation that ended in quarantine.

Karen Brooker and Collette Johns were traveling in Asia on what was supposed to be a two-month vacation. They planned to spend 30 days on a cruise, with a total of 30 days before and after the cruise of traveling on their own.

“We went to Kuala Lumpur, we went to Singapore and we picked up the ship in Singapore, I believe it was January 15,” Brooker said. “Thirty days on the ship and then we were going for about two and a half, three weeks to Thailand.”

The couple never made it to Thailand, though. They enjoyed the first part of the cruise, but when they got to Ha Long Bay in Vietnam, they found out about coronavirus concerns in Hong Kong by listening to the TV and radio.

“We didn’t want them to go to Hong Kong. We would’ve been much happier if that disembarked in Ha Long Bay and bused them to Hanoi and canceled the people coming on [in Hong Kong],” Brooker said. “And we probably would’ve been able to dock, but that’s not what happened and hindsight is 20/20.”

People who had been to mainland China before the cruise and planned to get on in Hong Kong were not allowed on, according to Johns. Neither of the women noticed anyone who appeared to be getting sick, but the captain of the ship soon started making announcements about changes in their schedule as countries refused to let the ship dock and allow passengers to get off and travel home.

Brooker and Johns said they and others had booked tours off the ship and did not have internet or phone access to change or cancel things.

“So it was very, very stressful. Physically, we were all OK,” Brooker said. “The stress of knowing that anybody on the ship could get sick at any time, and that we couldn’t arrange and cancel our tours, make new ones, all of that really wore on us day by day.”

The efforts to get everyone off the ship weren’t going well, either.

At one point, they were told they could dock in Bangkok and fly home from there. But as they got close to Thai waters, a Thai naval ship pulled up alongside theirs to keep them away from Thailand.

It seemed like they wouldn’t be able to dock anywhere.

“I think that’s when we all knew we were in big trouble, because even Guam wouldn’t let us in,” Brooker said.

The ship had plenty of fuel and provisions, according to the couple, and the staff took excellent care of the more than 1,200 passengers.

“The crew and the officers were the best on any cruise we have ever been on and we’ve been on over 30 cruises,” Brooker said. “It became like home. Personally, I found it difficult to get off after a while, because we were living in a health bubble and now you’re sending us out there where people are sick.”

Johns described the experience as “mind-numbing” at the beginning, as hundreds of passengers tried in vain to use limited bandwidth to book expensive, last-minute flights, which they later had to cancel.

“It almost became like a transatlantic cruise at that point, where you’re just at sea and just forget about it and relax, except you didn’t know what tomorrow was,” Brooker said. “So the mental drain was very, very difficult.”

Eventually, though, Cambodia opened its doors to the travelers. The prime minister came on board without a mask, according to Brooker and Johns, and gave the passengers scarves. The passengers were later taken from the ship to buses, escorted by police to the airport and flown to Phnom Penh, before taking another bus to a hotel where they were quarantined by the Ministry of Health in Cambodia.

The passengers had already been tested on the ship, but this time, they were given more intensive tests.

“All tests came back negative, but until you knew, you just didn’t know,” Brooker said.

After a few days in Cambodia, Brooker and Johns said they were given less than one hour’s notice and put on planes to Japan, then Washington, D.C., then Cleveland.

The couple said they never felt sick, even with a couple coughing nonstop in front of them on their flight.

When they returned home, they remained in quarantine in their house for another week. Initially, they did so at the request of the Centers for Disease Control and Prevention, but once that quarantine was lifted, they stayed put for another few days.

The couple is excited to visit soon with their new grandchild and Brooker’s 93-year-old mother.

As far as keeping coronavirus contained, Brooker said, “People have just got to tell the truth. If you don’t feel well, go to the doctor. Report it.”

She added that politicians must tell the truth about what’s happening.

“Whatever it is, we’ll deal with it,” Brooker said. “But we need to know the truth, because this thing is spreading fast.”