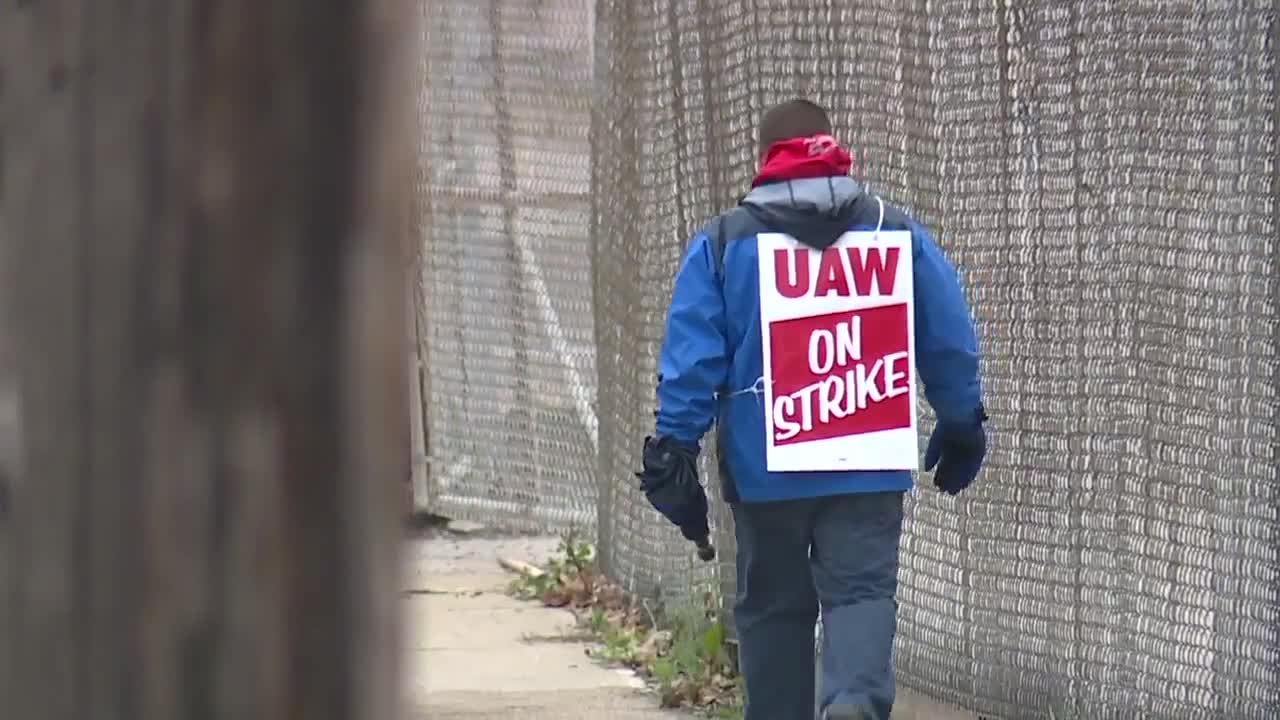 More than a month after the United Auto Workers General Motors voted to strike, negotiations between the union and General Motors may soon be coming to a close. PARMA, Ohio — More than a month after the United Auto Workers General Motors voted to strike, negotiations between the union and General Motors may soon be coming to a close.

The UAW and GM announced in statements Wednesday they'd reached a proposed tentative agreement but didn't offer details of the agreement to the public or to workers. Union leaders are scheduled to meet in Detroit on Thursday to discuss the details and decide whether to approve the agreement and send it to the full UAW membership for a vote.

In the meantime, striking workers remain on the picket lines. One man at the UAW Local union hall in Parma said they were treating day 31 of the strike just like day one.

One worker on the picket line in Parma said he'd been working for General Motors for 20 years and expected to retire in about four years.

"Be out here as long as it takes, I reckon," he said of the strike.

For workers in Lordstown, what happens in the negotiations and in the tentative agreement may decide their fate.

"We’re still holding out hope that we get a product out of this negotiation," said Tim O'Hara, president of UAW Local 1112 in Lordstown. "Because we always knew our fate would depend on this, and once we find out what’s in the details, then we’ll go from there and hopefully it’s good news for us here at Local 1112."

O'Hara spoke by phone to News 5 before heading to Detroit for Thursday's meeting. He said the workers in Lordstown were prepared to strike for as long as needed to show solidarity and to wait for an acceptable agreement with General Motors.

"We’ve had over probably 1,200 of our members that have had to transfer to other locations in other states after GM unallocated the plant," O'Hara said. "We have people spread out everywhere now from Local 1112, and we still have some here in the Valley. And once the strike was called, we’ve been manning the picket lines 24 hours a day. We’re using people who refuse to transfer but are still members of the Local, our retirees and we’ve had people coming back from the other states and helping us picket as well, after they finished their picket duty at their new location."

Roy Jech, who represents Ward 9 on Parma City Council, said the strike has had an economic impact on the community.

"It's the small businesses maybe in the surrounding area that you don't have people going to the gas station or to the deli or to the grocery store that normally would go out for lunch or whatever from this area," Jech said.

Jech, a former pipefitter and union member himself, said he supports the workers and commends them for standing their ground. He also said the community has shown support to the striking workers.

The 20-year employee of General Motors who continued to walk the picket line on Wednesday said workers loved the support they were getting from everyone. Still, they plan to remain on strike until they hear something official from leaders.

"Still gotta be ratified, but it's a lot better than not knowing," the worker said.